Chef Mark Briggs is the owner of Sardine restaurant in Paynesville, East Gippsland. He's brought his love of fresh produce and an impressive cheffing reputation, from the UK via Melbourne, to the Gippsland lakes to start a new journey with simple, seasonal ingredients.

Mark's interest in local produce, seasonality and sustainability is the driving inspiration for his approach to food. The eponymous sardine becomes a hero ingredient in his hands.

'We're right on the water and that plays a big part in how we use our menu and think about what we do. When we first came to the area, we went to the fish buyer and said, “I want whatever you catch as long as it’s fresh”. And he said, “Nobody’s ever asked me that before.”’

'It's very cliched to say, "Use what's in season," but actually getting the produce when it's at its best – there's nothing better.'

While other chefs were interested in salmon, snapper or tuna, Mark was driven through his passion for sustainability to go in the opposite direction – to use the little fish that are so often overlooked. 'We sell 20, 30 kilos of sardines a week and that's so important to us to use those smaller, amazing fish. In Europe that's the staple.' 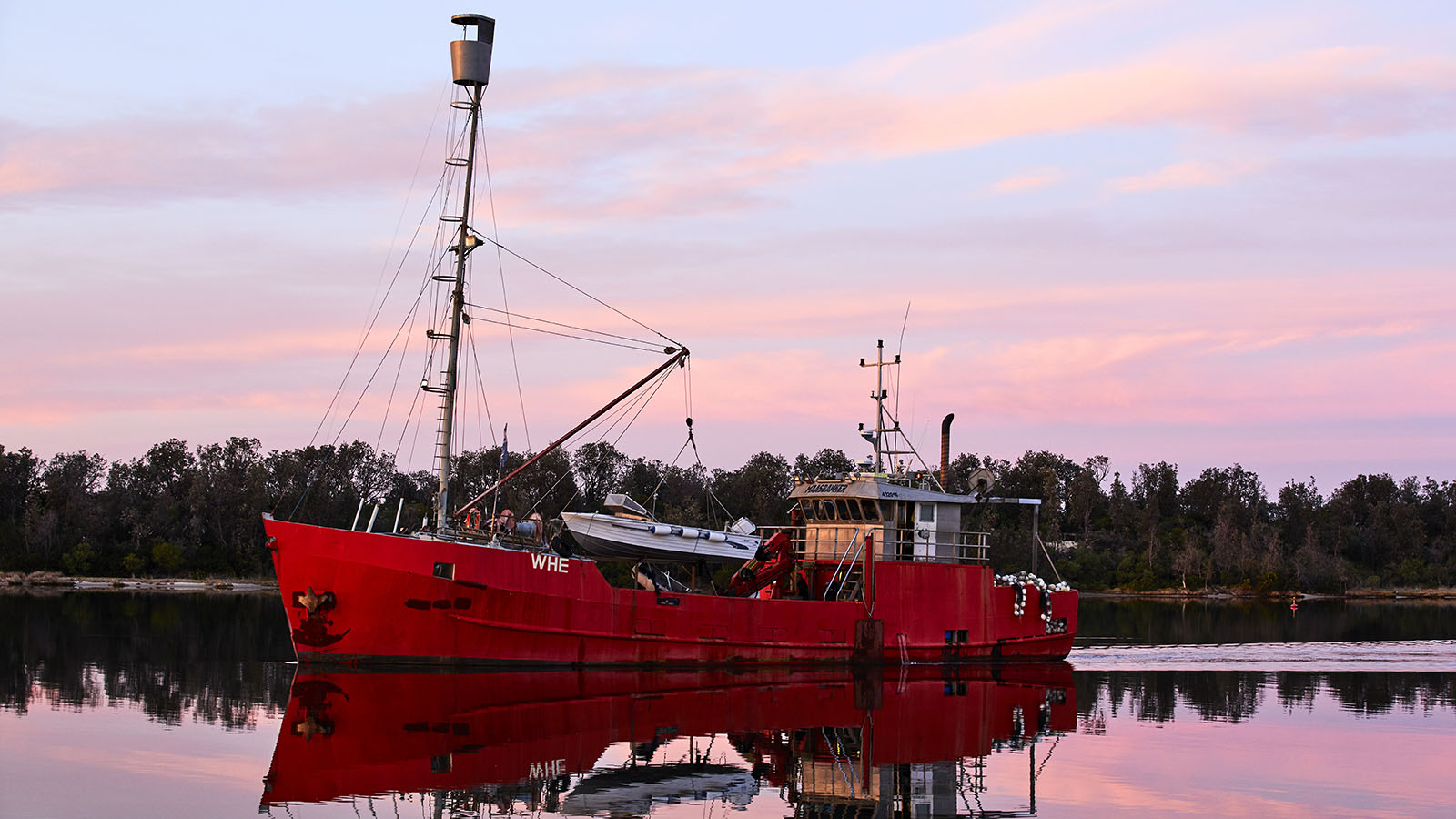 Mark grew up in a small village surrounded by fields, in the north of England, and went rabbit hunting as a kid. In his first job at The Old Manor House in Romsey, Hampshire – at age 17 – he learnt about foraging and sourcing ingredients that were abundant with each season. That first job, working under the skilled eye of Italian chef Mauro Bregoli, changed his life. 'That's really where I found the respect for nature and wildlife,' he says. 'Nothing went to waste.'

'We just celebrated the whole animal. And that was through everything, whether it was going to catch eels in the local stream or picking wild watercress by the side of that stream.'

He has particularly fond memories of mushroom foraging each autumn in the forest near The Old Manor House. They'd head out every morning and every afternoon, gathering wild porcini and pied de mouton by the kilo.

This respect for seasonal produce and feeling connected to nature is important to Mark. 'Without that I don’t think I’d be able to evolve the way I want to evolve. Being out in nature – it's amazing.'

Mark moved from the UK to work for Shannon Bennett at Vue de Monde in Melbourne, working his way up to head chef in his six-year stint. In that kitchen he had the privilege of creating dishes from some of Australia's most outstanding produce, such as truffles, caviar and wagyu beef. 'It was an incredible experience,' he says.

Working in Melbourne – which he describes as 'the best food city in the world' – he’d ask where the produce was grown. The standard answer was: 'It comes from Gippsland. Gippsland is fantastic.' 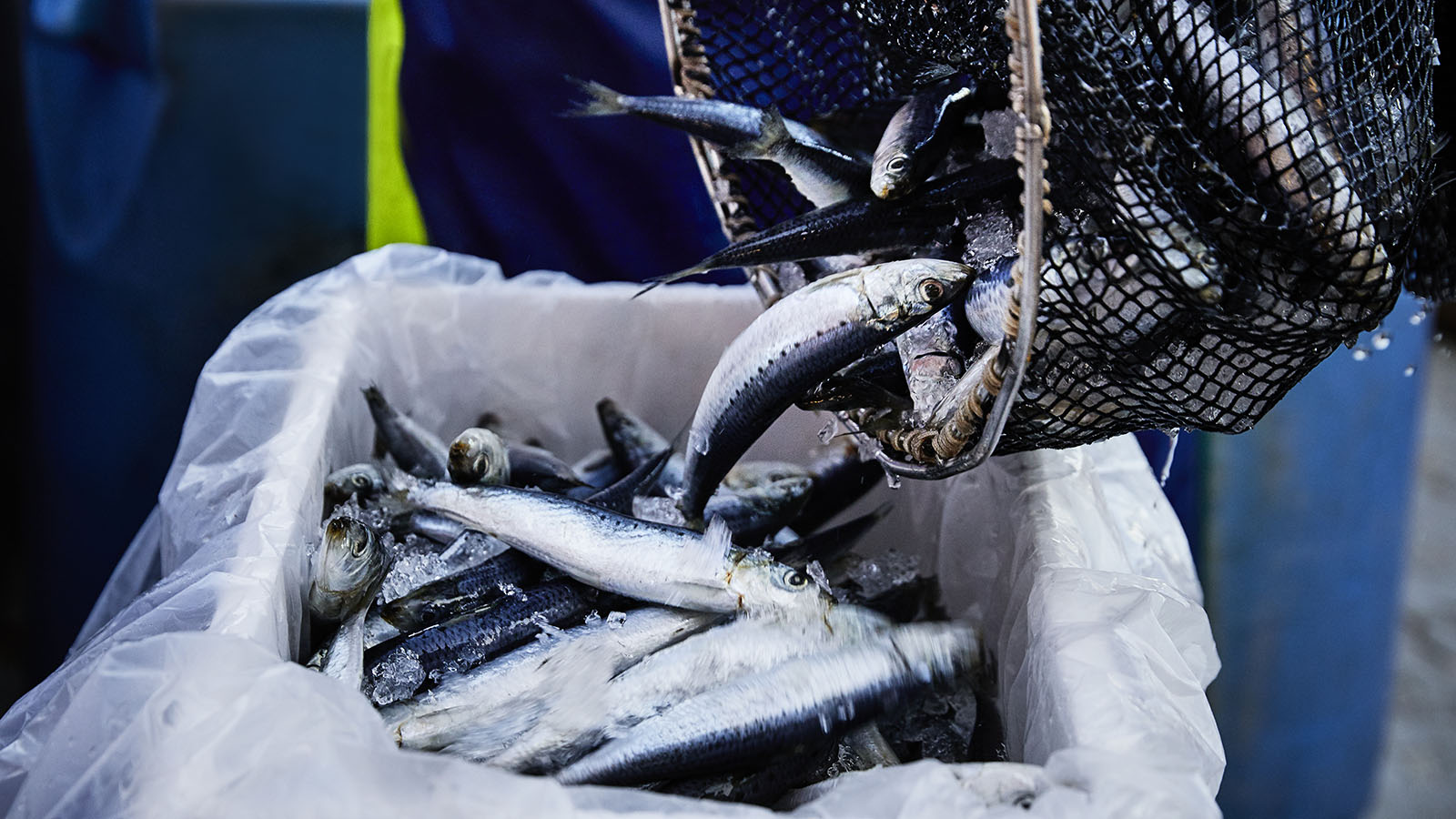 He decided to take his skills to Gippsland to create Sardine. 'We just wanted to do something different but bring all the years of knowledge, all the background, and celebrate the amazing produce in our style, which is something a little bit different.'

Again, it all comes back to the ingredients. 'I truly believe food should be honest and the ingredients should be celebrated […] If it's an amazing cauliflower, showcase it, make that the star.'

Learning of the local abundance offered by Gippsland's producers, he describes it as ‘a wow moment’. Farm fresh Forge Creek eggs, Mrs Beazer’s lemons, Raymond Island honey, smoked black garlic and beach herbs all play a role in the menu at Sardine.

'All these tiny little ingredients that play such a big part [in] our restaurant, and it's right on your doorstep. So we've sort of followed the produce to its home. It's life-changing.'

Mark talks about letting the ingredients tell their own story. 'I'm proud as a chef to be able to cook with these amazing ingredients and put [them] on a plate.'

'It's about celebrating the food that’s here. We're so lucky with the produce we have on our doorstep.'

The inspiration for the day's menu often comes with an early-morning call from Lakes Entrance fisherman Harry, letting Mark know what has been caught overnight.

'That first phone call at 5am, you know what you've got coming through the door. You know it's just been caught, you know it's fresh. That really sets you up. The brain starts ticking, you can't go back to sleep. You just want to get in the kitchen and use what you've caught that day.'

After Mark collects the fresh fish from the dock, it's on the trip back to the restaurant where the magic starts to happen.

'That's when you get to think about what you're going to do and how you're going to use this amazing ingredient. It might be mackerel; it might be Australian salmon. There's always something new, always something exciting […] That drive home, your mind is just racing: how can you celebrate this, what can you do [with the ingredients],' he explains. 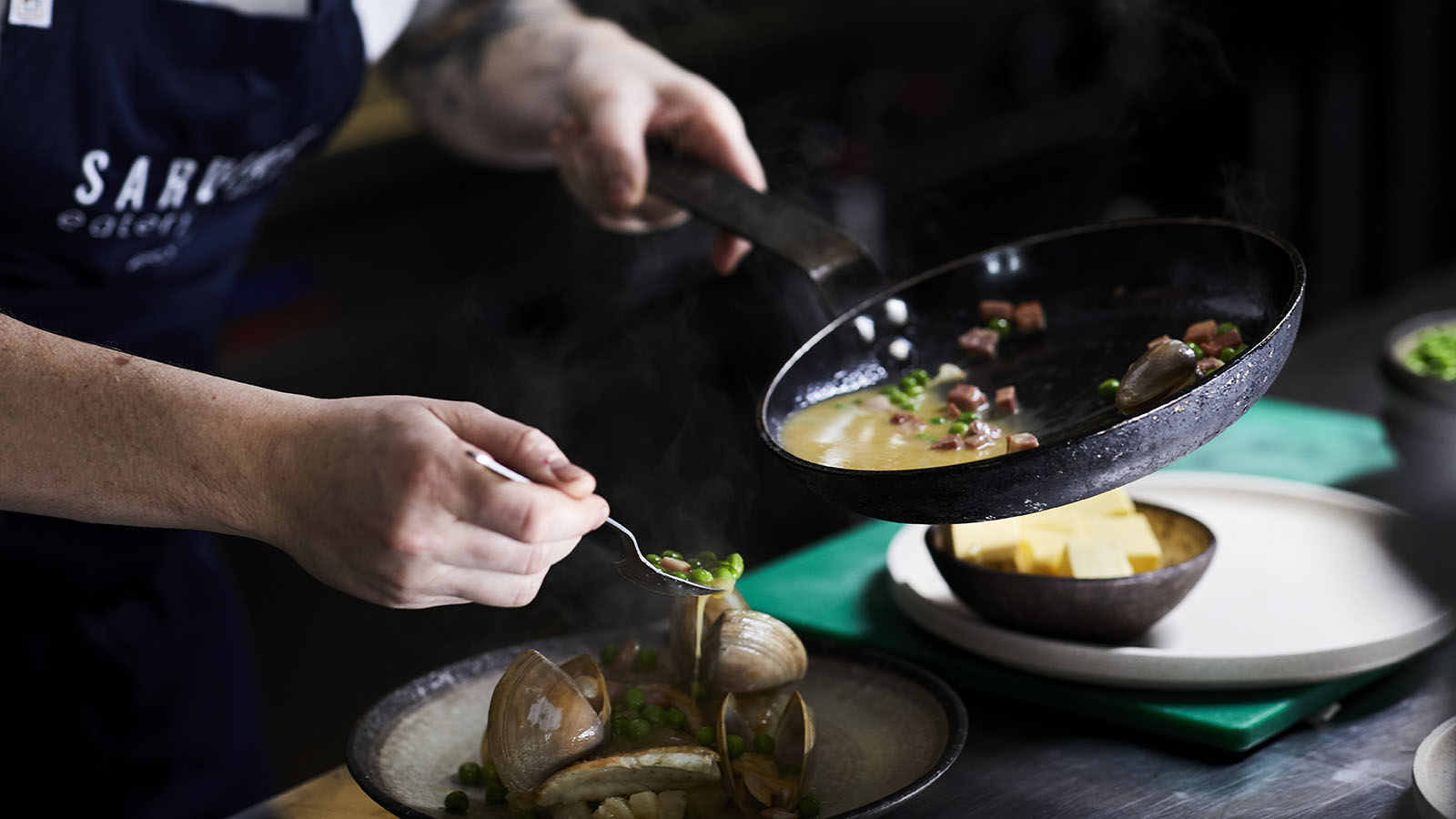 Nature remains a constant source of inspiration. 'I've always liked to live near the water. I've always enjoyed being outdoors. It really does play a massive importance in the way I think about menus, and the style of the dishes.'

While walking the dog along the beach or around the lake, Mark finds inspiration everywhere. 'Just being out in the fresh air, that's when the ideas start to flow.’

'You remember dishes and you remember experiences in previous kitchens and restaurants and it really helps you drive what you're doing. It's me telling my story of where I've come from and the things that I've found.'

Mark now calls Gippsland home: 'I know where I want to be, I know how I want to forward my career, and I know what I want to do with our restaurant. That's helped by the amazing produce and the passion of the local producers, which I think are some of the best in the world.'

Restaurants
SARDINE eatery + bar
Pull up a pew in the breezy dining room with views of the water and join in the celebration of Gippland's abundant local produce and fresh seafood.
Destinations
Paynesville
Set out for adventure on Gippsland's waterways from Paynesville, a charming village with canals and inlets providing plentiful sheltered moorings for boats.
Gippsland
Mark's favourite things
Get to know Mark Briggs, the creative mind behind Sardine in Paynesville, East Gippsland, on a tour of his favourites places in the region.