Top 10 things to do in Melbourne during the T20

Take a break in play

Sports lovers, get ready for four weeks of the hottest cricket action as the ICC Men's T20 World Cup 2022 comes to Victoria.

India and Pakistan take to the pitch at Melbourne’s famous MCG on 23 October, and the final two teams standing in the series battle it out on 13 November.

Between overs, make the most of your visit to Melbourne on an extended stay. You’ll be hitting sixes of your own with these top Melbourne experiences.

Relive legendary sporting victories and discover inspiring stories at the redeveloped Australian Sports Museum. The interactive, multimedia museum is home to an incredible collection of Aussie sports memorabilia. Pay your respects in the cricket gallery, or branch out into other codes before creating your own gold medal moments in the interactive Game On.

Book ahead for an MCG tour for a behind-the-scenes visit to the hallowed ground, including a visit to the media centre and a peek into the players' change rooms – check the timetable as tours will not run on event days. 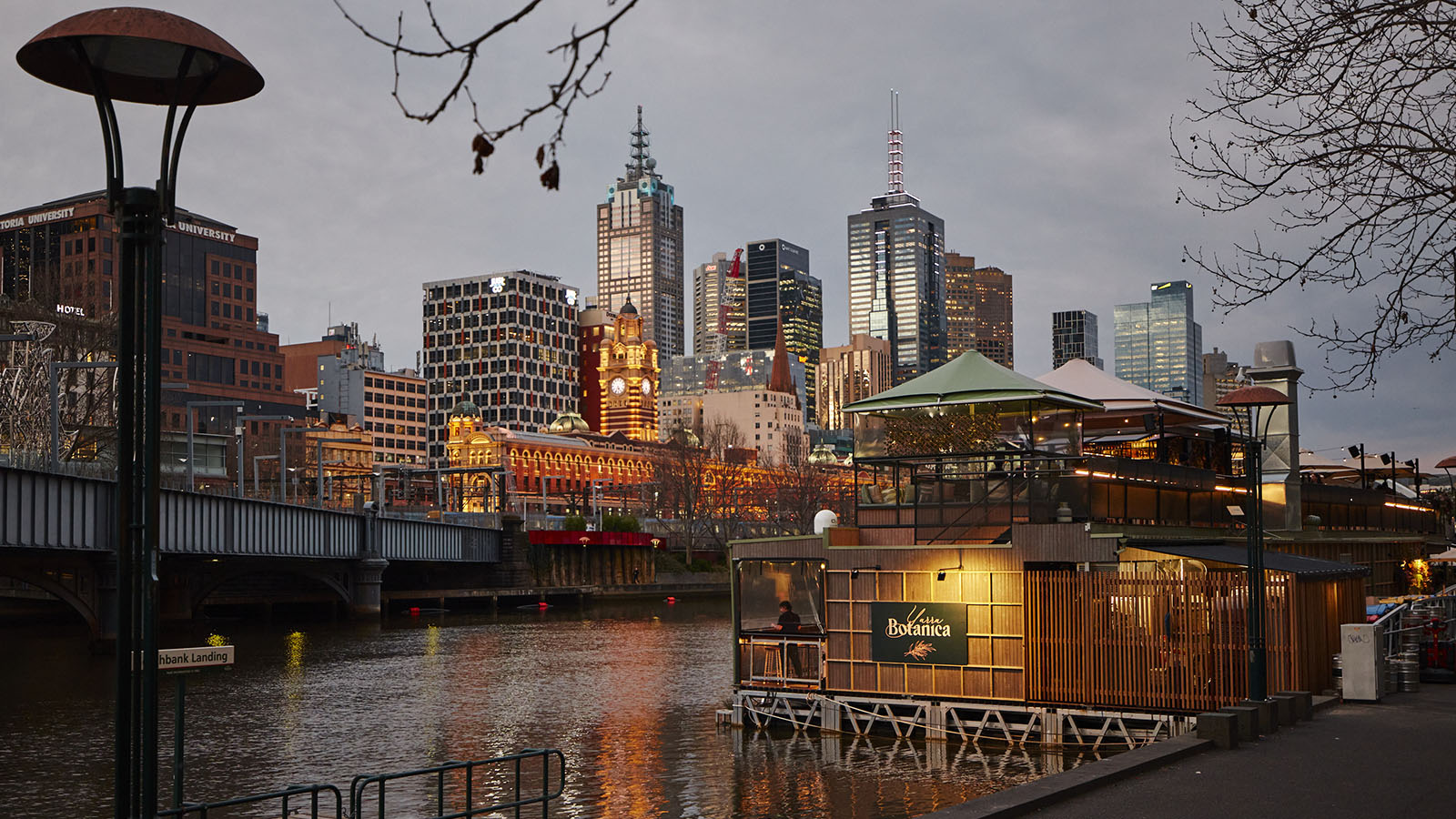 Gather a group and be the captain of your own electric boat cruise along the Yarra River with GoBoat Melbourne. Head upriver past the MCG or downriver past Crown Casino. Pack some picnic goodies and enjoy on the water in the spring sun.

For further fun by the Yarra, dine waterside at Arbory, or jump aboard Arbory Afloat. Raise a toast at Ponyfish Island in the middle of the river. And settle in for a meal of local Victorian produce at floating eatery Yarra Botanica.

Get to know native plants and learn about connection to Country on an Aboriginal Heritage Walk through the Royal Botanic Gardens.

Bring a day pack for some scenic walking trails a short drive or train trip from Melbourne. Delve deep into forest trails in the Dandenong Ranges National Park. Walk among lush ferns, discover gushing waterfalls, and hone your debate about the best batsman of all time. Zip down to Phillip Island for rugged Bass Strait coastline and salt-whipped breezes on the George Bass Coastal Walk.

Stick closer to the city within Melbourne's Yarra Bend Park, where stunning trails wend alongside the Merri Creek and the Yarra River. 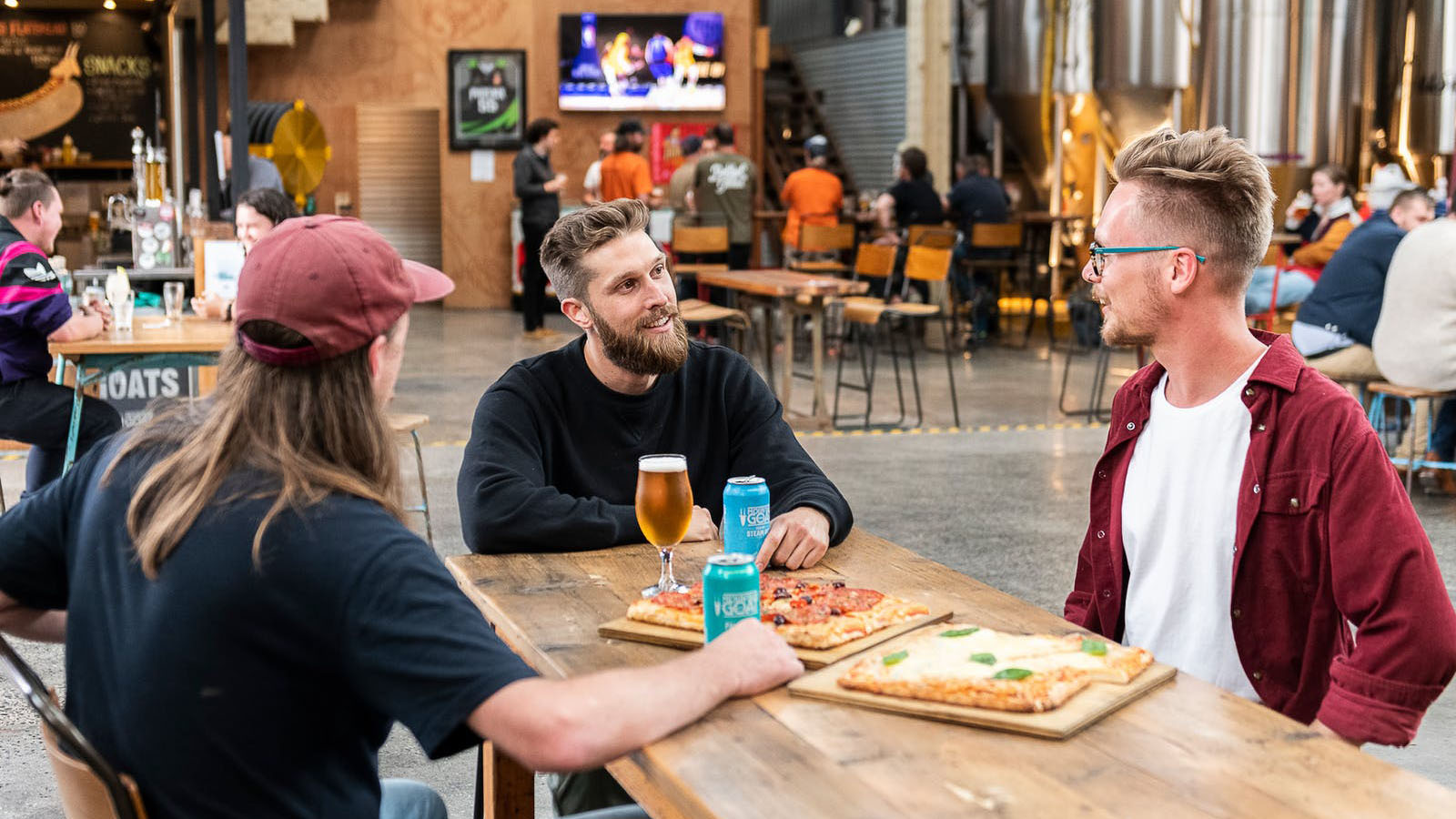 Head a few short stops into Collingwood on the 86 tram for a hopping good time. A bunch of craft and microbreweries have set up shop, making it easy to sample diverse flavours in a few short blocks. Get taste-testing at Fixation Brewing Company, Molly Rose and The Mill Brewery. Head a little further with our self-guided Urban Brewery Trail, or let the experts show you around on a pre-booked Craft Beer Lovers' Tour.

Victoria's exceptional local produce is best tasted at the city's top tables. Make a beeline for Federation Square to Victoria by Farmer's Daughters. Sample the finest flavours from our growers and producers, and enjoy your meal on the terrace overlooking the Yarra.

Narrow the regions at the original Farmer's Daughters on Collins Street, where the flavours of Gippsland vie for MVP. Other star players include Big Esso by Mabu Mabu, Hero and Collingwood's newly hatted vegan eatery Smith and Daughters. 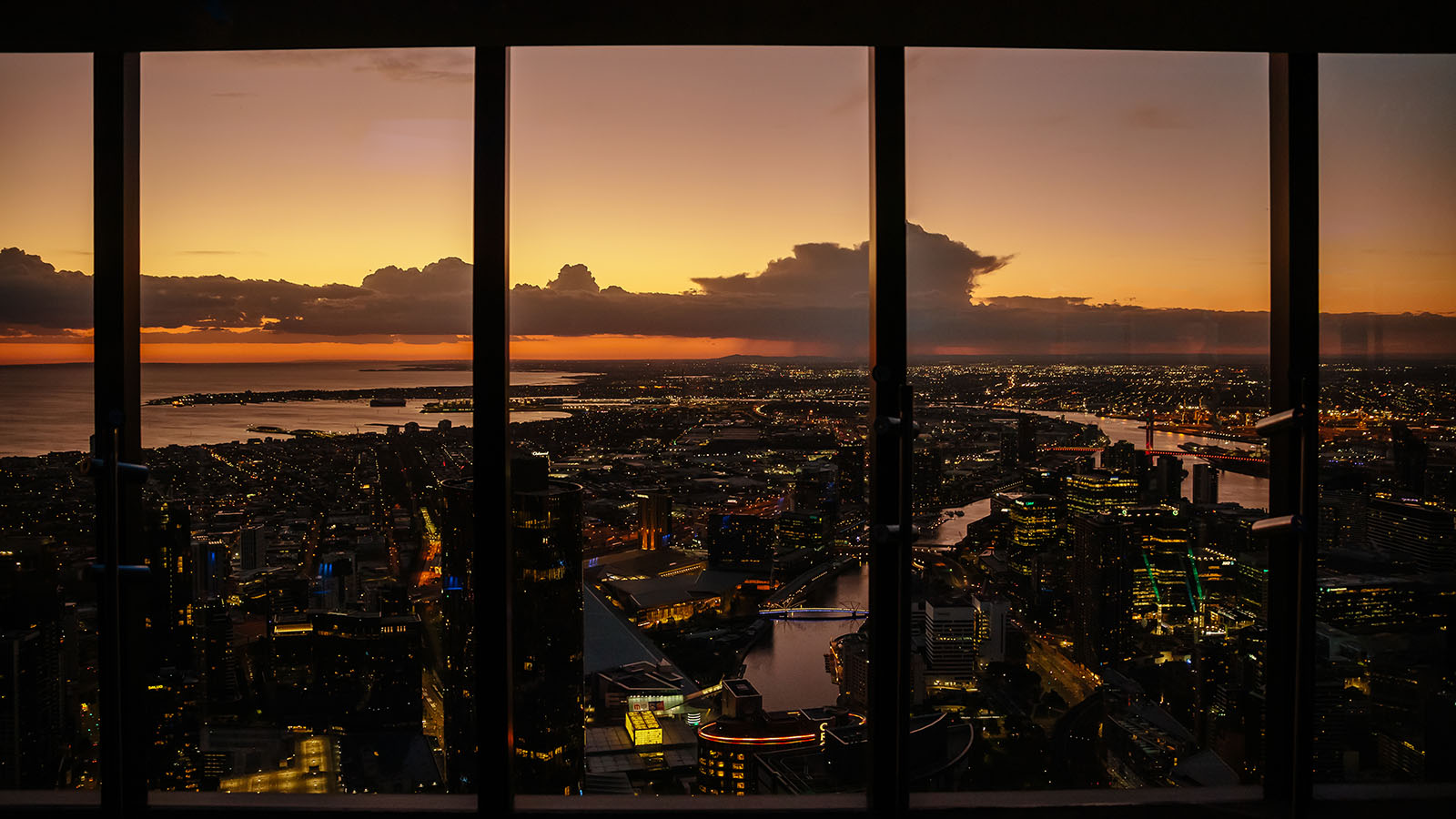 Get to know Melbourne from a different point of view. Zip up to the Southern Hemisphere's highest observation deck at Melbourne Skydeck in Southbank. Gaze at the expansive city views, step out onto The Edge – a transparent glass cube – and enter a 6D immersive sensory experience in the Voyager Theatre.

Head to Vue de Monde's Lui Bar on the 55th floor of the Rialto Building for a winning combo: sophisticated cocktails mixed with breathtaking city views.

Prop up the bar at some of Melbourne's welcoming neighbourhood pubs. See what sport is playing on the small screen, catch some live music, and maybe bag a 'parma and pint' special. Meet fellow sports lovers at The Rose Fitzroy or go for an elegant pub meal at The Builders Arms. Down in St Kilda, enjoy a bevvy with sparkling bay views at the Hotel Esplanade, known as the Espy.

If whisky's your thing, sip a single malt or two at Whisky Den and Whisky and Alement, both in the city. 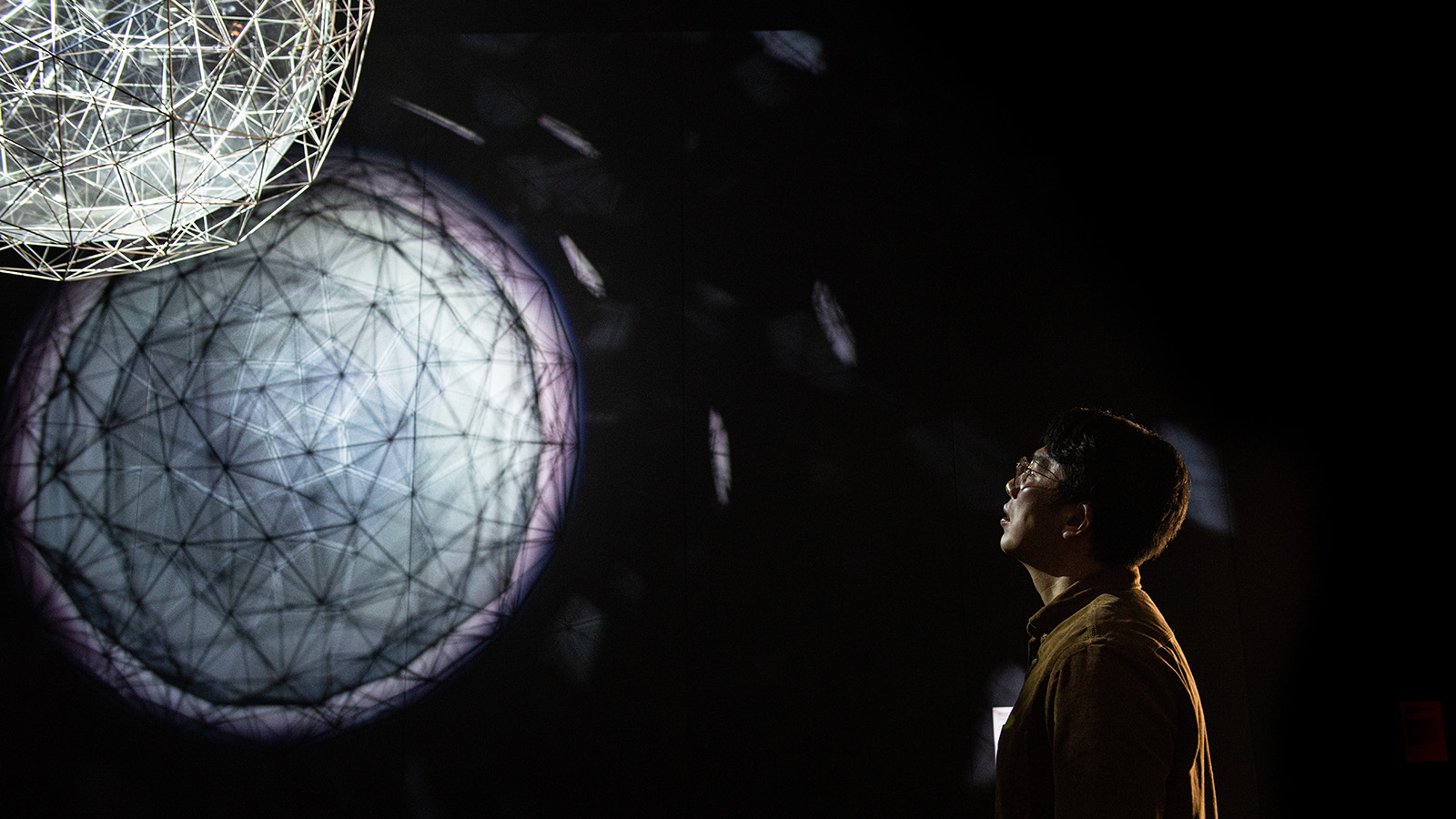 Sports and arts go hand in hand in Melbourne. You'll find many locals who are big fans of both. Get up to speed with the latest exhibitions while you're in town. The Australian collection at The Ian Potter Centre: NGV Australia at Federation Square is an undoubted highlight, and free to enter. Understand Australia's visual history, from Indigenous art pieces through to Australian modernists and beyond.

Understand the role of light in painterly inspiration at Light: Works from the Tate's Collection at ACMI, and soak it up, literally, in the immersive digital art space LUME.

Set out to explore the city by bike. Follow the Capital City Trail from Southbank along the grassy banks of the Yarra River past the Victorian Arts Centre, Royal Botanic Gardens, the MCG and Melbourne Park. Stop in at Abbotsford Convent to wander through open green space, art galleries and take in the grandeur of the site's historic buildings. Worked up an appetite? The Farm Cafe at Collingwood Children's Farm has sweet treats and savoury classics aplenty.

Melbourne
Melbourne is a melting pot of cultures, a fact reflected in its restaurants, cafes, bistros and bars. Feast on a dizzying spread of the world's great cuisines.

What's on
The sports capital of Australia will come alive with events and activations, as we unite to celebrate the achievements of global athletes at the Victoria 2026 Commonwealth Games.

Things to do
Explore Melbourne on foot with an expert walking guide, join a bus tour or follow the historic City Circle Tram route on a tour of the city's cafes.