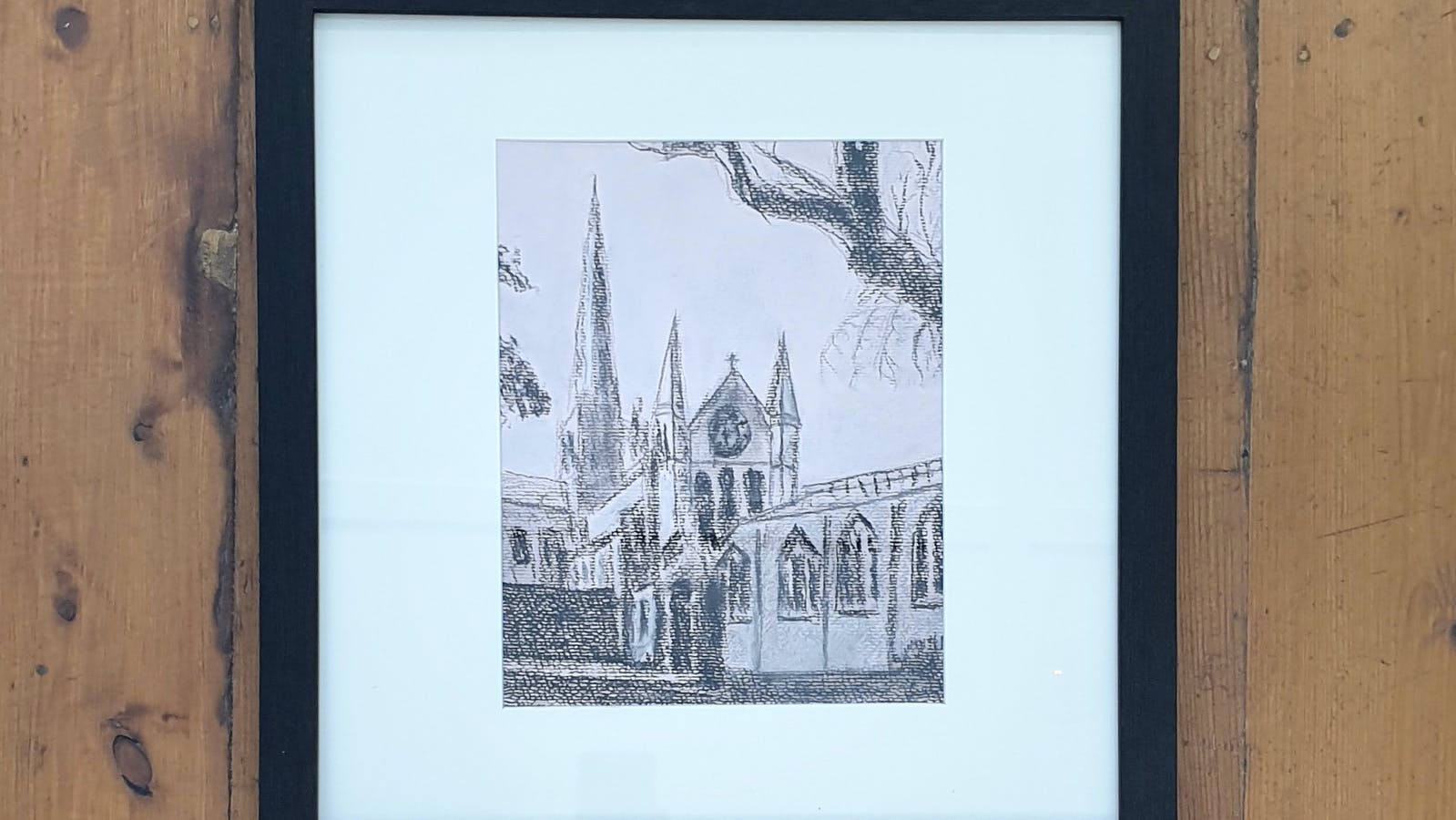 Pastel drawing of a French Cafe by Yvette Liebergreen

Yvette's beginning was just the start of her unique life! Yvette was born in the British Embassy in Chile, raised by French grandparents, attended British boarding schools, immigrated to South Africa, married a Dutch man, moved to New Zealand to raise her children before settling in Australia; Yvette's a true diplomat's daughter, a citizen of the world.

Throughout her life she found comfort and joy in her art, the way a few crooked lines can contain a world of life that defies all the rules but captures the world around her. It's Never Too Late opens on Yvette's 99th Birthday and is a celebration of her travels, her loves, her surroundings and the animals that shaped her. All proceeds from this exhibition will go to the setting up or support of an animal sanctuary at Sarepta Peniel, a 100 acre property Yvette and her family have just just bought.

It’s Never Too Late is on display from the 11th of March until the 29th of March and is open to view daily in person and online.

Pastel drawing of a French Cafe by Yvette Liebergreen