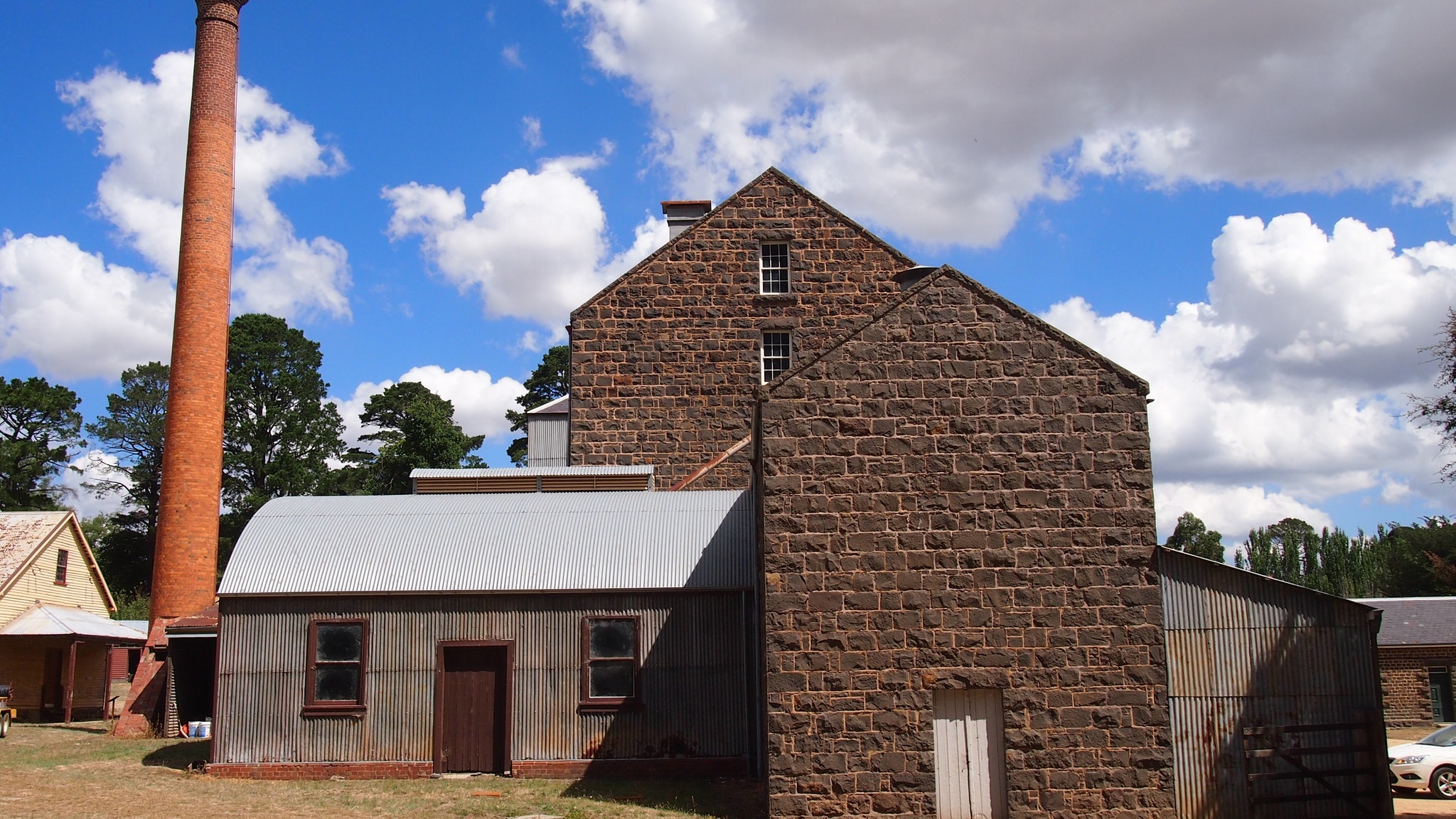 Website
Email
In a postcard setting on the banks of Birch's Creek at Smeaton, Anderson's Mill stands as a powerful reminder of an industry that flourished after the gold rush of the 1850's. Standing today much like it was over 100 years ago, the five-storey bluestone building and its magnificent iron water wheel are still in place. Anderson's Mill is located in
... Show more
Smeaton, north of Creswick, in an area well known for it's fertile volcanic soils and goldmining past.

Construction of the flour mill commenced in 1861 and it was operational within six months. The Oat section of the Mill was completed by the following harvest. Outbuildings such as the stables, grain store and bluestone office were added later as the operation expanded.

The water wheel was developed from designs by John Smeaton and the patterns cast locally in Ballarat at Hunt and Opie's Victoria Foundry.

Conditions can change in parks for many reasons. For the latest information on changes to local conditions, please visit the relevant park page on the Parks Victoria website.