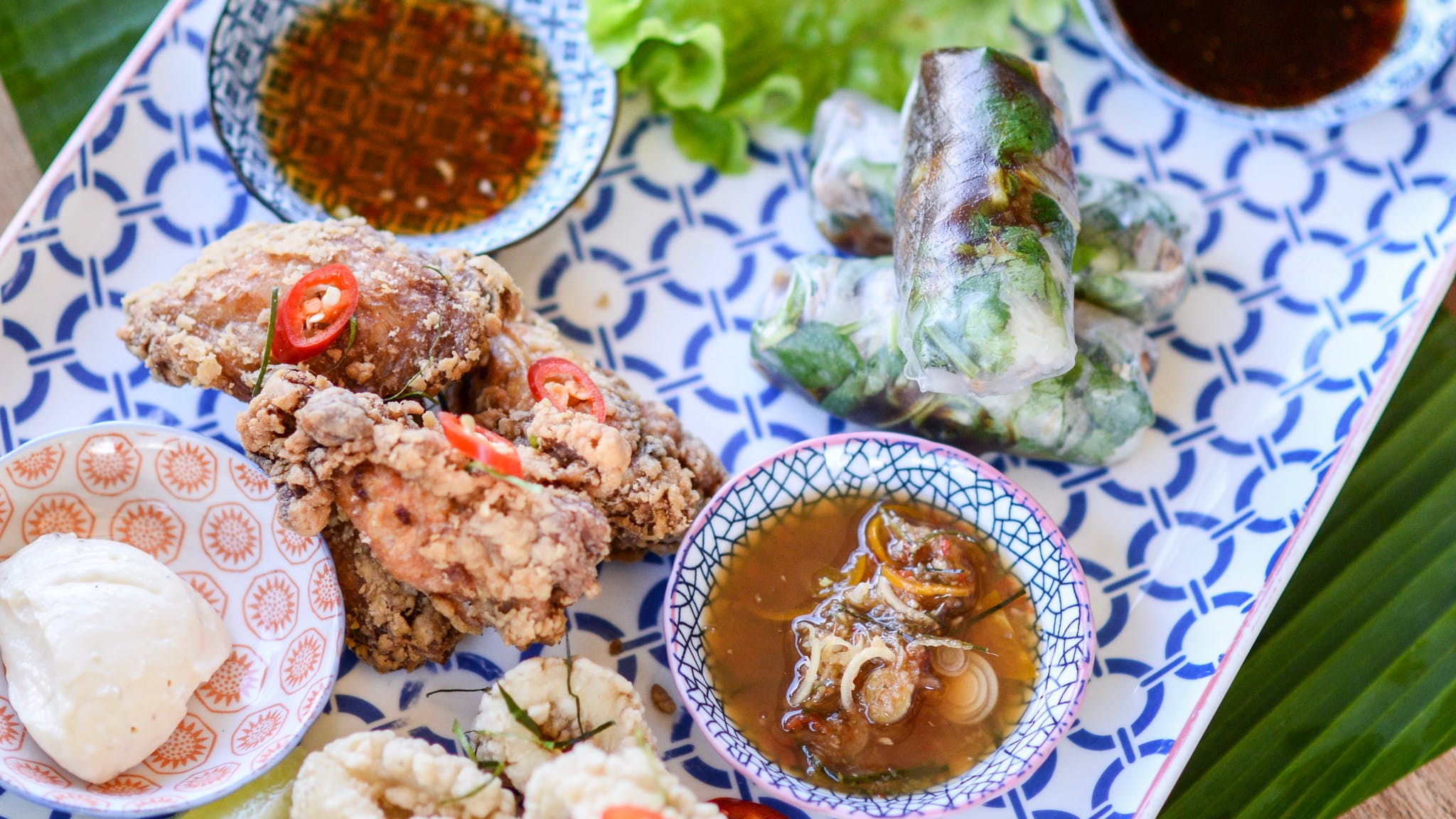 Hong and Nick Lee’s idea of Hanoi Kitchen started over 20 years ago in a Hanoi market. Hong grew-up around the amazing aromas of the market, where her family owned a food stall. Her dream was to one day own her own restaurant.

Hong and Nick met in Hoi An, where Nick was Executive Manager at the Victoria Hoi An Resort. They married two years later and worked around the world over the next ten years, including: Hanoi, Nha Trang, Hamilton Island and Hawkes Bay New Zealand. By now Hong and Nick shared the dream of opening a restaurant.

During a visit to Nick’s parents in Barwon Heads, Hong and Nick realised they had found the perfect location for their dream to become a reality. After searching for the right location for a year, Hanoi Kitchen opened in Barwon Heads in November 2016, offering traditional home cooked Vietnamese food to all.