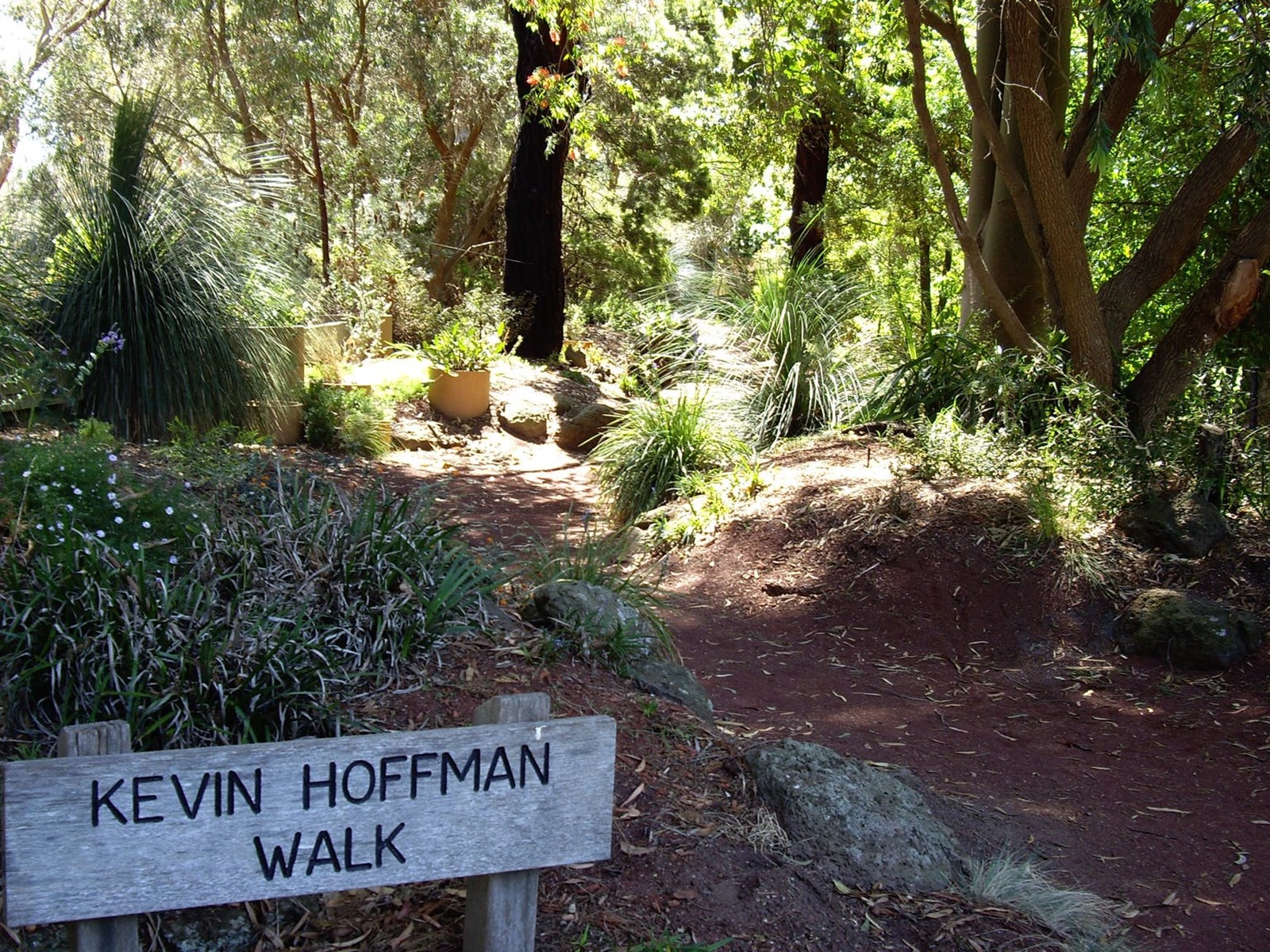 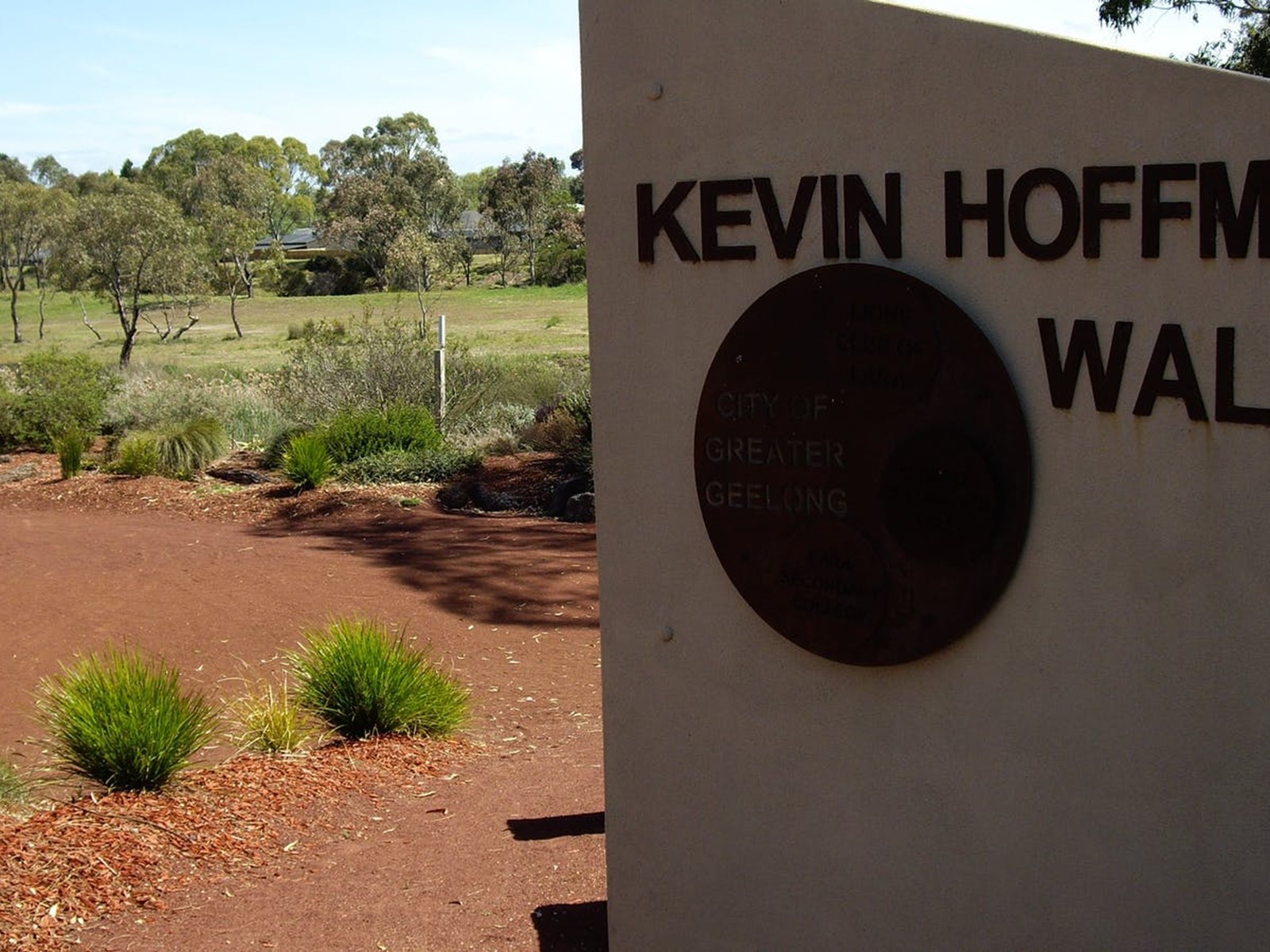 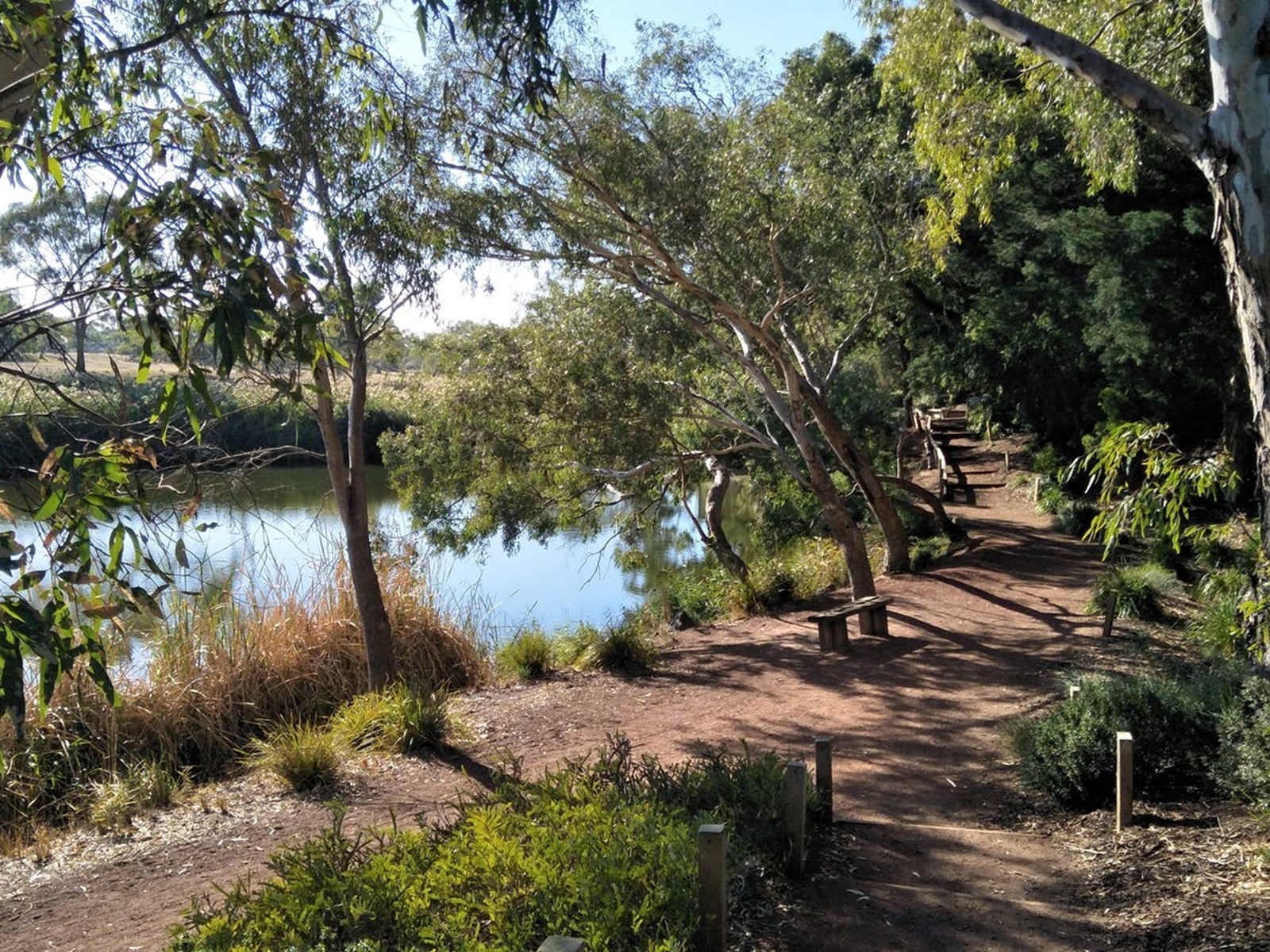 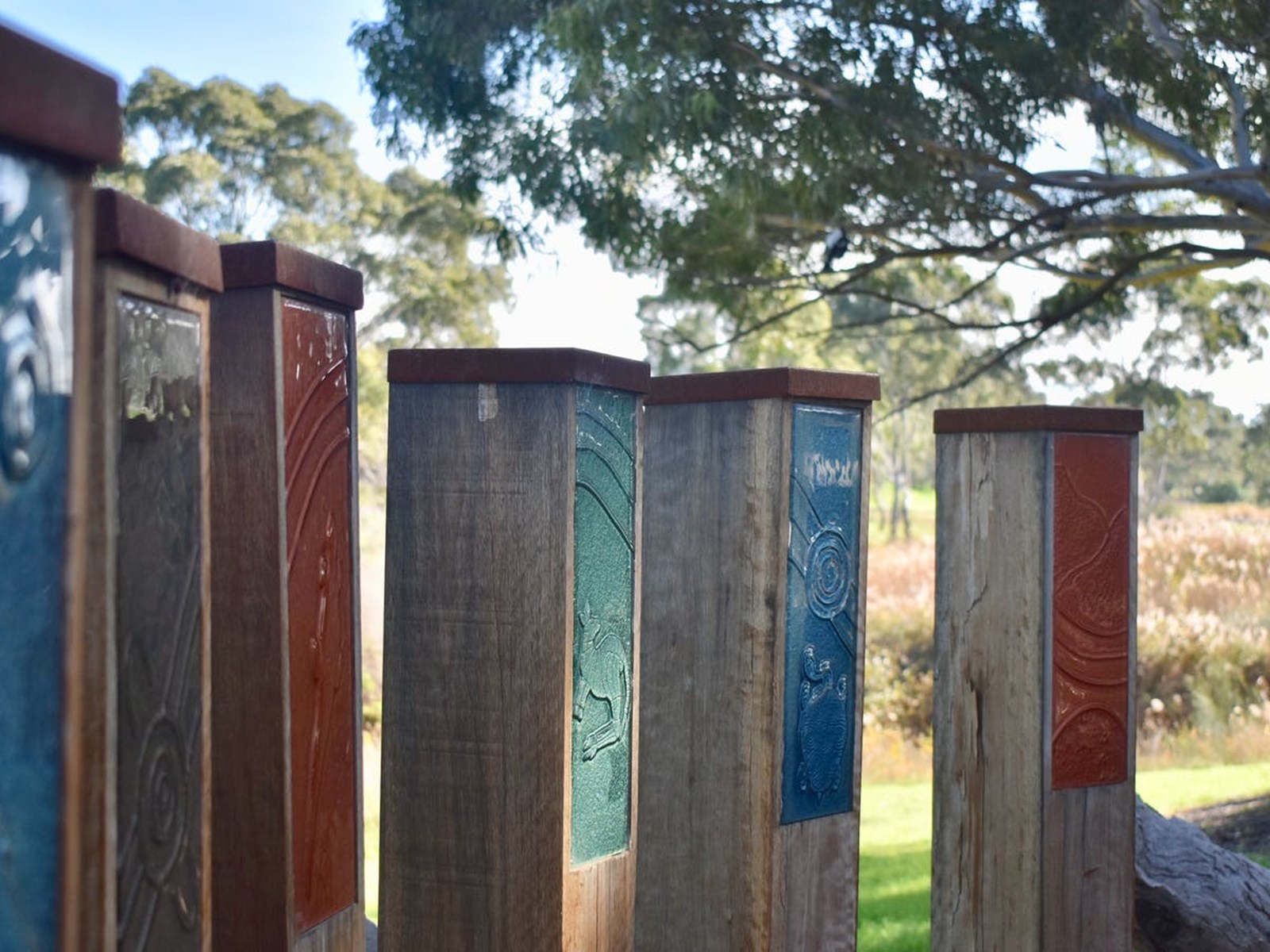 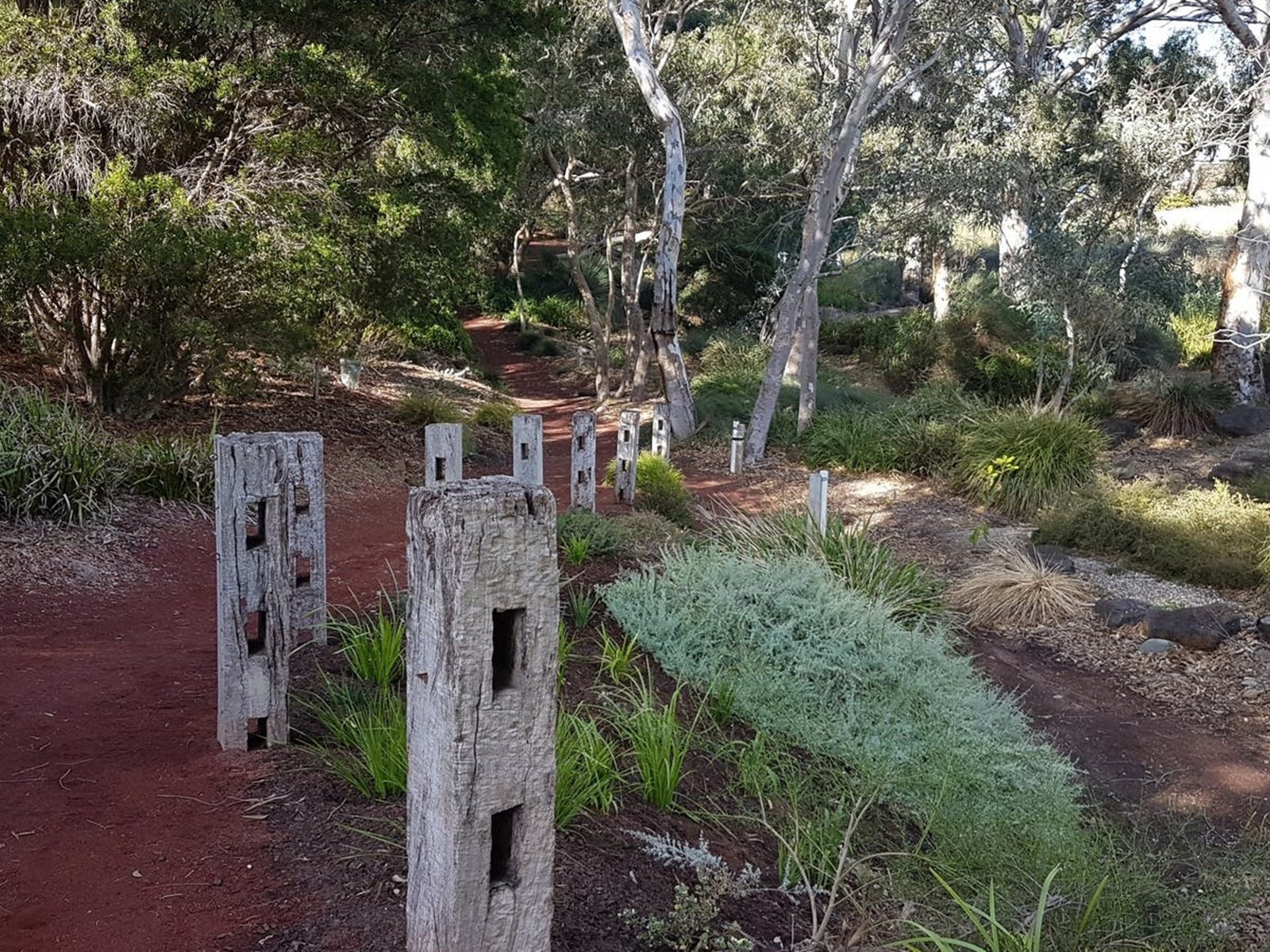 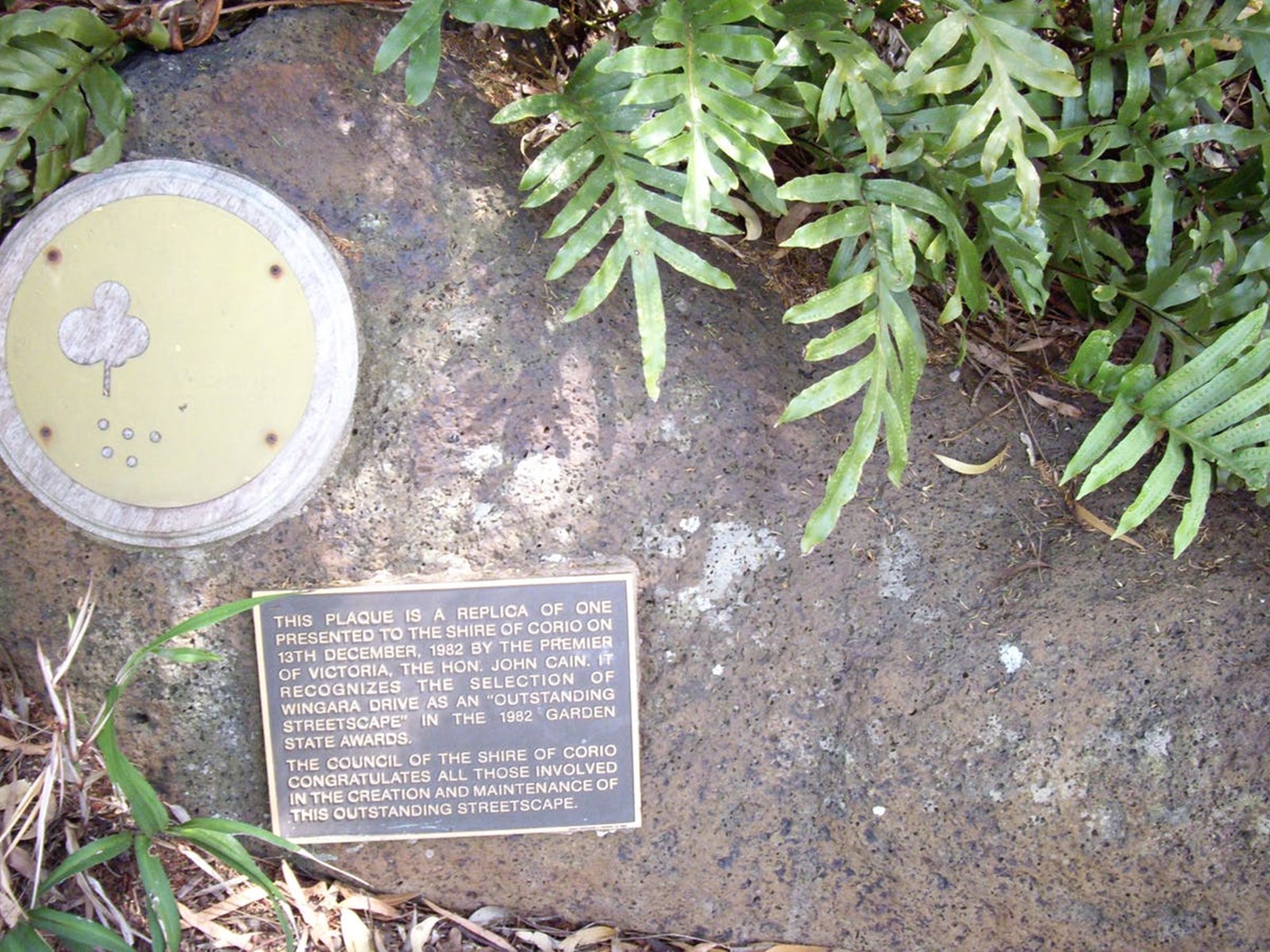 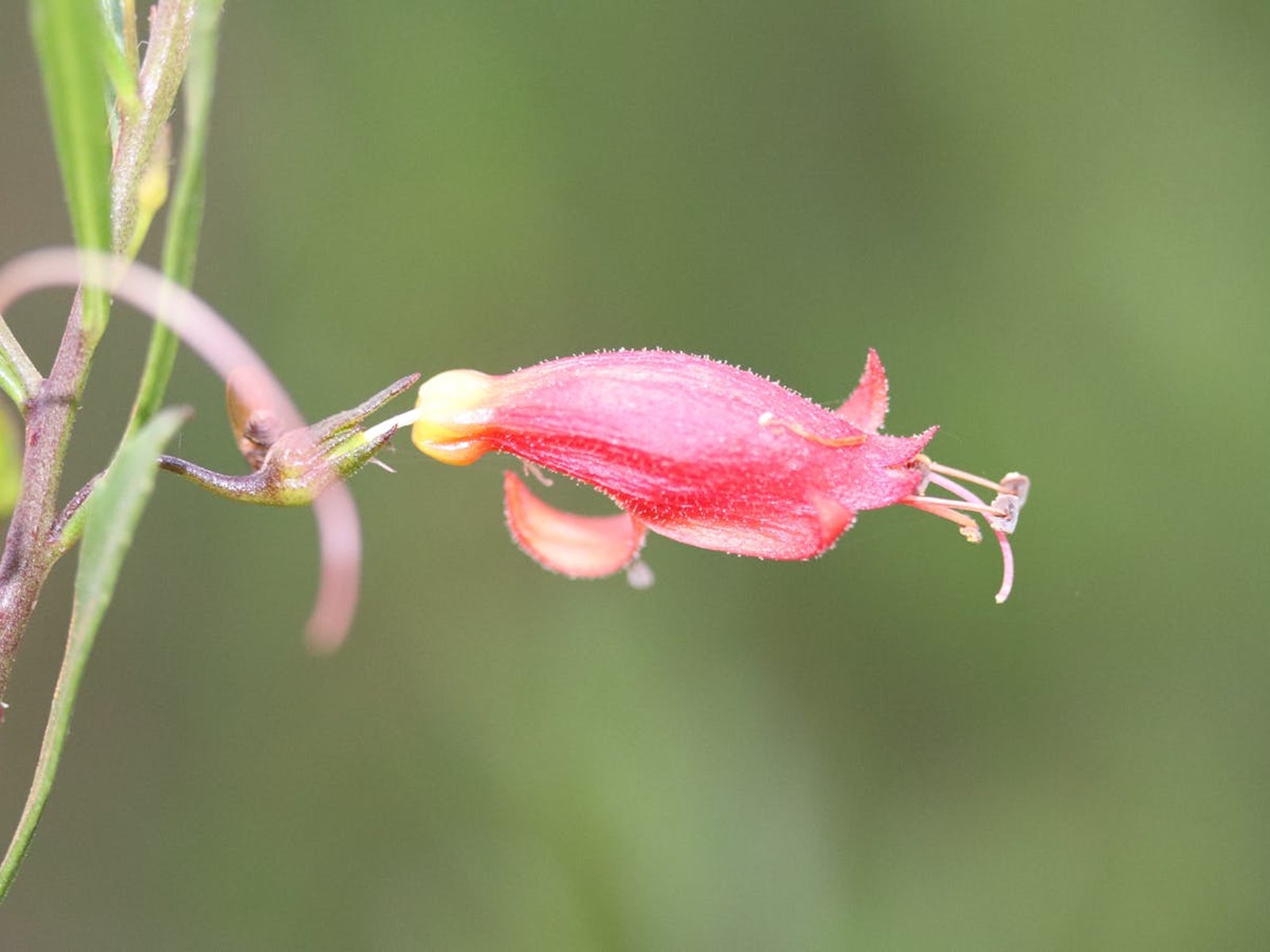 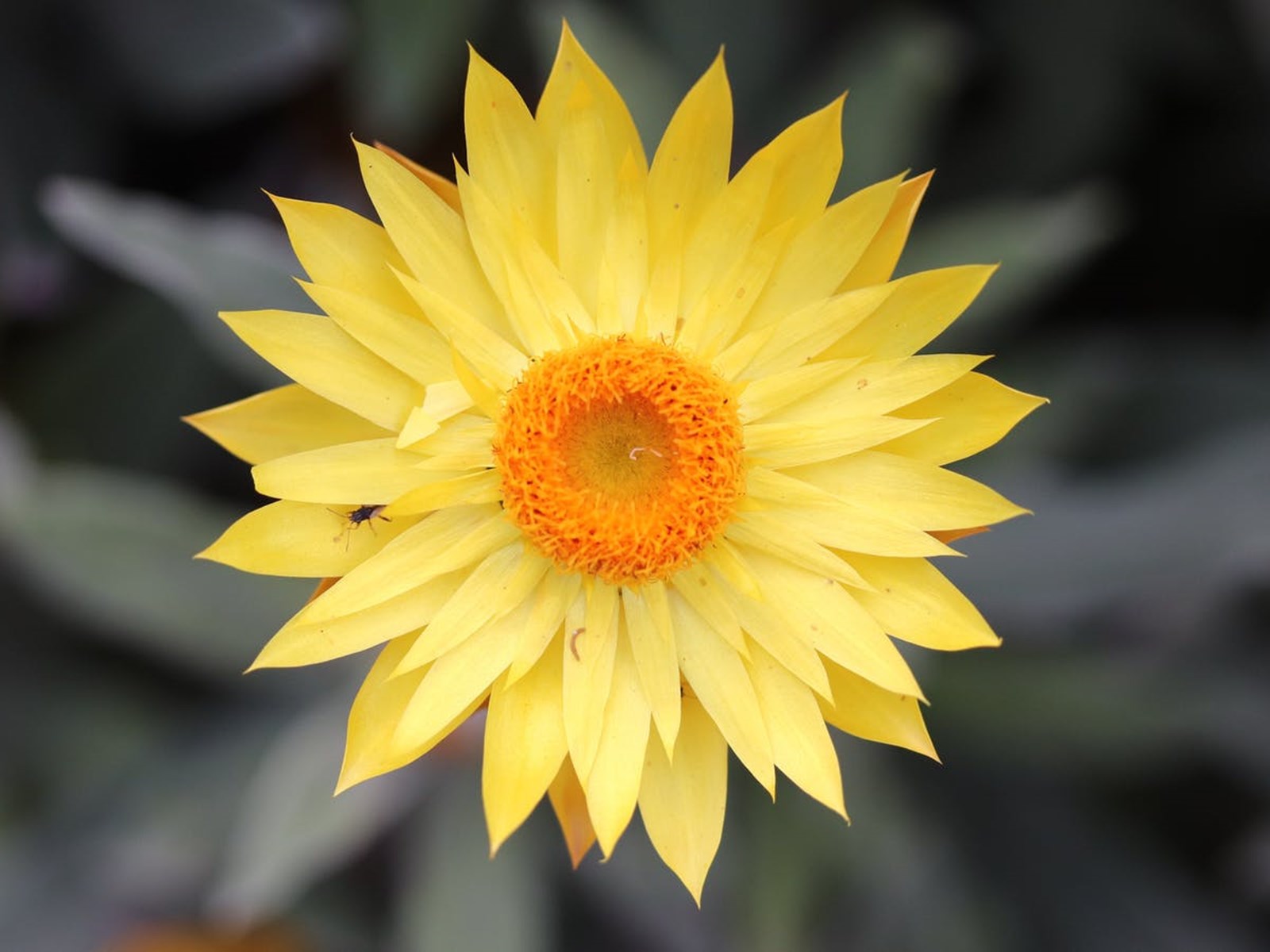 Website
03 5272 5272Call
Email
An award-winning garden, The Kevin Hoffman Walk is a hidden gem boasting over one thousand different species of Australian native plants, including 150 indigenous species, located along the eastern banks of Hovells Creek in Lara Victoria. Around one kilometre of paths meander through these beautifully peaceful gardens created upon a levee bank over
... Show more
40 years ago by Lara local, Kevin Hoffman.

Sit in relaxing silence amongst the birds, attracted by the myriad of colourful flowers. Created so that there is always something in bloom and featuring some unique and threatened species. The Kevin Hoffman Walk boasts an extensive Western Victorian Volcanic Plains indigenous garden at the northern end, as well as collections of Banksias, Correas (Native Fuchsia) and Eremophilas (Emu Bushes), just to name a few.

Landscaped by Kevin, with an eye to detail, featuring meticulously placed rocks, historical weathered posts and seven Wathaurong Glass-inlaid bollards. 'The Walk' provides plenty of inspiration for budding and professional photographers alike, there are many intriguing, colourful and delightful flowers, captivating features and all with stunning views across Hovells Creek.

These days the paths and gardens are maintained by the Friends of Kevin Hoffman Walk group, in a partnership with the City of Greater Geelong Council. 'The Walk' is accessible by train (and bus) from Lara train station, limited car parking available in Walkers Road and Wingara Drive.