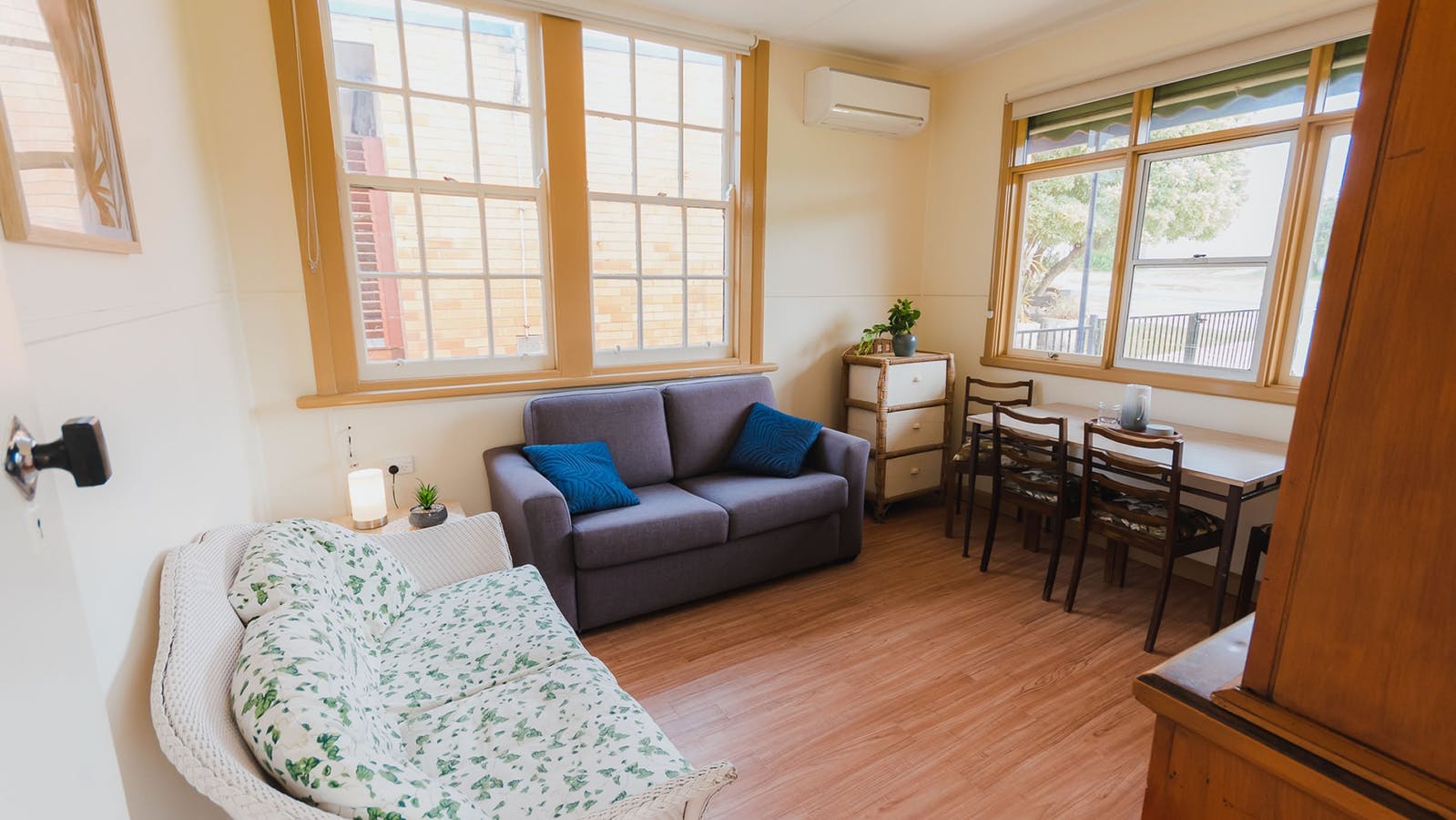 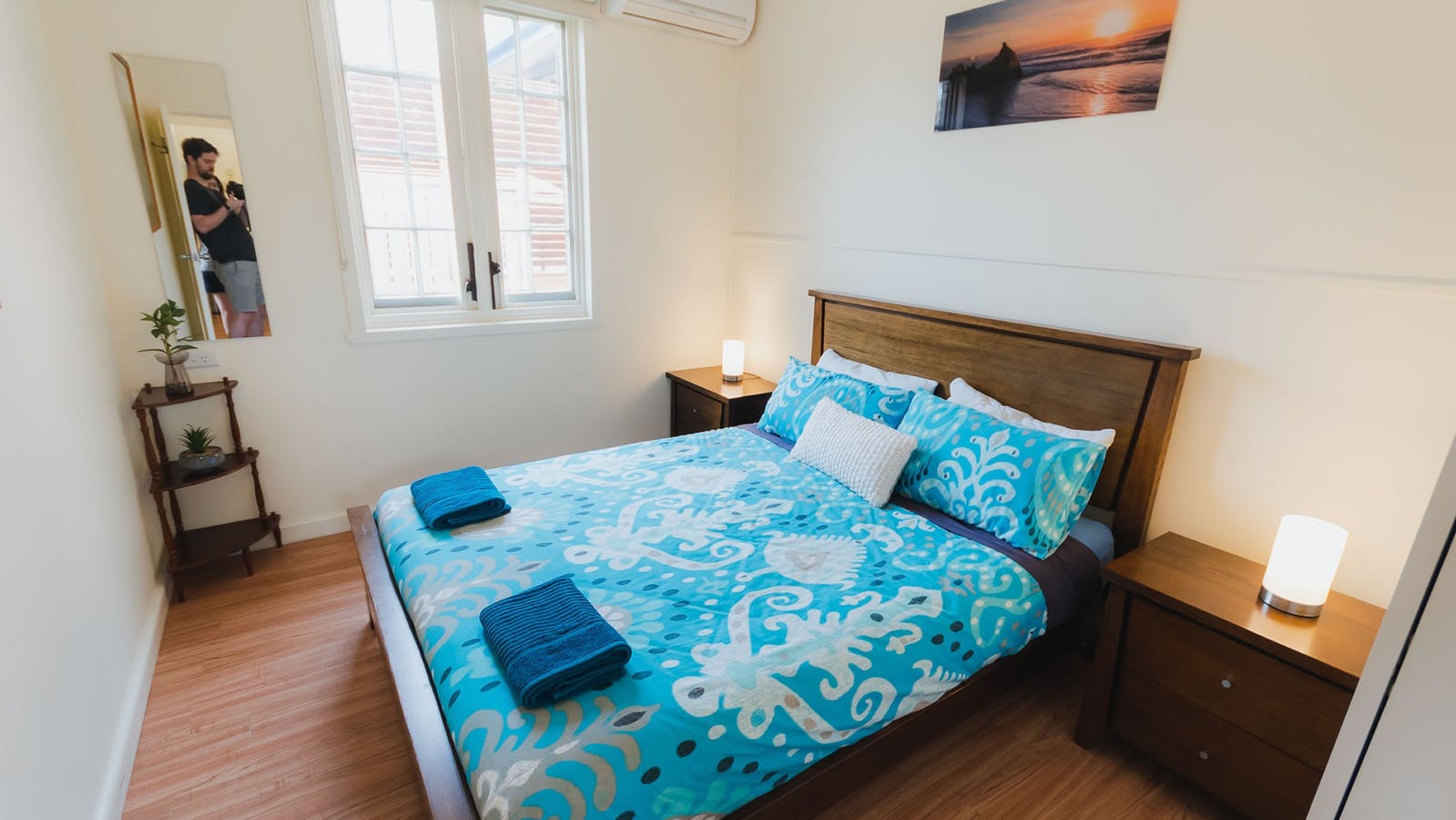 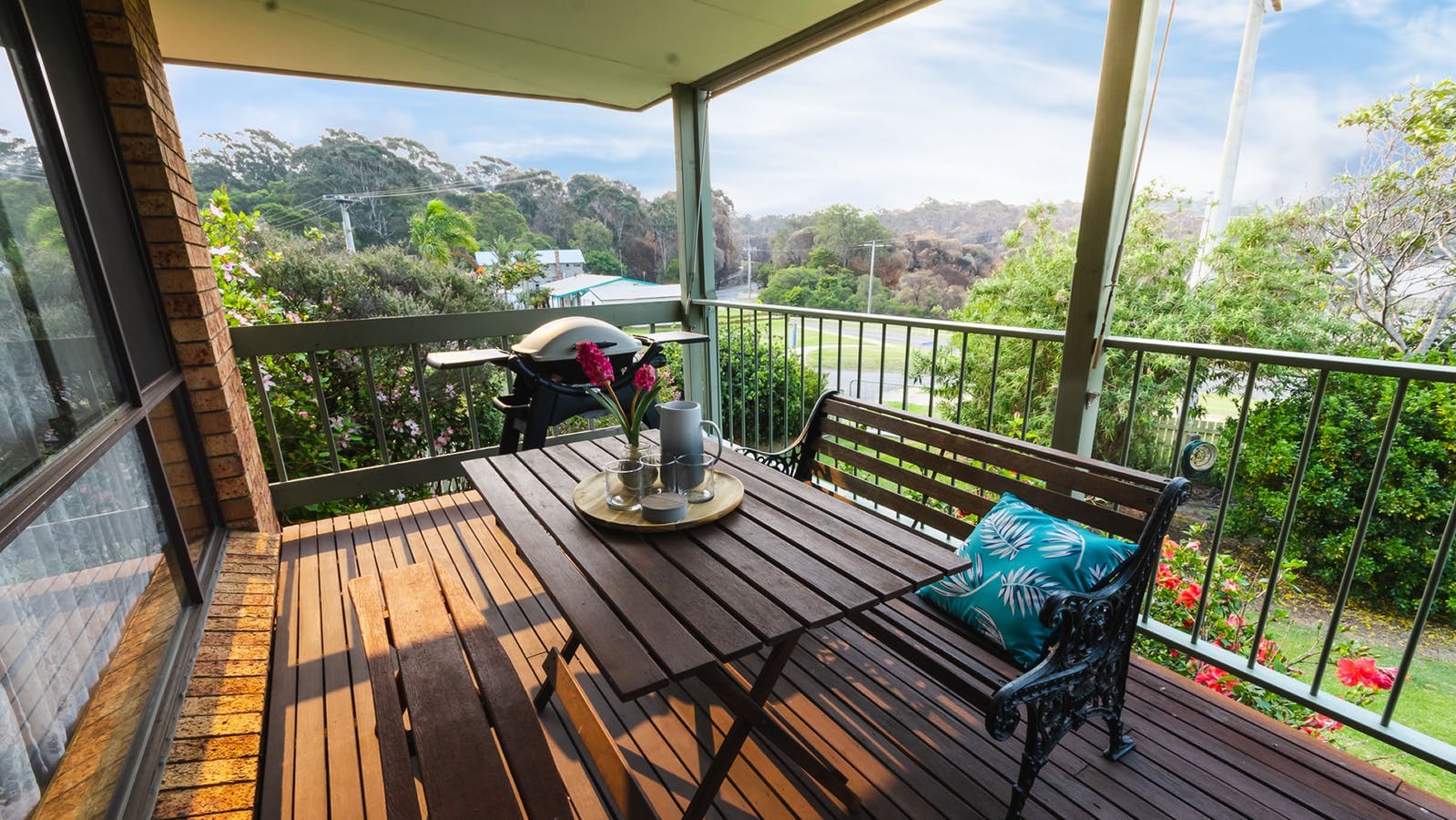 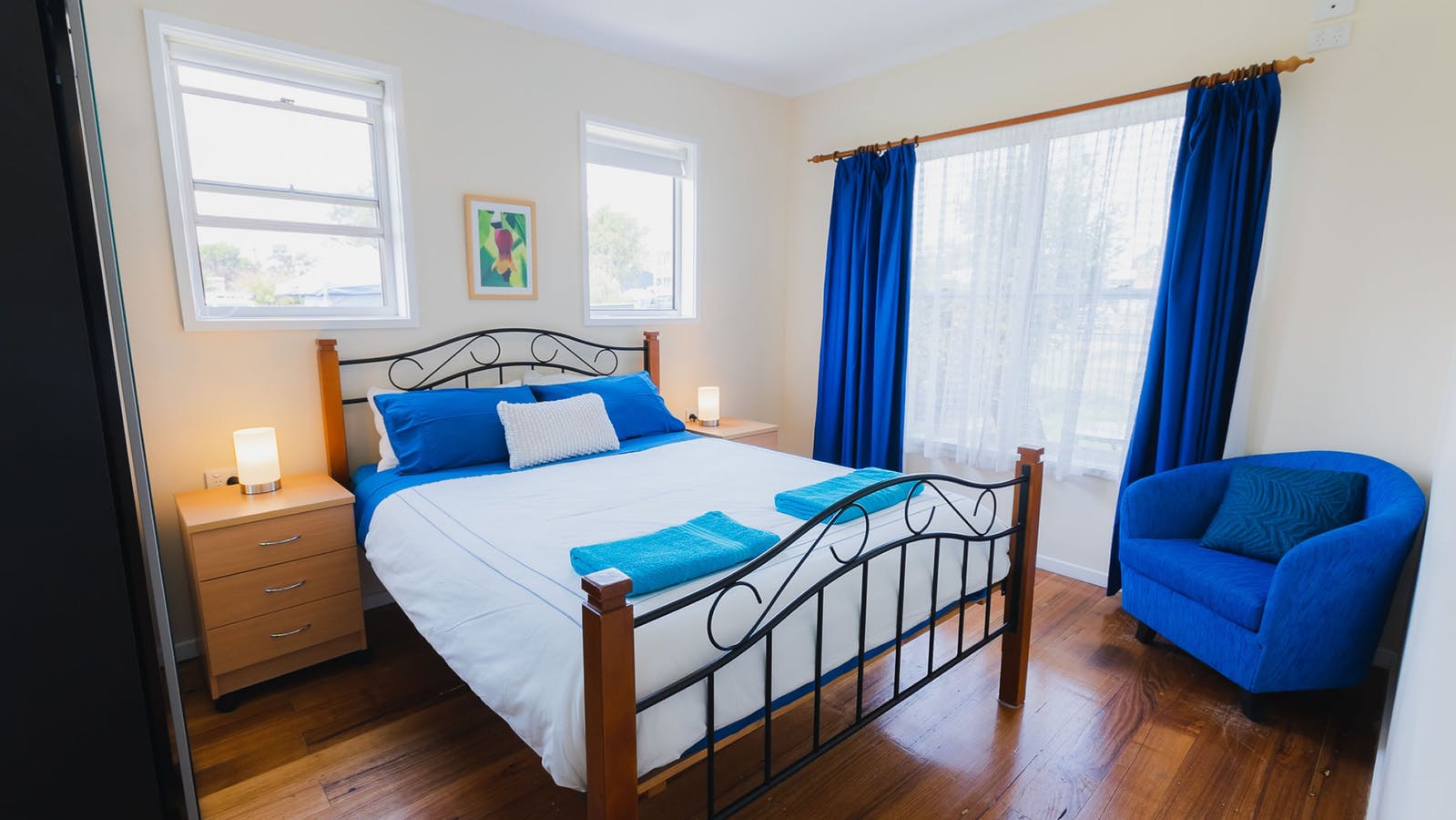 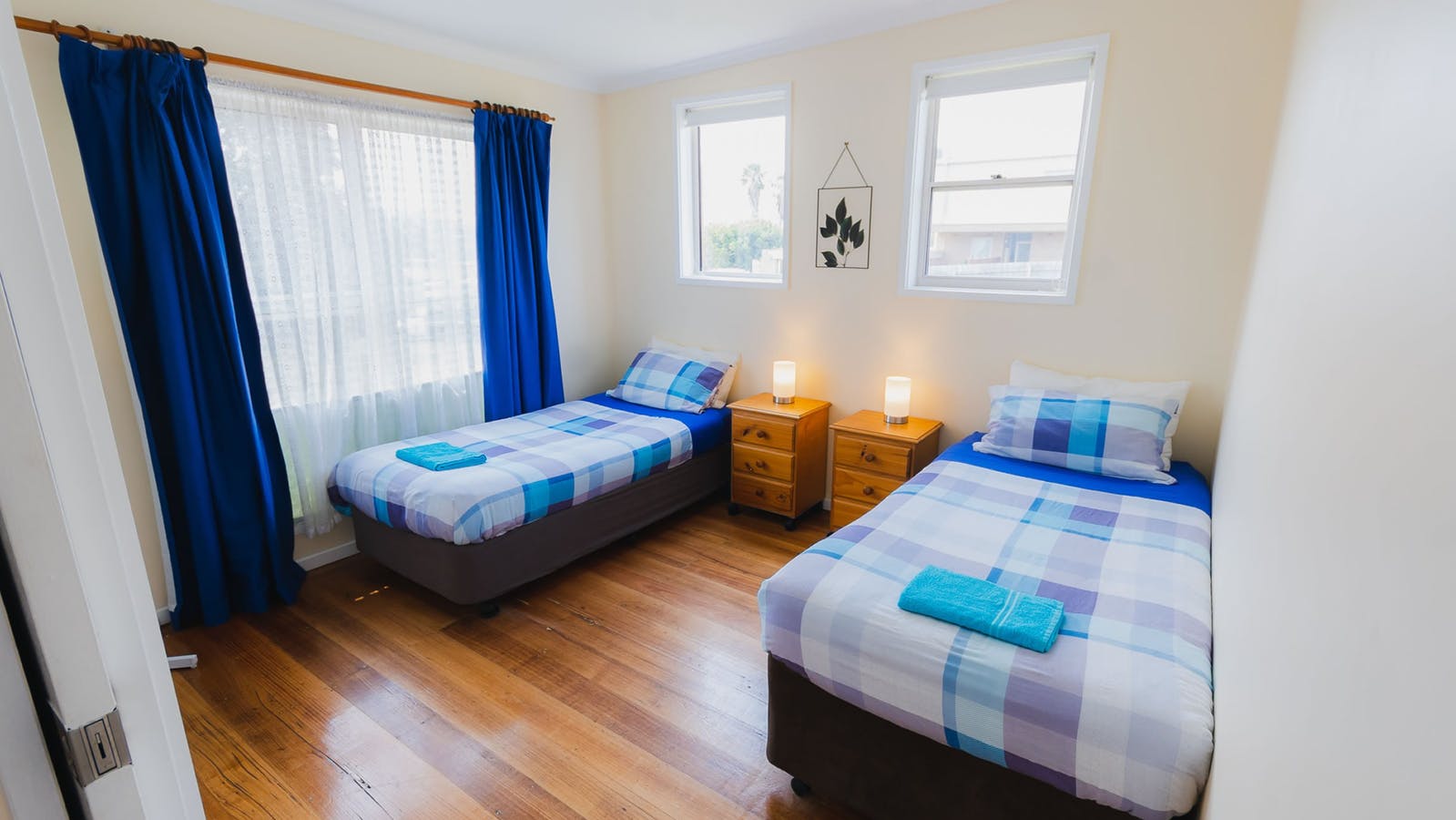 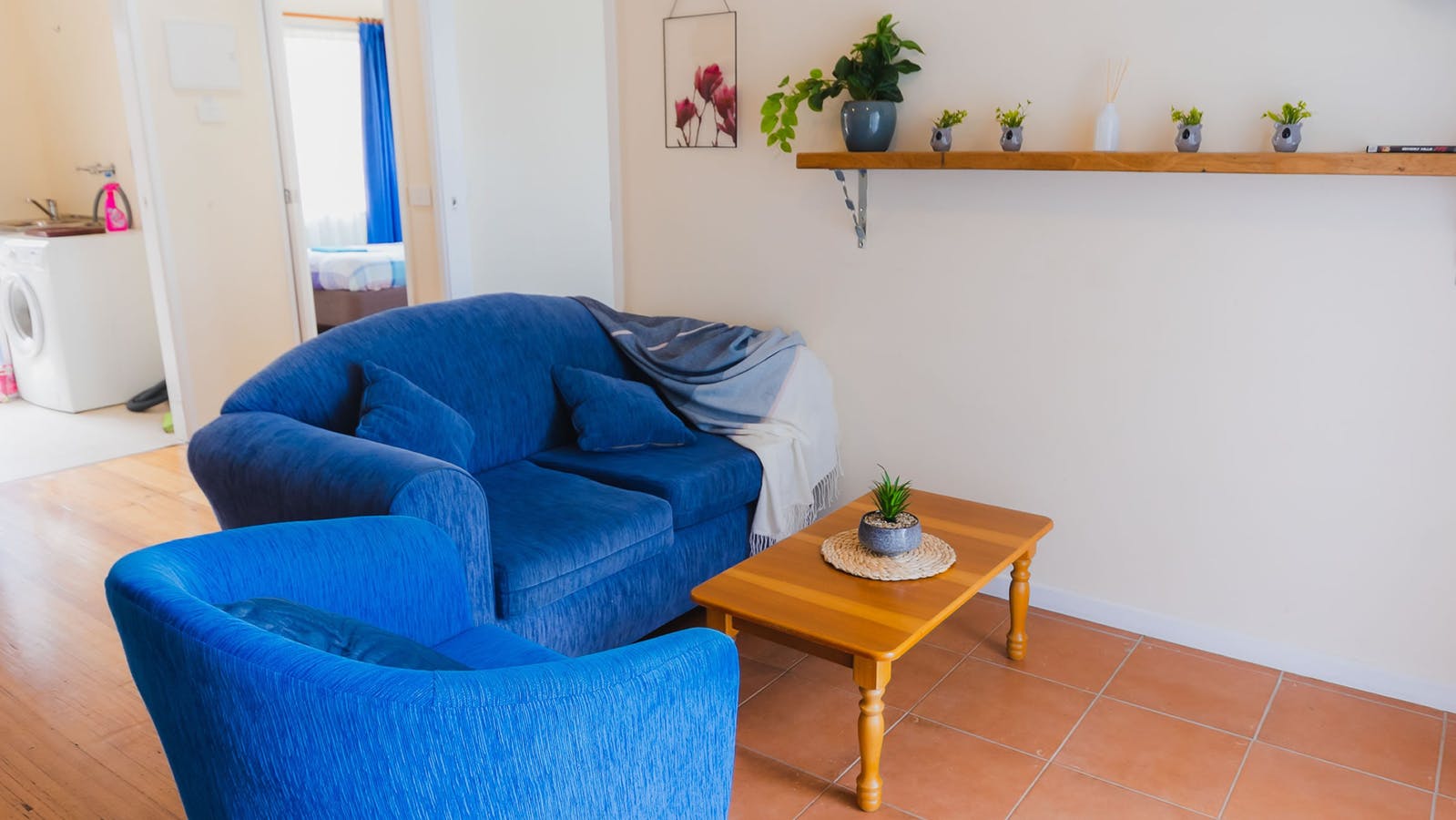 A suite of seven separate two and three bedroom self-contained units in the heart of wilderness Mallacoota, Victoria. Bruces Waterside Units are adjacent to each other, pet friendly and mere metres from the bottom lake along with thejetty.

The units are convenient to all local facilities including the local pub, restaurants, campgrounds, beaches and adventure trails.

Mallacoota is a magical remote wilderness coastal outpost on the south east tip of Australia. Canberra is 347 km, 4 hours and 18 minutes drive, Sydney is 631 km, 7 hours 24 minutes and Melbourne is 515 km, 6 hours 20 minutes. Where ever you come from, you will find it was worth it as the units have great facilities.

All units feature separate showers, kitchens, lounges and separate laundries and gas barbecues. There is plenty of off-street parking and linen and towels are included free.

Units can host families from five to seven members. They feature king, queen, single and roll-out bunks. The entire suite of units can accommodate up to 33 individuals without needing to share. Catering for angling groups and families with pets. One is designed to be wheelchair friendly. All have free Wi-Fi and television.

Price includes free towels and linen and free wifi and off-street parking. Charge is per night rather than per person.