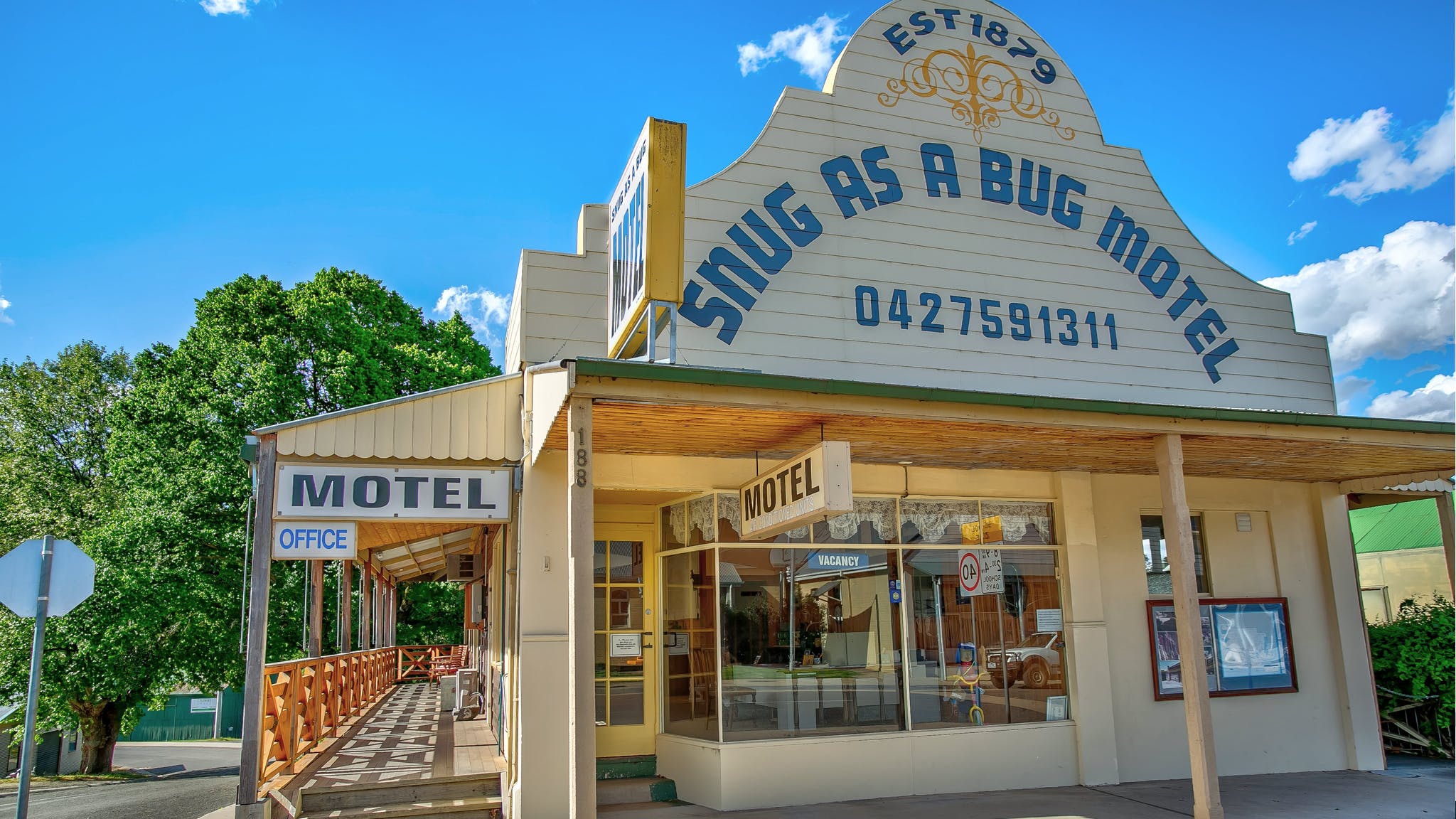 Built in 1879 as a temperance Guest House, Overnight accommodation in the heart of Omeo.
Call
Website
Email

Built in 1879 as a temperance Guest House, Overnight accommodation in the heart of Omeo.

Snug as a Bug Motel in Omeo offers accommodation in two renovated buildings, over 100 years old.

The guest house (1879) is the main building fronting on The Great Alpine Road in Omeo, nestled amongst shops in the main street. This was originally a temperance boarding house, which housed full time tenants and travellers passing through Omeo in the horse and buggy days. On the upper level it has a three bedroom apartment, on the carpark level there are four guest rooms with ensuite. These rooms have access to a common kitchen and lounge area.

The building at the rear is a relocated and renovated homestead (1906) moved in 2001 and transformed into four motel units.

Prices vary to the number of persons staying, also room or apartment requirements

Out door cooking if required, TV Fridge, Tea Coffee making Ensuite 2 tub chairs and table Set in a homestead which has been relocated and converted into 4 units with out door seating on veranda

Built in 1879 as a temperance Guest House, Overnight accommodation in the heart of Omeo.