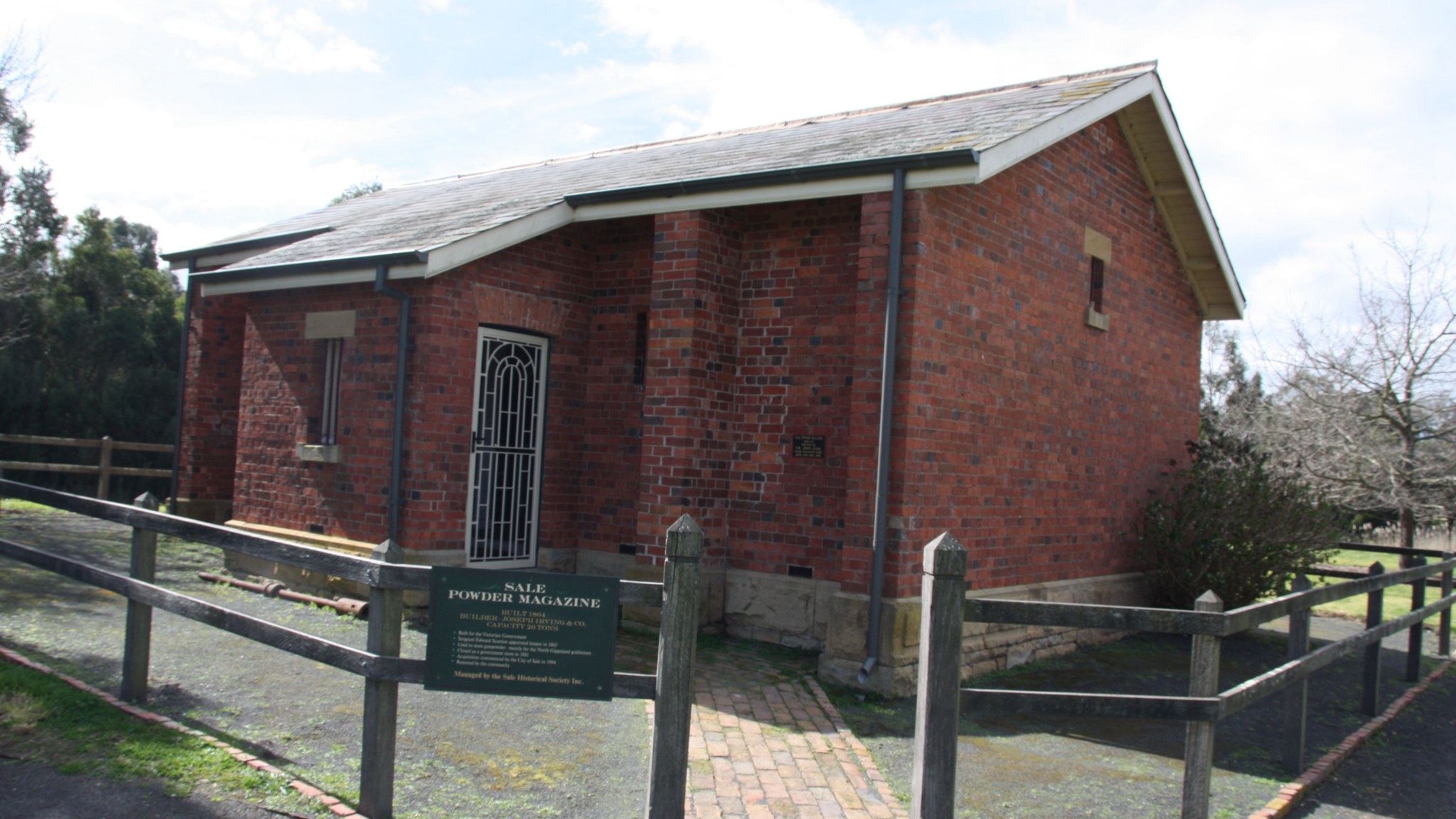 Colonial Governments in Victoria built Powder Magazines to provide safe conditions for the storage of explosive powder which was used by the gold mining industry.

Barrack like in appearance, the building is almost encircled by the watercourse of Flooding Creek, historically giving it a buffer from bushfires. The Magazine became private property around 1925 and in 1995 it was rediscovered through a heritage study conducted by the former City of Sale having been used as a private residence for many years.

The property is now owned by the Wellington Shire Council, who utilised the services of a heritage architect to produce a schedule of work for its restoration. It is managed by a Committee of Management responsible to the Sale Historical Society.