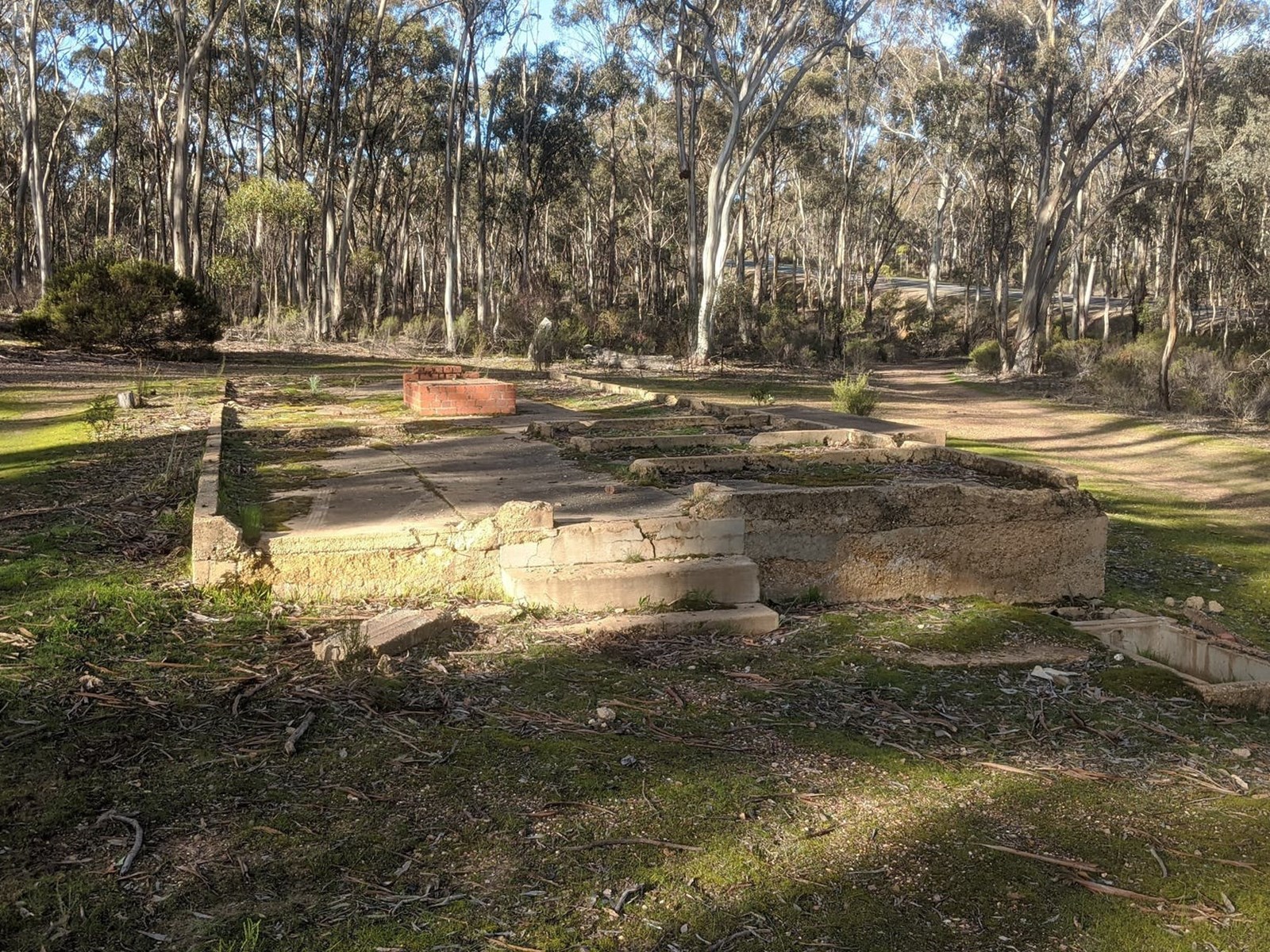 Website
03 5794 1471Call
Email
Hidden away in the Heathcote-Graytown National parks lies the remains of a ‘Prisoner of War’ camp from World War Two. German prisoners captured after the battle between the HSK Kormoran and HMAS Sydney off the coast of Western Australia were transferred via Freemantle and Murchison to the Graytown timber cutting camp. The German Prisoners spent
... Show more
their time in the camp collecting firewood to address the firewood crisis of the time. In their downtime many prisoners worked on upskilling, painting, and drawing and cooling off with swims in the nearby creeks.

Still standing today the barbed wire fence marks the remainder of the site, with cement foundations laid by Italian and Finnish internees scatter across the site. The old tennis courts and market gardens long overgrown still discoverable by the stonework paths. A short trip from both Heathcote and Nagambie this is a great site to explore some forgotten Australian wartime history.