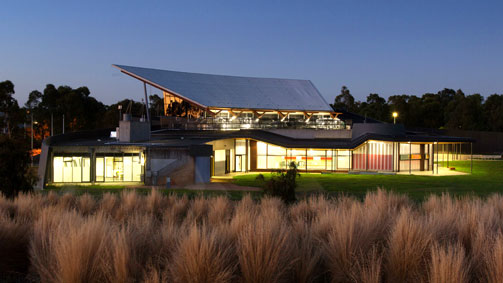 The Eureka Trail follows the route taken by police and soldiers from the Police Camp (the site of the present Post Office) in the early hours of the 3rd December 1854 to quell the uprising of miners. Angered by what they believed to be an excessive mining licence fee, an oppressive authority, and other perceived injustices, the ill-equipped and untrained miners had dug in behind a hastily built and flimsy stockade under the now famous standard of the 'Southern Cross'.

The revolt was crushed in 15 minutes, with more than 30 miners killed, but their stand galvanised public support and lives on as a symbol of Australia's egalitarian spirit.

Recreated from historical maps and records of the time, the trail begins amid the majestic Victorian architecture of Lydiard Street, and winds along the banks of the Yarrowee River, through historic residential areas to the site of the original Eureka Stockade. See examples of intact miners' cottages and picnic under the shade of willows beside the river. Interpretive signs along the trail explain the major features and historic sites.