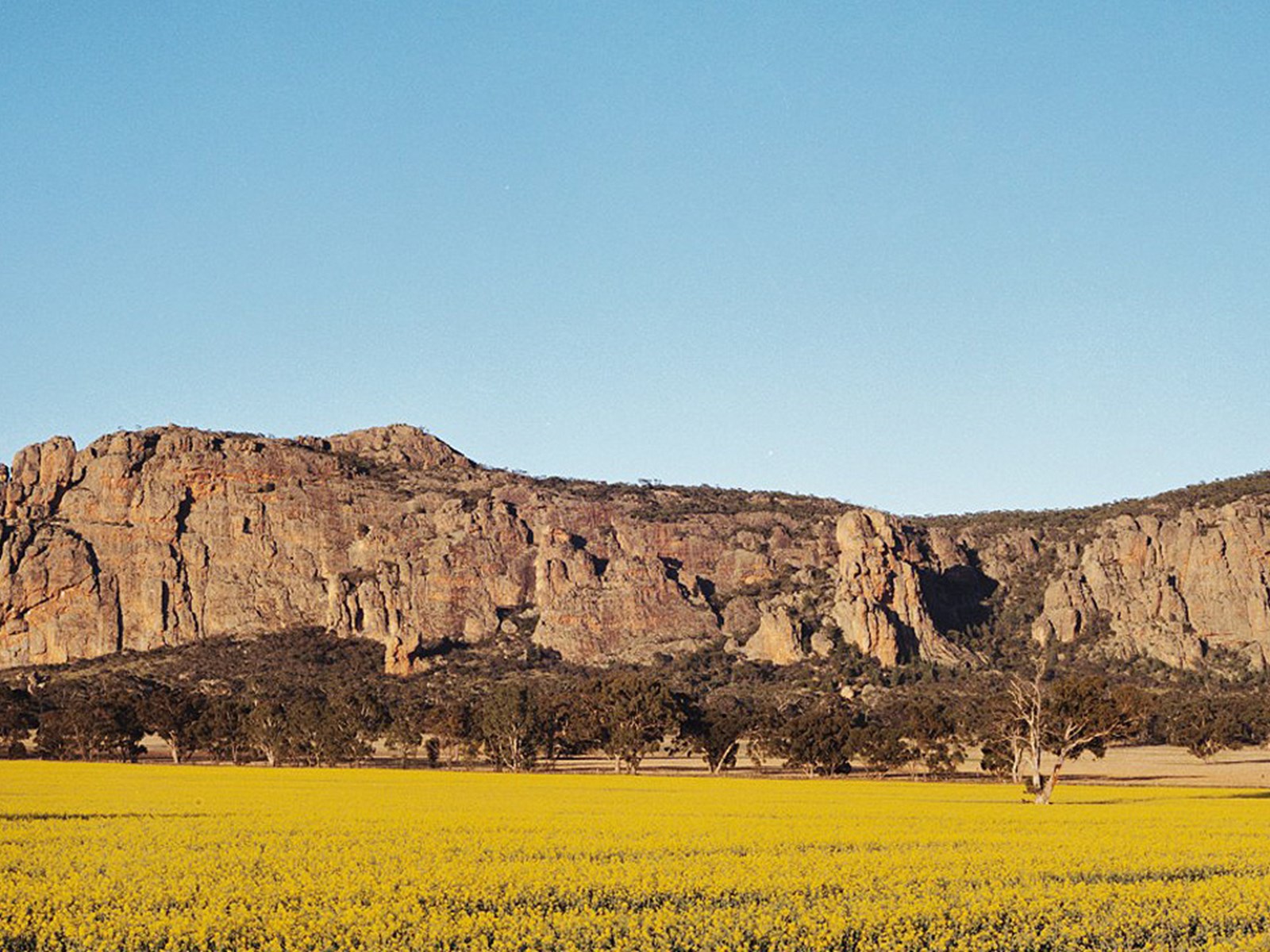 Website
131 963Call
Email
Drive, walk, cycle or climb to the summit of the dramatic quartz and sandstone landmark that is Mount Arapiles, and take in soaring views of the surrounding Wimmera Plain.
... Show more


Climb that rock
Rising 230 metres, Mount Arapiles is widely regarded as Australia's best rock climbing area. There are over 2,000 different climbs on offer on its many cliffs, crags and pinnacles. Instruction in rock climbing is available locally.

Reaching the summit
To reach the summit, choose between two short but steep walking tracks from Centenary Park at the base or drive along Lookout Road, which winds its way up to a car park near the summit, where a short track leads to the scenic lookout.

Near the top of Lookout Road, a side road to the right leads to the Bluff picnic area and more great views. The vehicle track that circles Arapiles is suitable for cycling and driving and is a good walk in wildflower season, although all but the eastern end of the track is closed to vehicles during winter.

Home to rare species
Most of the Arapiles plateau is covered by low, open forest of box, buloke and white cypress pine. Below the plateau, yellow gum woodland is found. Throughout the park, wildflowers bloom in spring. About 500 species of native plants are found in the park, including several rare or endangered species such as rock wattle and skeleton fork-fern.

Mount Arapiles is home to a variety of animals and 109 bird species have been recorded in the area, including the peregrine falcon, rainbow bee-eater, Gilbert whistler and southern scrub robin. See kangaroos grazing the lower slopes and the possums that come out at night to forage in the tree canopies. In summer look for shingle-back lizards and eastern brown snakes soaking up the warm sun.

Camping round the rock
The main picnic area and the only location where camping is permitted is Centenary Park, near the base of the cliffs. There are fireplaces, picnic tables, water and toilets, but no showers, plus more picnic areas at the car park summit and at The Bluff.