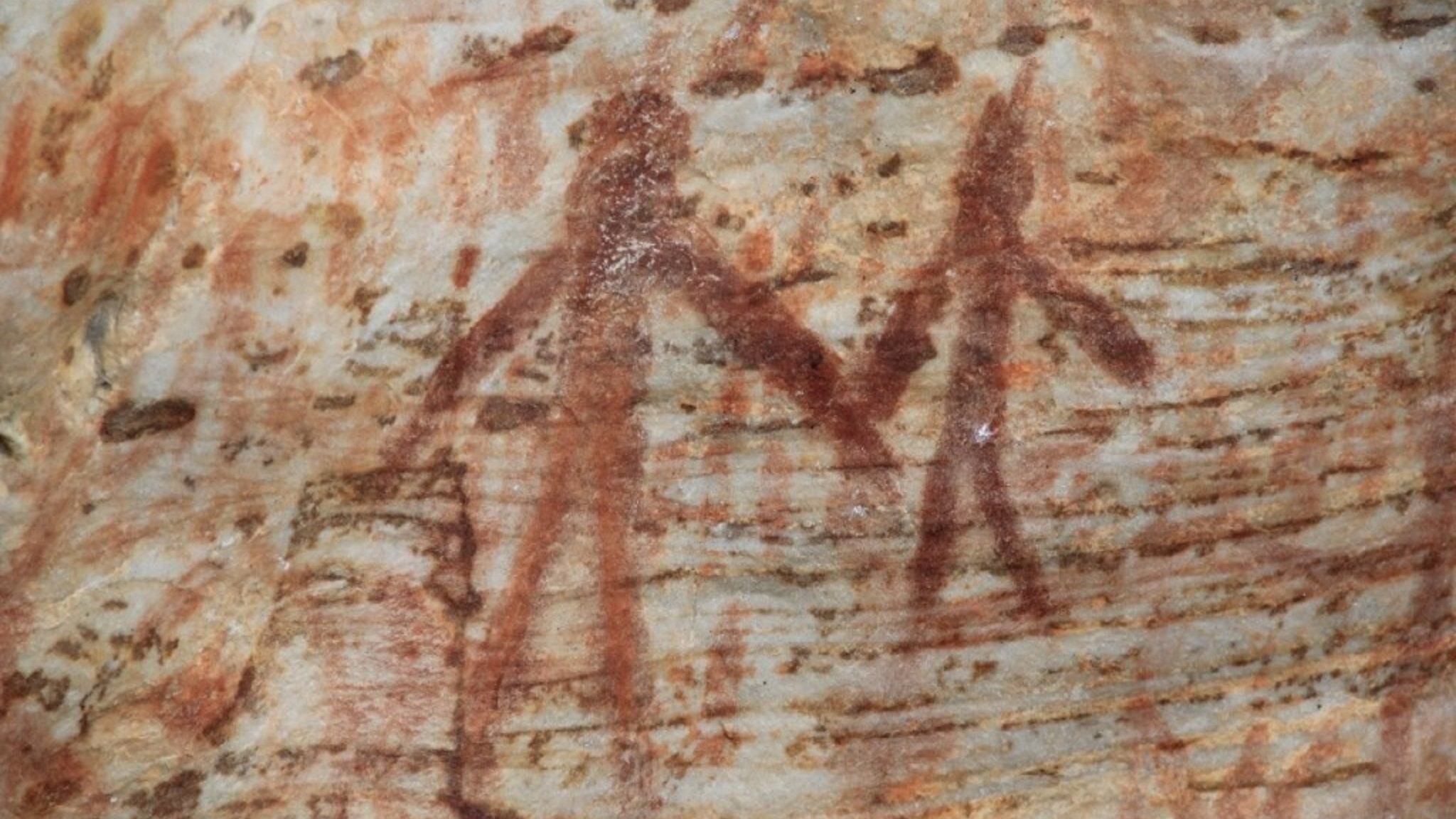 Billimina shelter is an impressive rock overhang where Jardwadjali camped from time to time and left many red paintings. Archaeologists who excavated this site in 1976 found stone tools and the remains of plant and animal foods. These materials demonstrated that groups camped here from late winter to early summer and caught kangaroos and small mammals such as bandicoots, possums and bettongs. They also collected emu eggs and freshwater mussels.

The most interesting aspect of the paintings at Billimina is the many bars arranged in horizontal rows. We believe these marks were used to count events in retelling stories or to record the number of days spent at a place.

While they are sometimes difficult to see, there are also emus, kangaroo and emu tracks, and 55 human stick figures painted here. Some of the human figures found in the middle panel are illustrated above, see if you can find them.