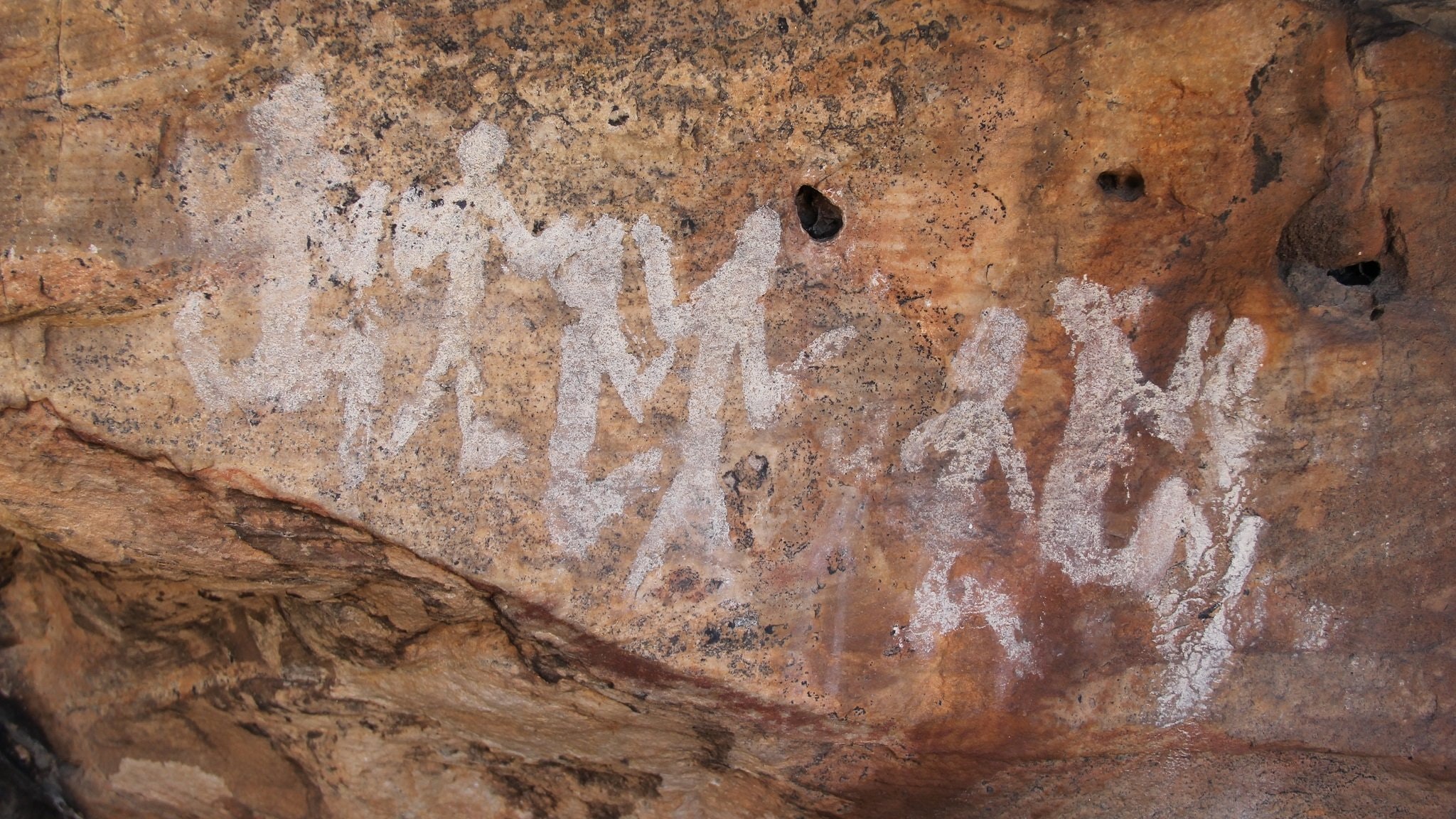 Ngamadjidj (pronounced NG as in sing, DJ as in jaw) is on the western edge of the ranges near a small secluded waterhole. Remains of campfires and stone tools used by the Jardwadjali have been found here, which suggests it was a favoured camping place. The paintings at this site are unusual because only white clay was used.

Elsewhere in Gariwerd the paintings were mostly done with red pigment. The remnants of sixteen painted figures are on this panel, but some are becoming very faint. Unfortunately nothing is known about the meaning of these paintings. The traditional lifestyle of the Jarwadjali was destroyed before it could be recorded.