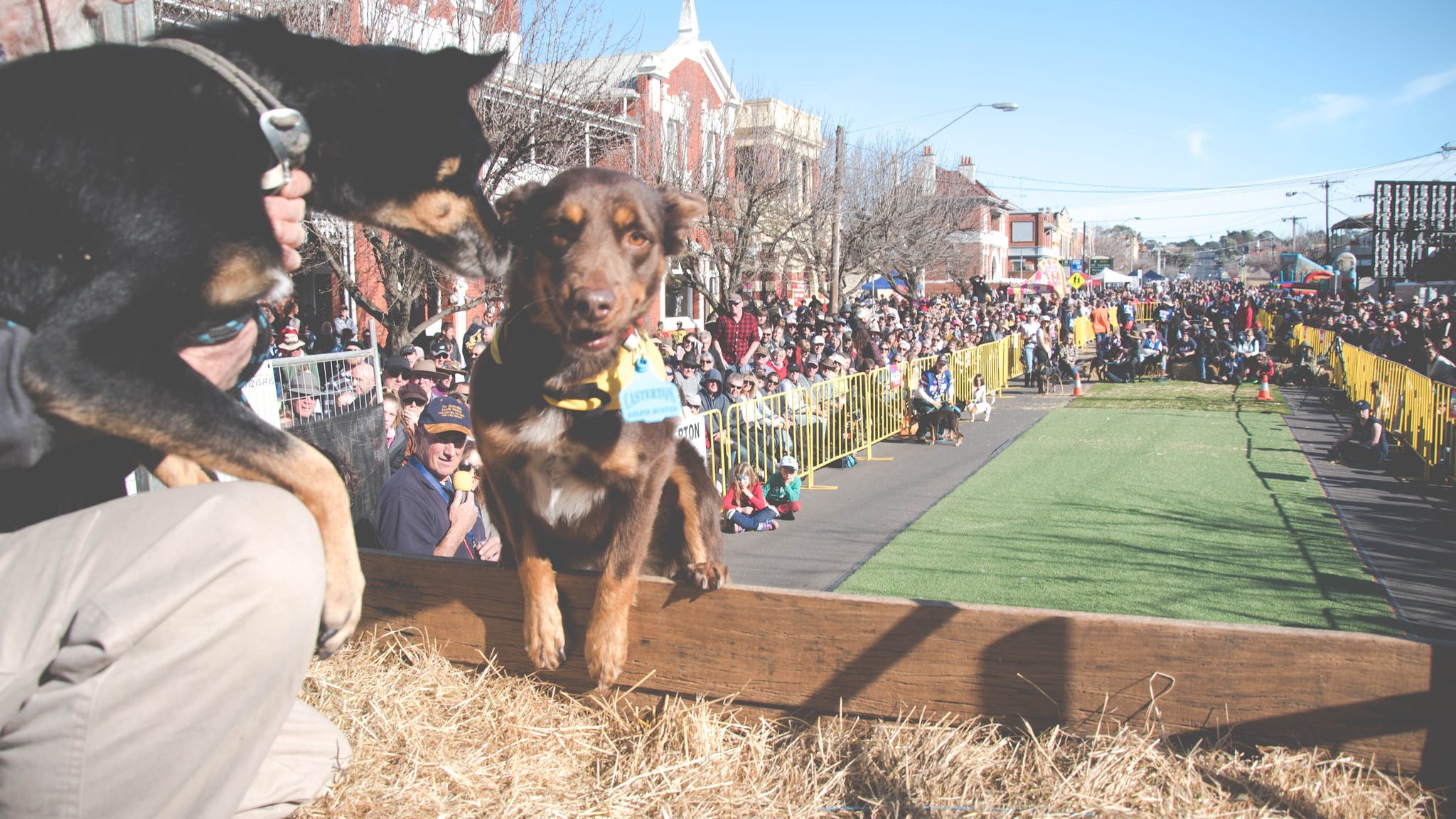 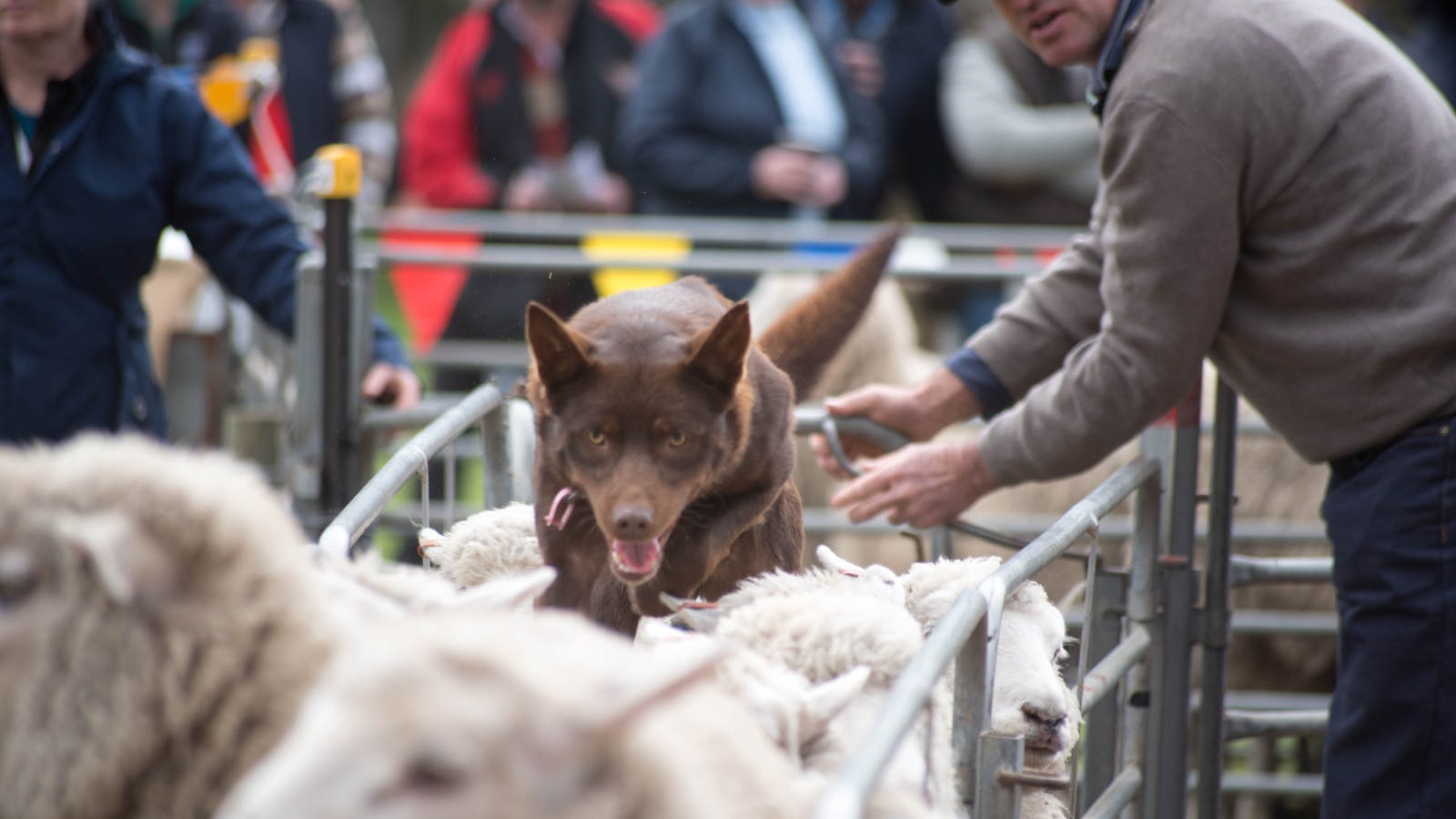 The iconic Australian Kelpie Muster is held in the town of Casterton in SW Victoria which is nationally and internationally recognised as the 'Birthplace of the Kelpie'.

The Muster is held annually over the June long weekend and incorporates the Casterton Kelpie Festival on Saturday and the Australian Premier Working Dog Auction on Sunday.

Saturday's festivities which stop traffic with the street closed off as Kelpie owners show off the dogs unique abilities in a series of endurance and skill tests, with city-based Kelpies taking on their country farming cousins.

Among the attractions is the Kelpie Hill Climb, the Stockman's Challenge, the 50metre Kelpie Dash, but the Kelpie High Jump is the crowd-pleaser with dogs vying to beat the world record of 2.951 metres set at the event in 2016.

On Sunday the annual Auction providing visitors with a unique demonstration of working dogs prior the much anticipated Australian Premier Working Dog Auction at 3:00pm when the dogs go under the hammer challenging the current record price of $22,200 set in 2018 got a working dog in Australia.