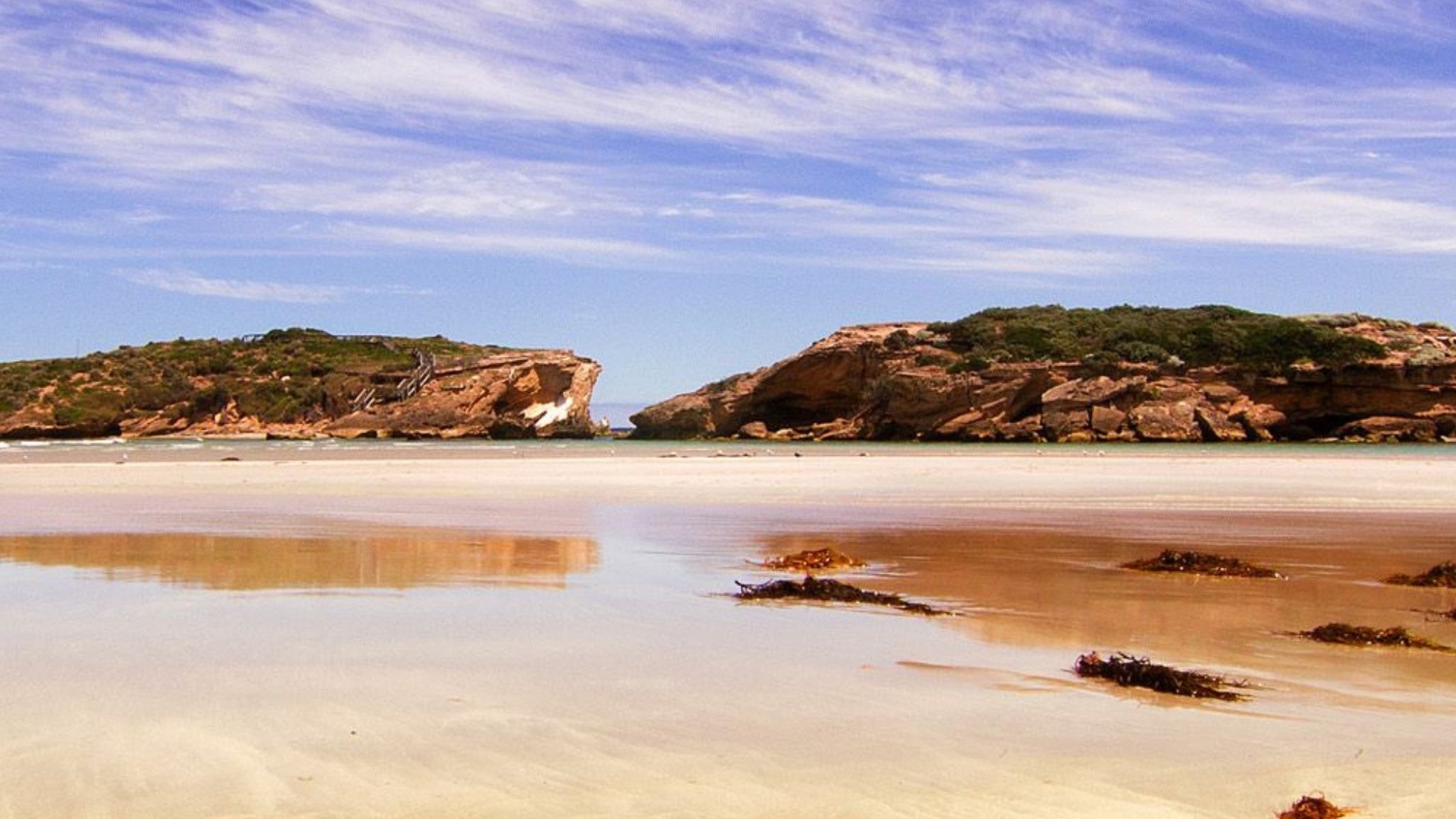 Middle Island is situated near Warrnambool harbour and has long been home to a colony of Little Penguins.

The Little Penguin (Eudyptula minor), the smallest of the penguin species, stands 40 centimetres tall and weighs about one kilogram. They can swim up to eight kilometres per hour and are capable of diving to 50 metres.

Little Penguins live mostly in the ocean, coming ashore to moult and to breed. Penguins breed from around three years of age, digging nesting burrows and using artificial nesting boxes to raise their young from August to February.

Little Penguins are great swimmers and being birds look as though they are flying through the water. As they come closer to land they surf in and project themselves up on to land like a small torpedo, usually landing on their feet. Once on land they waddle from side to side with their heads down, jumping over rocks. They usually follow the same path to their burrow each night and at Middle Island they have created worn paths into the soft sandstone.