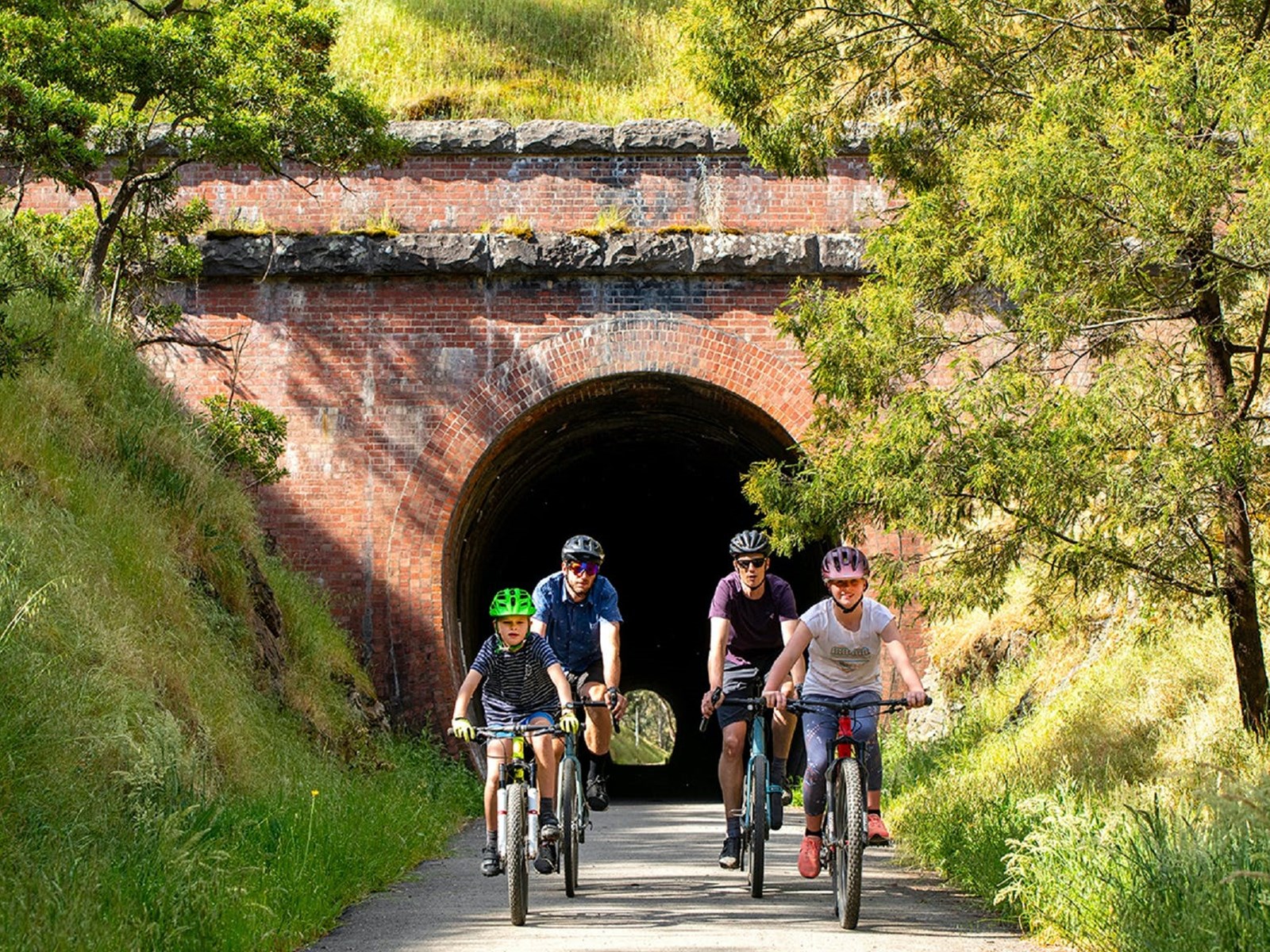 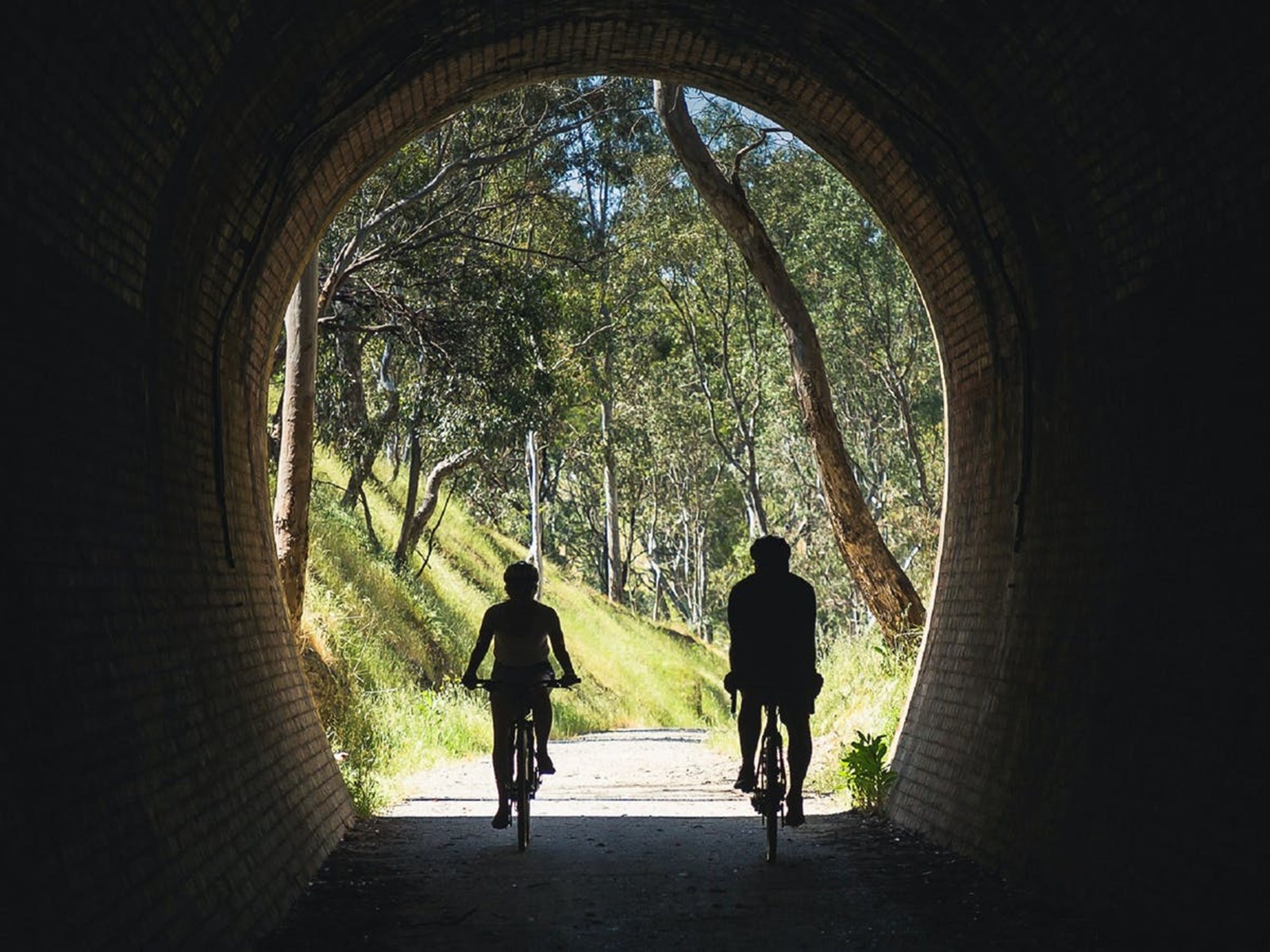 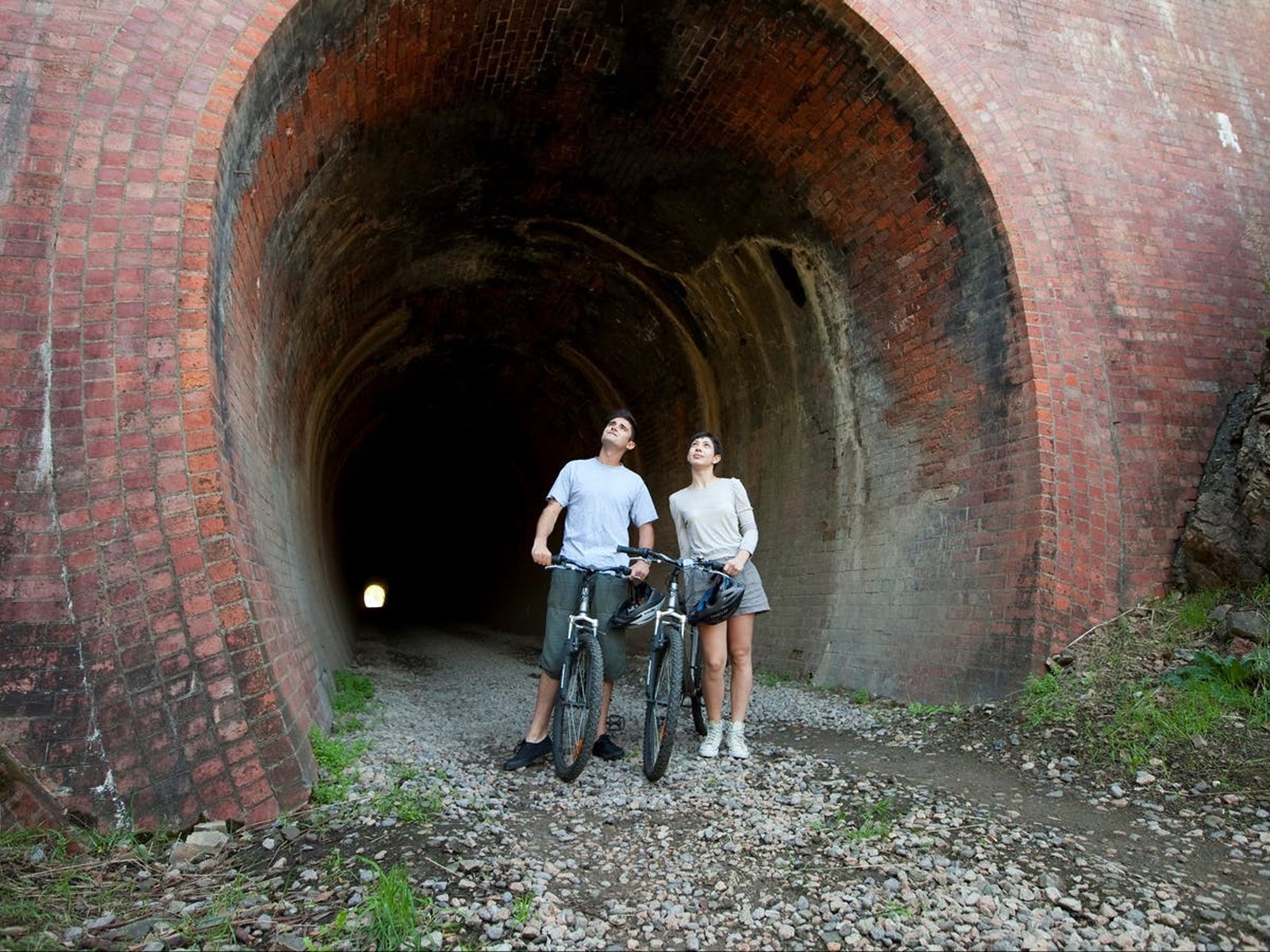 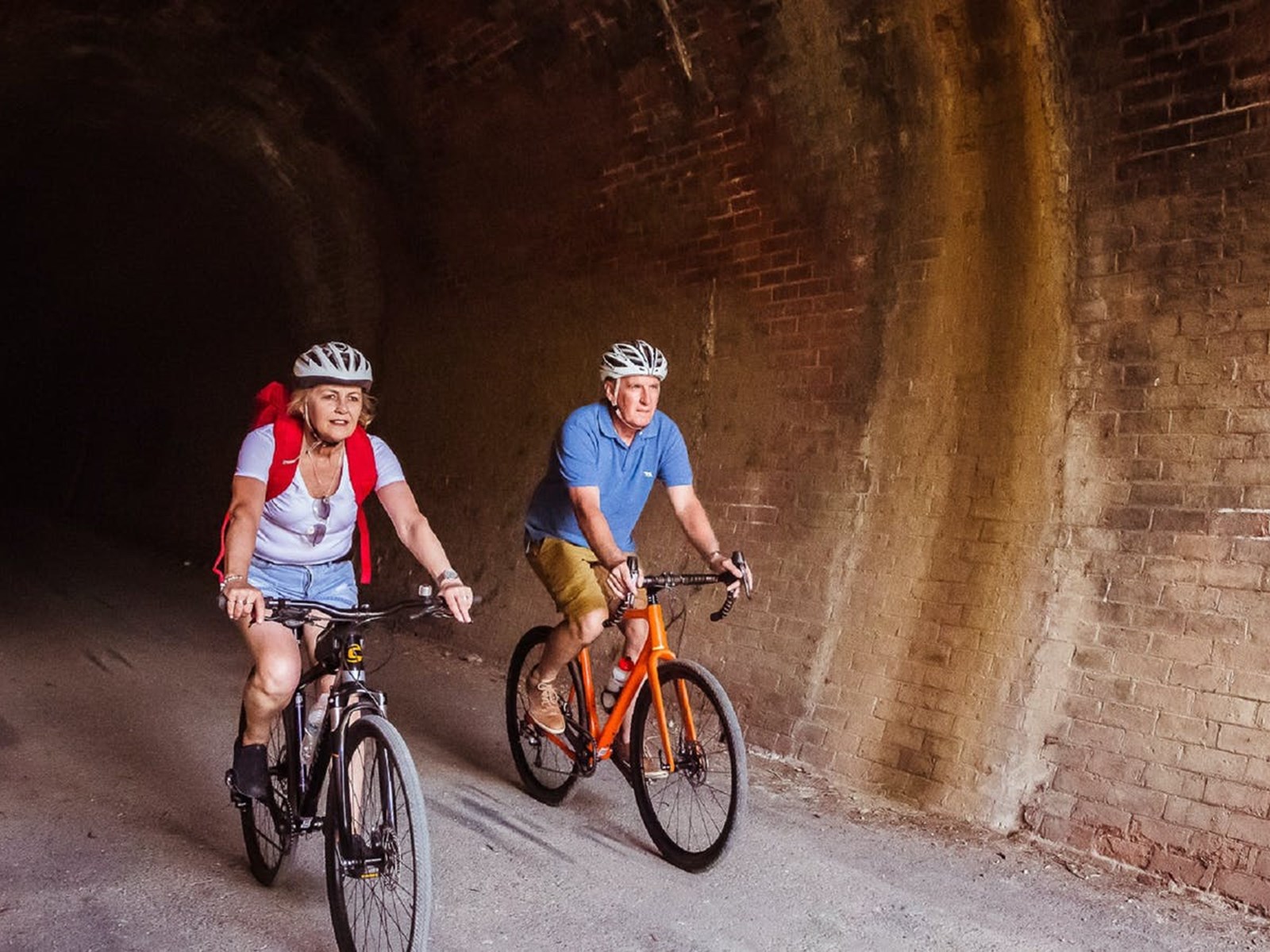 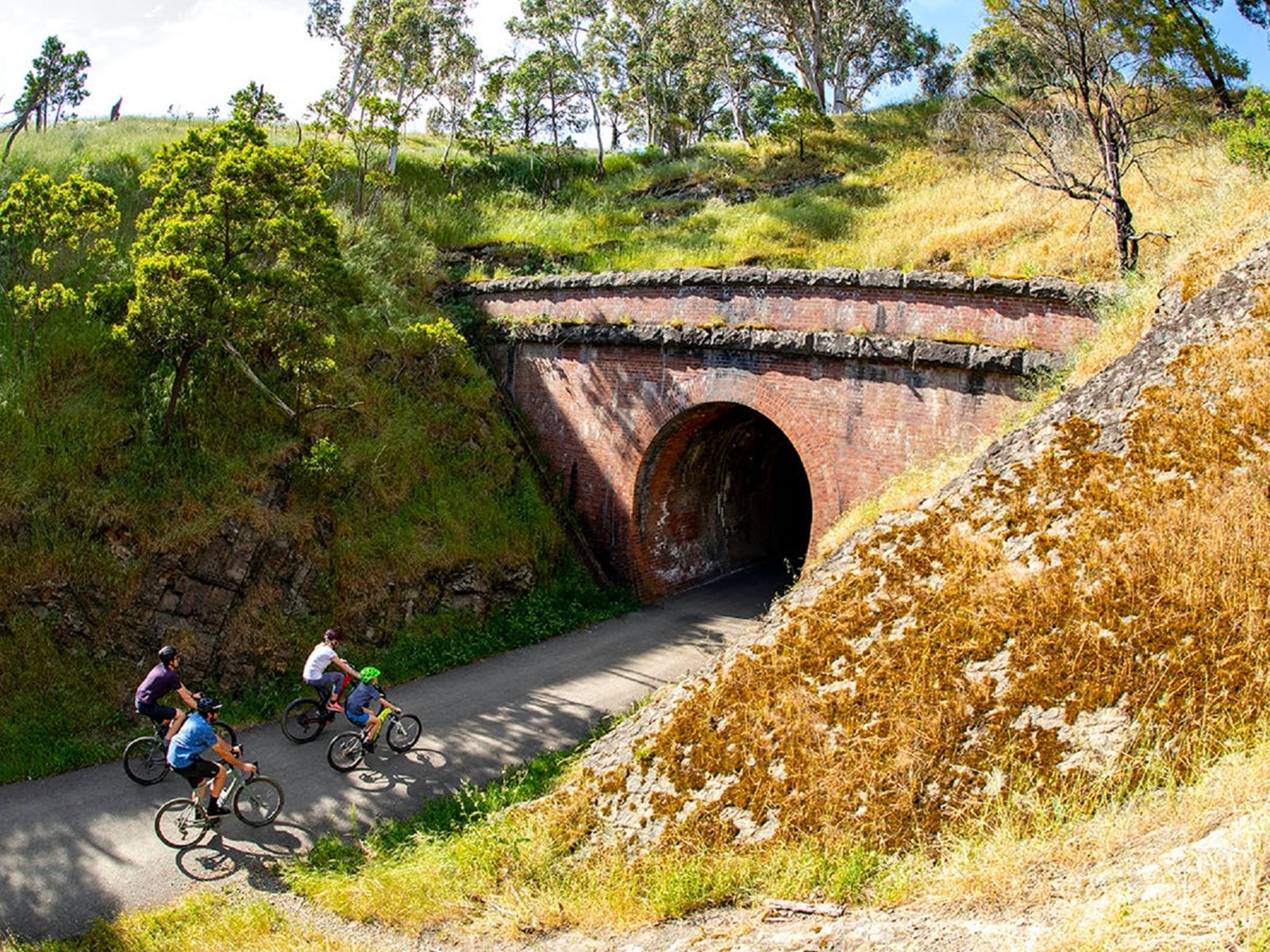 Website
1800 787 845Call
03 5797 2663Call
The historic Cheviot Tunnel is a key feature of the Tallarook to Mansfield Rail Line which operated between 1883 and 1970 and now the Great Victorian Rail Trail open to walkers, cyclists and horse riding enthusiasts. The Great Victorian Rail Trail meanders through undulating farmland along the majestic gum lined Goulburn River with stunning views
... Show more
into the foothills of the Victorian High Country.

Being the only tunnel on this line, and made using handmade bricks using local clay, which remain in excellent condition today it has tremendous heritage values.

The Cheviot Tunnel was constructed to pass trains across the Black Range at McLoughlin's Gap roughly half way between Yea and Molesworth.

The tunnel was constructed from an estimated 675,000 handmade bricks using local clay. This was sourced from Quinlan's pit in a nearby paddock just west of the Tunnel. Some steel hooks that held lanterns in emergencies still exist near the four indented safety alcoves. These are located at regular intervals along the eastern wall.

The Cheviot Tunnel is situated between the towns of Yea and Molesworth on the Great Victorian Rail Trail.