Chris and Gabrielle Moore are the makers behind Sailors Grave Brewing, a boutique craft brewery set in an old East Gippsland butter factory. Their specialty brews tell the story of the land and sea. Local ingredients make their way into every can, and every flavour points to home.

Chris and Gab gather much of their beer-making inspiration from the surrounding landscape – especially the remote stretch of coastline near the farm where Gab grew up. They're drawn to the idea of infusing their beers with seasonal local ingredients and foraged Indigenous botanicals.

'This remote stretch of east Gippsland coast where we live – everything kind of meets here. The Snowy River, the ocean, forest, wilderness. It's a special place.'

'There was this immediate connection,' Chris says. 'The idea of ingredients, people and nature, all embedded in this wilderness. We searched for ingredients to express this place and it was all around us.' 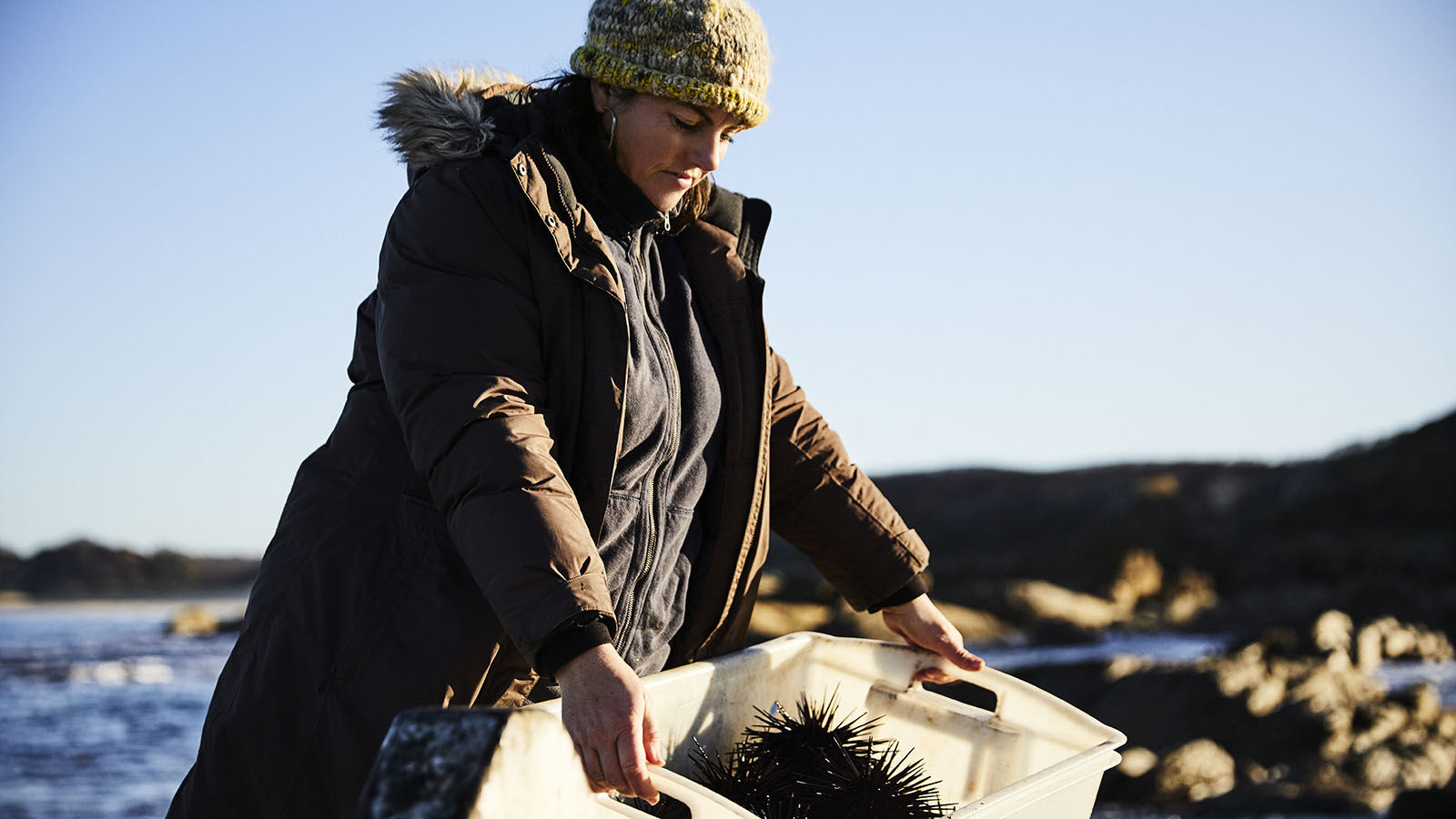 Sea urchin is one of the unusual ingredients Chris and Gab have put to creative use in their brewing.

Inspired by Gab's family connection to abalone diving and a desire to make an 'ocean beer', they began working with Mallacoota seafood diver Jason York, who they met through the Mallacoota Seafood Festival. Jason gathered wild sea urchin – a 'pest' that causes devastation to other sealife, due to a population boom, triggered by rising sea temperatures.

'We thought we could have an ingredient that expressed the ocean but also was kind of eating the problem as well. So we came up with this beer – a kind of salty, briny marine beer,' Chris says.

'Jason dove for sea urchins on the morning of the brew. We put in everything, pretty much, apart from the spines. It just tasted so fresh and subtle and really expressed that idea of place.' 'Our beers are always about telling stories,' Chris explains. 'We get almost all of our ideas from the tension between land and sea, and we really feel we're capturing a time and a place in our beer. It kind of guides us, and then the beer itself becomes a kind of map, a story of the place.'

'There's this seamless connection between land, river, ocean, mountains, and it all kind of comes to a head where we live.'

The creation of their UNI sea urchin and lemon myrtle gose beer was key to connecting land, ocean and family story in a brew.

The use of lemon myrtle, an aromatic native Australian bush ingredient, came about through a developing relationship with Uncle Noel Butler – a Budawang Elder of the Yuin Nation, who forages for the herb. This connection has in turn opened up the opportunity to learn from Uncle Noel's storytelling. 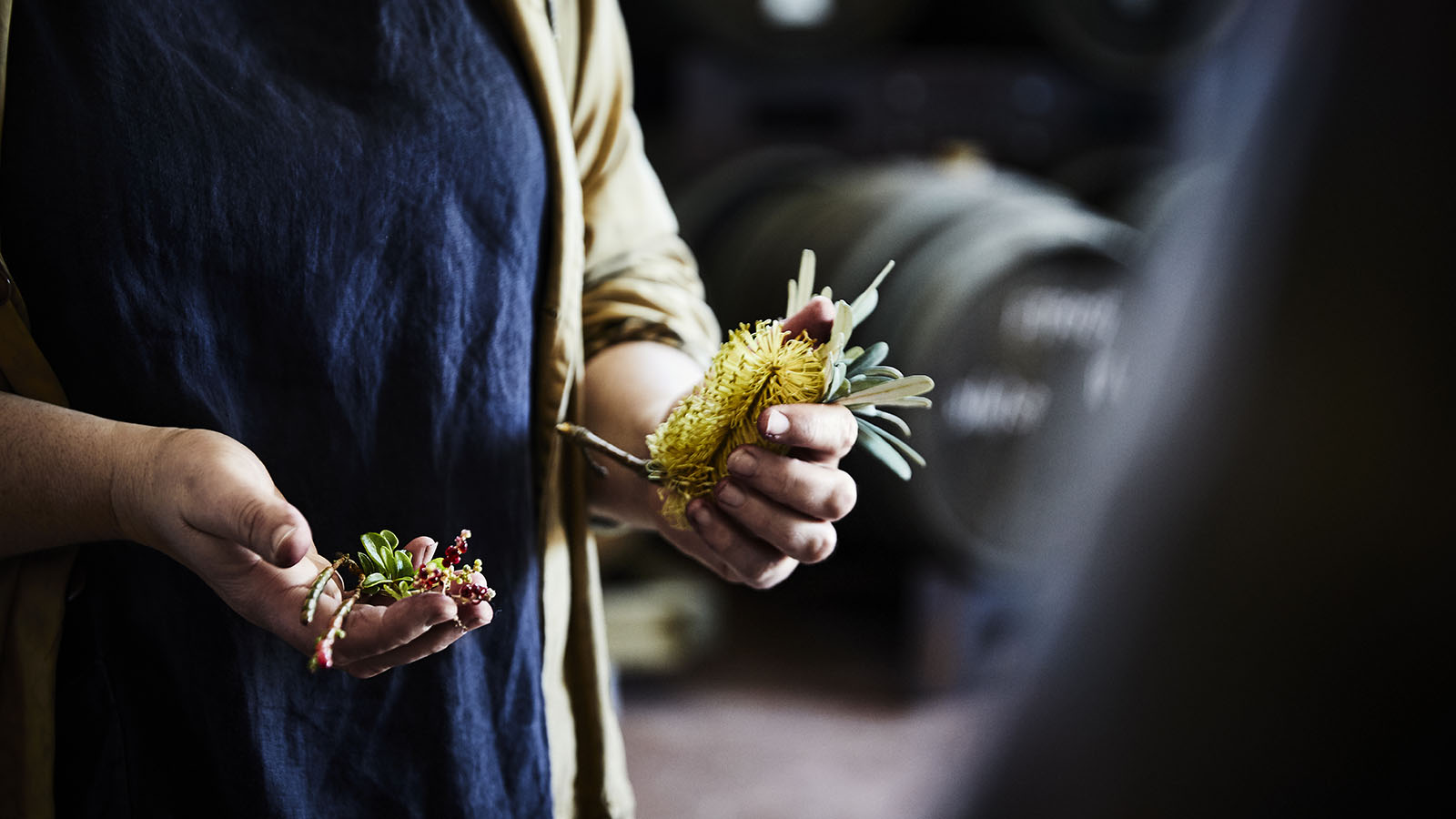 The couple's relationship with Uncle Noel has deepened their respect for Australia's first people as nature's custodians and for the land itself.

Chris and Gab appreciate the layered history of Gippsland, its people and stories – a region with an amazing history that they are now a part of.

'We're driven to evolve, and we can't move forward without acknowledging and understanding the past,' Chris says. 'If you don't connect with the people you're not really connecting with the place.'

In addition to ocean ingredients and native botanicals, Chris and Gab use produce from local farmers and orchards – even the hay from a nearby barn.

Relationships with regional producers are vital to their brewing process.

'A big part of what we do is about collaboration,' Chris explains. 'We collaborate with producers all over Gippsland. Gippsland's really important to us.'

'What we do is completely unique to this place. It’s created by this place and is an expression of this place.' 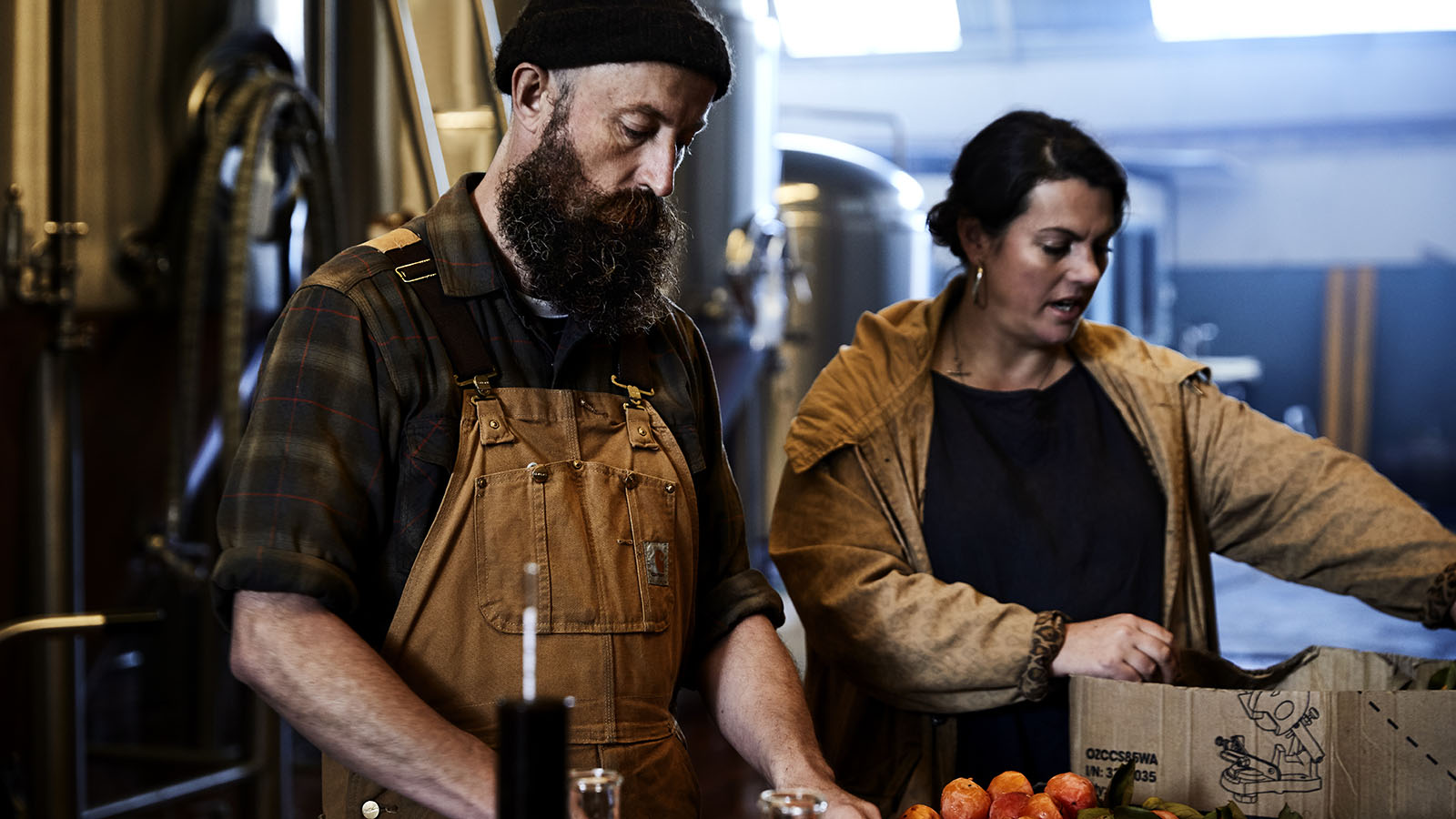 Persimmons sourced from organic Hazeldean Forest Farm have popped up in another 'pretty crazy beer'. Chris explains the process 'uses a by-product of sake-making to ferment the beer and then [they] put the persimmon in to lift this floral, fruity character.'

Beer making is an evolving process that Chris and Gab feel passionately about. 'We're driven to challenge ourselves and we never feel like we're finished.'

They may be distributing their niche, specialty beers around the world, but it's their local patch that is at the heart of what they do.

'Our beers are like a map, they're like a compass, and they all point back to where we live,' Chris says, adding that '… for people to be able to taste an expression of Gippsland so widely is something we're really proud of.'

For Chris and Gab, this is a journey that's just getting started. 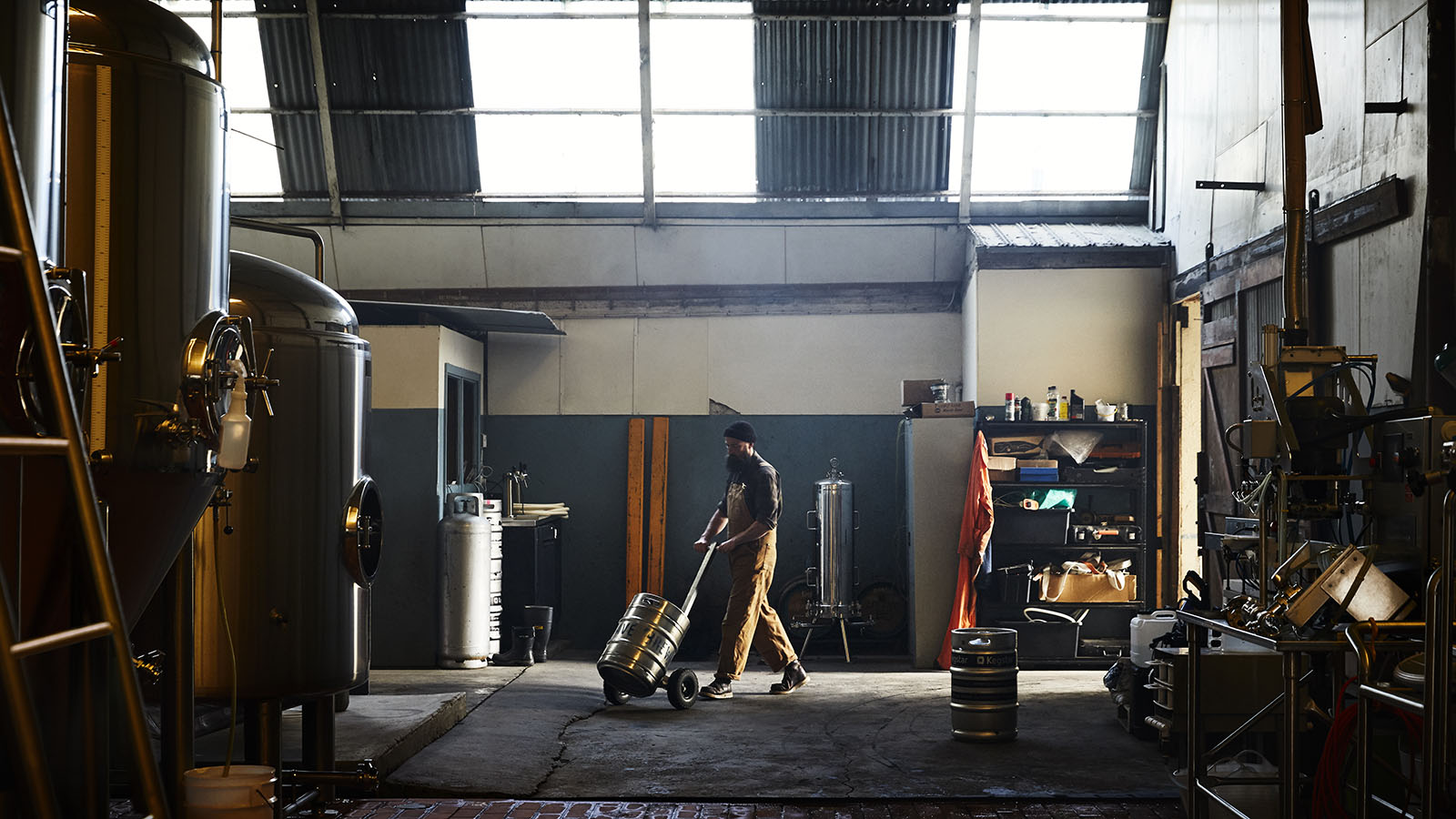 Breweries
A treacherous cove at Cape Conran is the inspiration for the name and the spirit of Sailor’s Grave, brews inspired by the ocean and rural living. A sea...

Gippsland
Chris and Gab Moore, brewers behind Sailors Grave Brewing in East Gippsland, take us on a tour of their favourite spots in Gippsland.

Eat & drink
Get a taste for Gippsland's best at cafes, restaurants, cellar doors and breweries on a food and wine trail across the region's west, south and east.