After a career spent honing his skills at one of Australia's best restaurants, chef James Campbell traded the city life to return home and open his dream restaurant at a historic town pub.

At the historic Bunyip Hotel in Cavendish, chef James Campbell draws on his relationships with local farmers and producers to put the most authentic flavours of the Grampians on a plate.

The stillness in the air is suddenly interrupted by the whizz of James Campbell's fishing line as it gently unspools and lands with a wet plunk in the middle of Rocklands Reservoir. The rosellas in the surrounding trees, some of which are half submerged in the water, are unperturbed. There's no one else around.

Whenever James needs a little place to switch off, this is where he comes. His father taught him about this beach, as his grandfather taught him. It's a secret fishing spot, not openly talked about among Cavendish locals and difficult to reach.

'Being close to nature, goes hand in hand with my philosophy as a chef,' says James, adding that fishing brings him a meditative calm. 'Usually, I'm planning a menu a lot of the time in the back of my mind.' 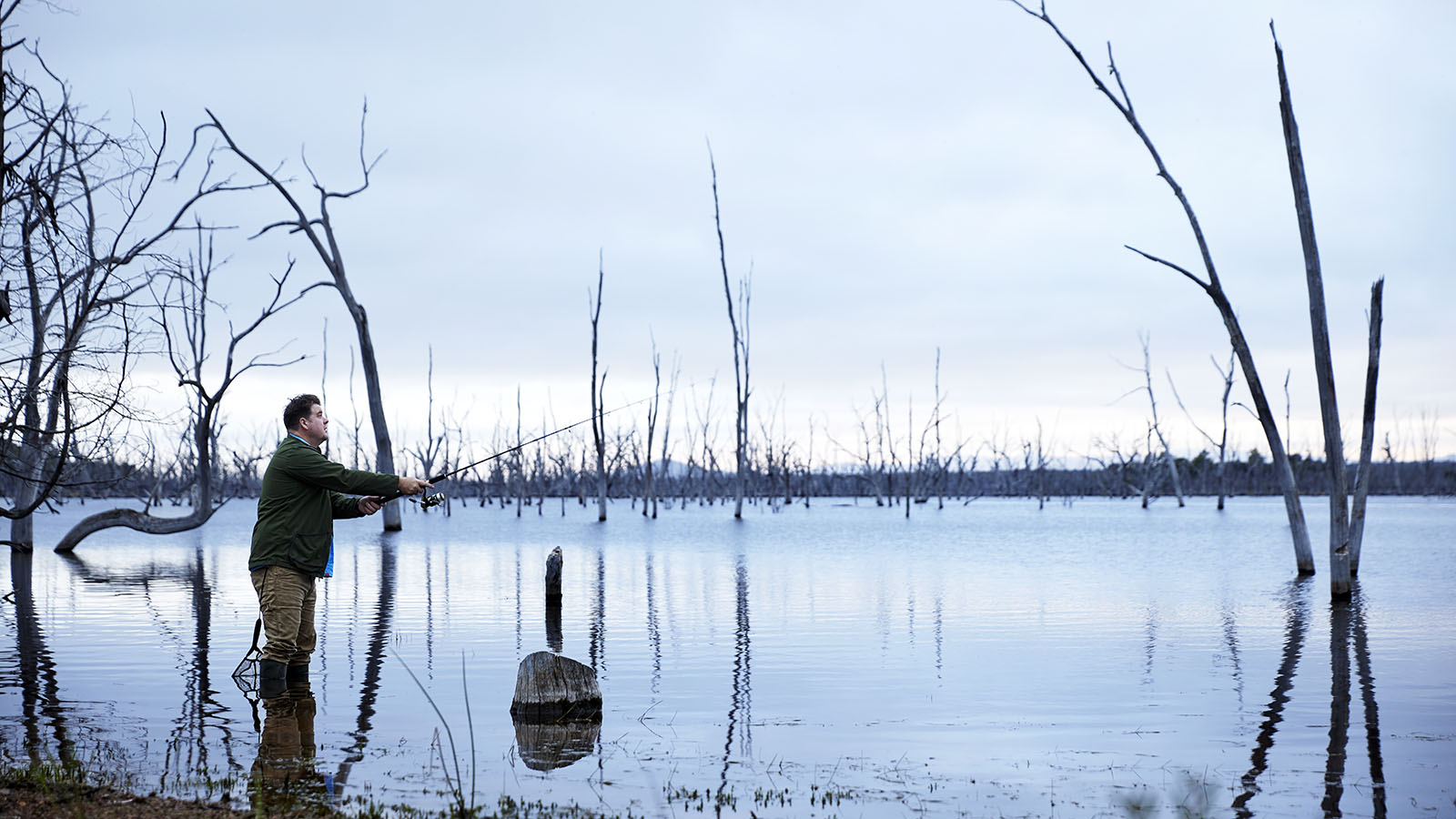 It's a marked change of pace for James, an award-winning cook who previously created world-class dishes as head chef and part owner of the acclaimed Movida Melbourne. After many years cooking in Australia's biggest cities, the thrill of James' successful hospitality career was slowly replaced by what he describes as a longing to return home to the mountains and grasslands of western Victoria.

James returned to the family farm with a mission: to celebrate the regional produce and character of the Grampians the same way he did for Spanish food at Movida. When an opportunity came to take over The Bunyip Hotel, an iconic Cavendish pub dating back to the 1840s, James leapt at the chance.

Working together with a network of local producers – stretching from vegetable farmers in the southern Grampians to manicured vineyards in the north – James set about capturing the essence of the Grampians in a menu that truly reflected the region.

'My philosophy is about trying to distill produce down and express it in its purest form.'

'If my vegetable grower brings carrots to me, she's cared for them through winter, got them to the stage where they're perfect. I see those carrots and I feel like I have a responsibility to express them in the best possible manner. It's grown and picked the day before I'll cook it, so it's just at its absolute best,' explains James.

He says that many of his suppliers are unique in that they specialise in producing just one ingredient, such as growing only chickens or tomatoes, and they're passionate about their area of expertise. The proof, according to James, is in the flavours when it all comes together on a plate at the Bunyip Hotel. 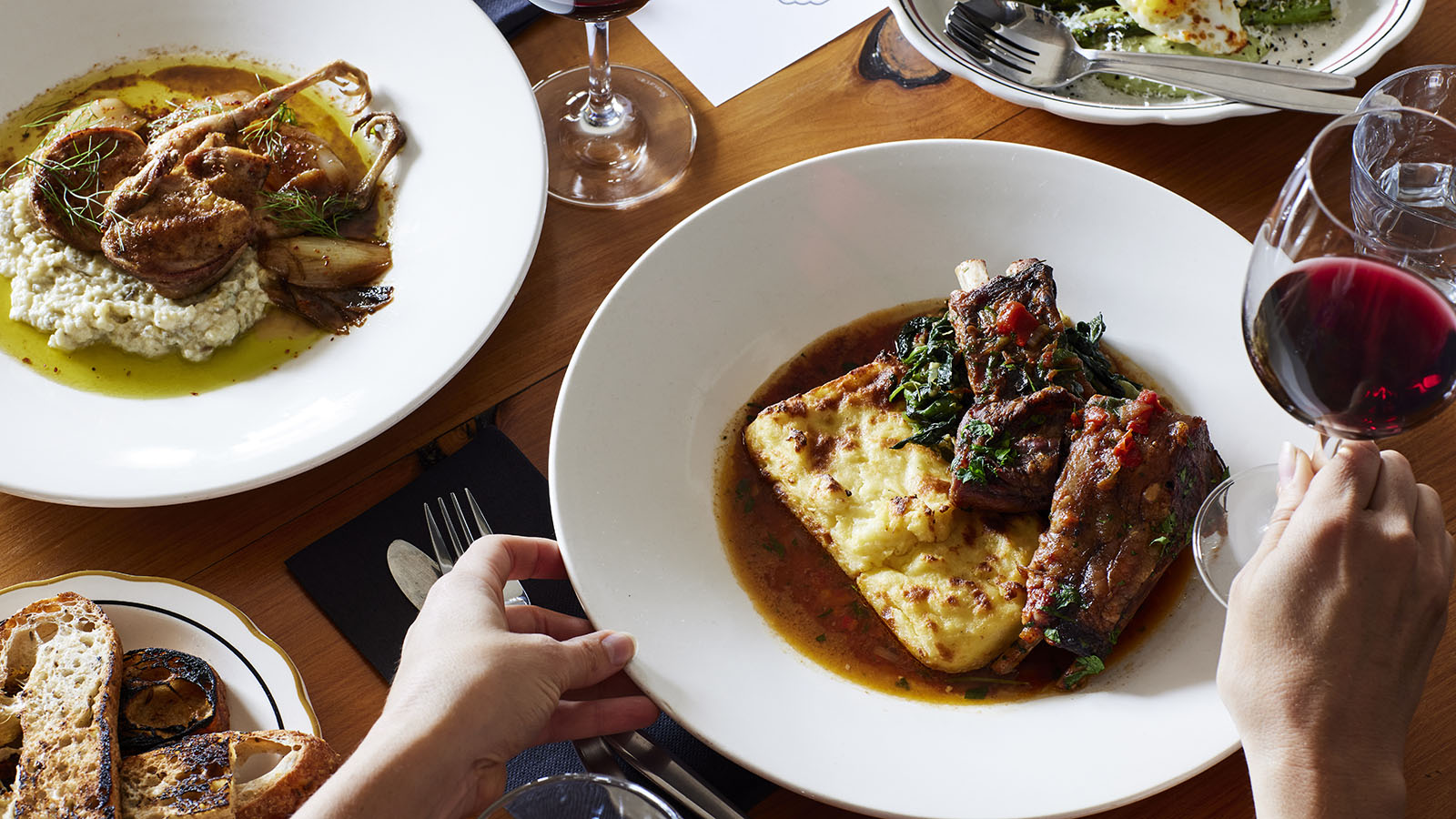 The menu at the Bunyip Hotel changes daily, in what James describes as their freestyle 'no holds barred' style of cooking. If someone in the kitchen has an idea for a dish, so long as the ingredients are in season and it's tasty, they'll put it on the menu. Locals who have visited the pub every weekend for decades could find something they have never tried before alongside new takes on old classics, like egg and chips (the Bunyip's version involves a blow torch and paprika).

Standing inside the pub, where framed photos of young footballers – who are now grandparents – line the walls and ancient cracks weave through the floorboards, you can feel its 180-year history. James feels a deep sense of duty as the current custodian of the Bunyip to keep the 'campfire of the community' burning.

'There's certain nights where it's just electric. On your hot nights in the summer, when everyone's coming in just desperate for a beer or a cold glass of rosé, there's this wonderful buzz of people laughing, warmth, caring.'

'Everyone in our community feels like they are a part owner of the Bunyip. And that feeling is so wonderful to be a part of.' 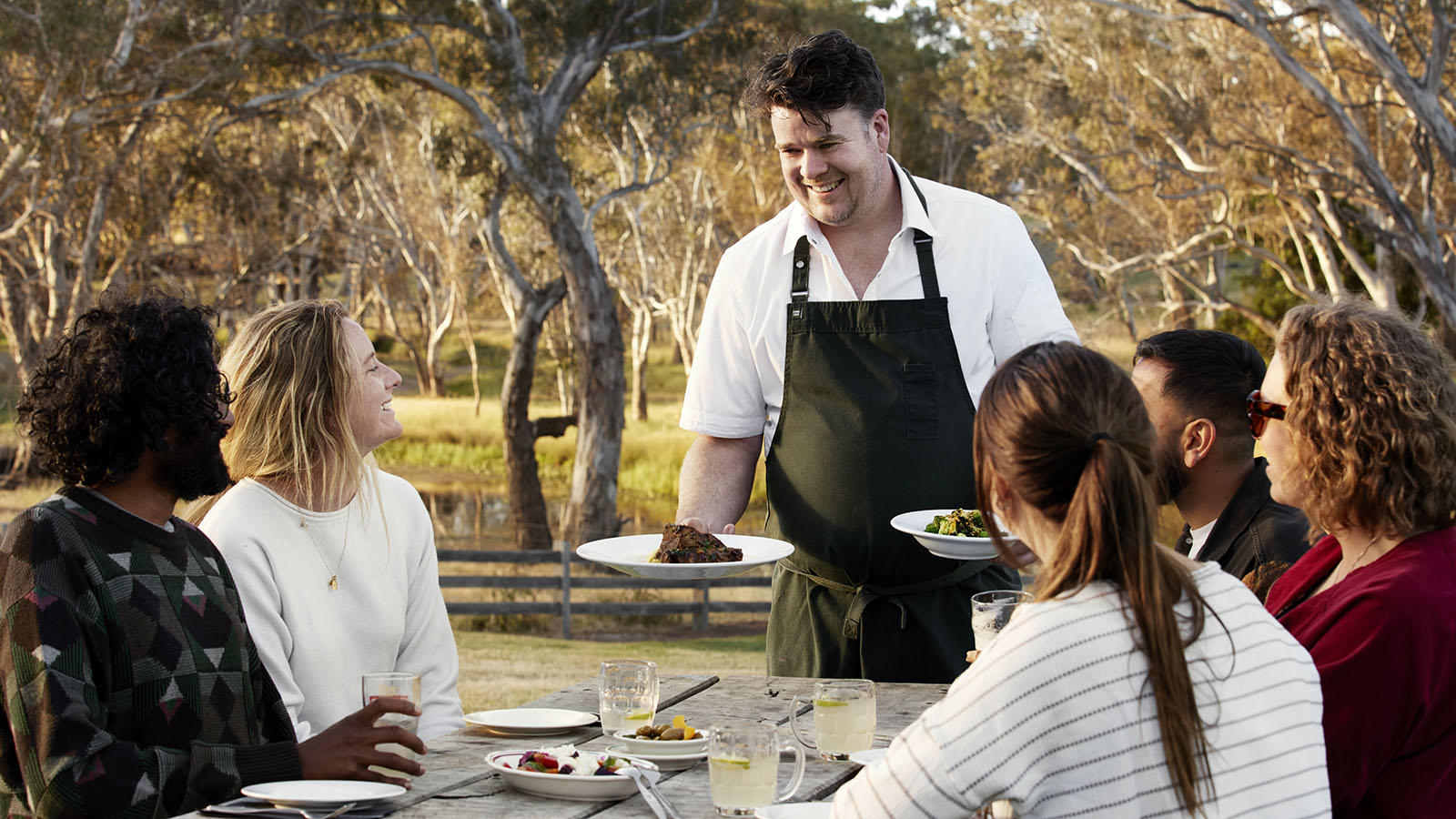 'For people travelling through and visiting the Bunyip, when they come into the pub there is a feeling of authenticity. It's not a contrived environment. These really are locals here. There are people who have sat in the same chair for the last 40 years.'

Reflecting on his career, James says the Bunyip Hotel is his masterpiece – the culmination of countless kitchen hours that have led him away to the Big Smoke and back again. But even still, he can't quite put his finger on what makes his pub so special.

'It's the people. It's the food. It's the bridge, the red gums, the great-grandfathers drinking beer and the photos on the wall. You add all those things together, and that's what I love the most about the Bunyip.'

'I think in life there's certain things that everyone wants – and one of them's a pub.'

Destinations
Admire the grandeur of Hamilton, with its majestic homesteads, ornate buildings and manicured gardens - the legacy of a rich, wool-growing heritage.

Victoria's regions
Inhale the air up there in the Grampians and be dazzled by the diverse natural attractions and their Aboriginal stories, plus stunning sparkling wine.

Eat & drink
Swipe your finger along the dusty barrels in the 1860s cellars at Best's Great Western and get a feel for the history of the Grampians wine region.

Outdoor & adventure
Step out and explore the Grampians region's spectacular natural beauty on foot with a short gentle stroll or a multi-day wilderness adventure.

See & do
Discover evidence of an ancient past in the Grampians: oven mounds, toolmaking materials and a high concentration of Aboriginal rock art sites.

See & do
Throw a leg over your motorcycle or step into your car, either way a driving holiday in the Grampians comes well recommended.