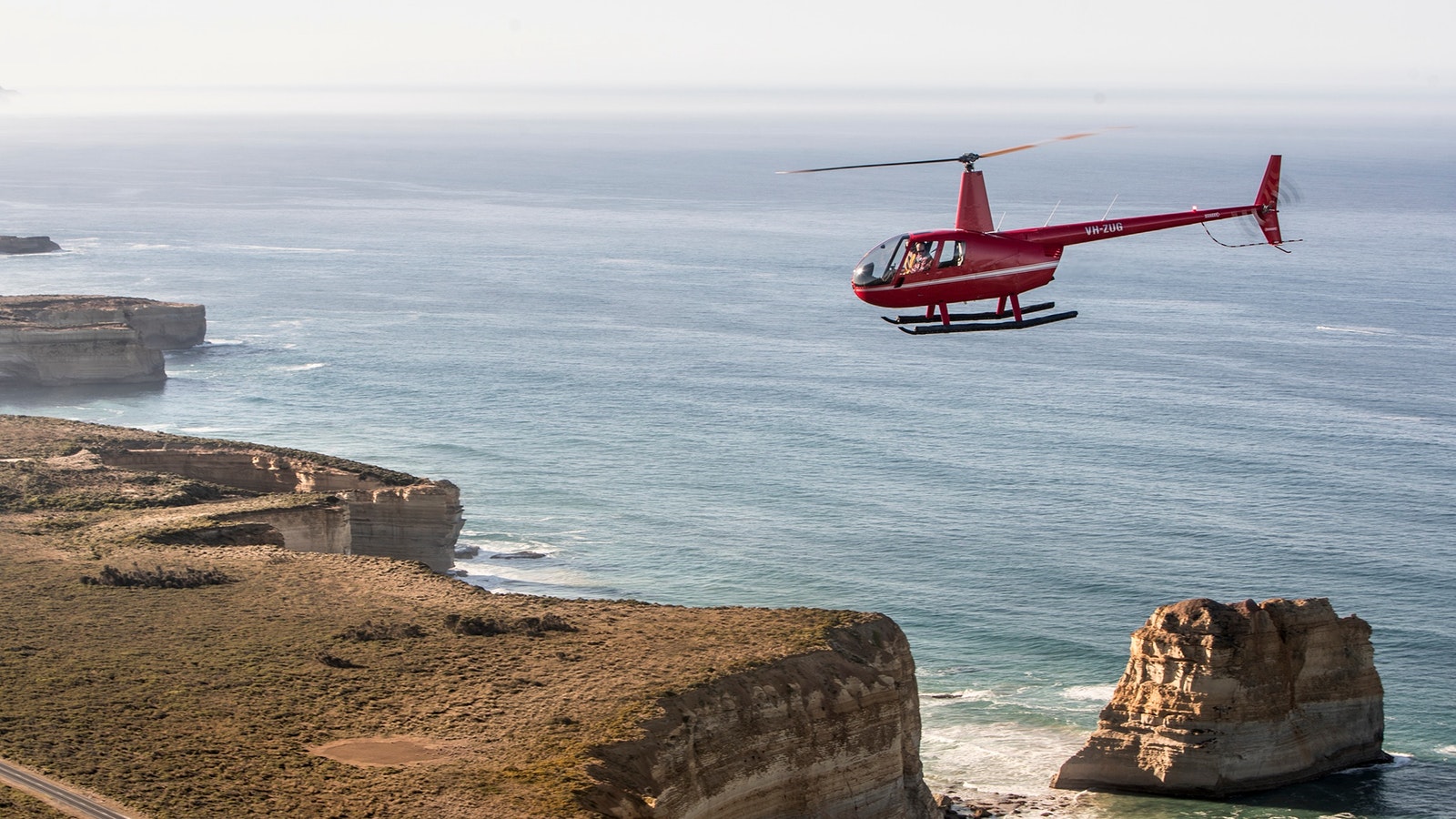 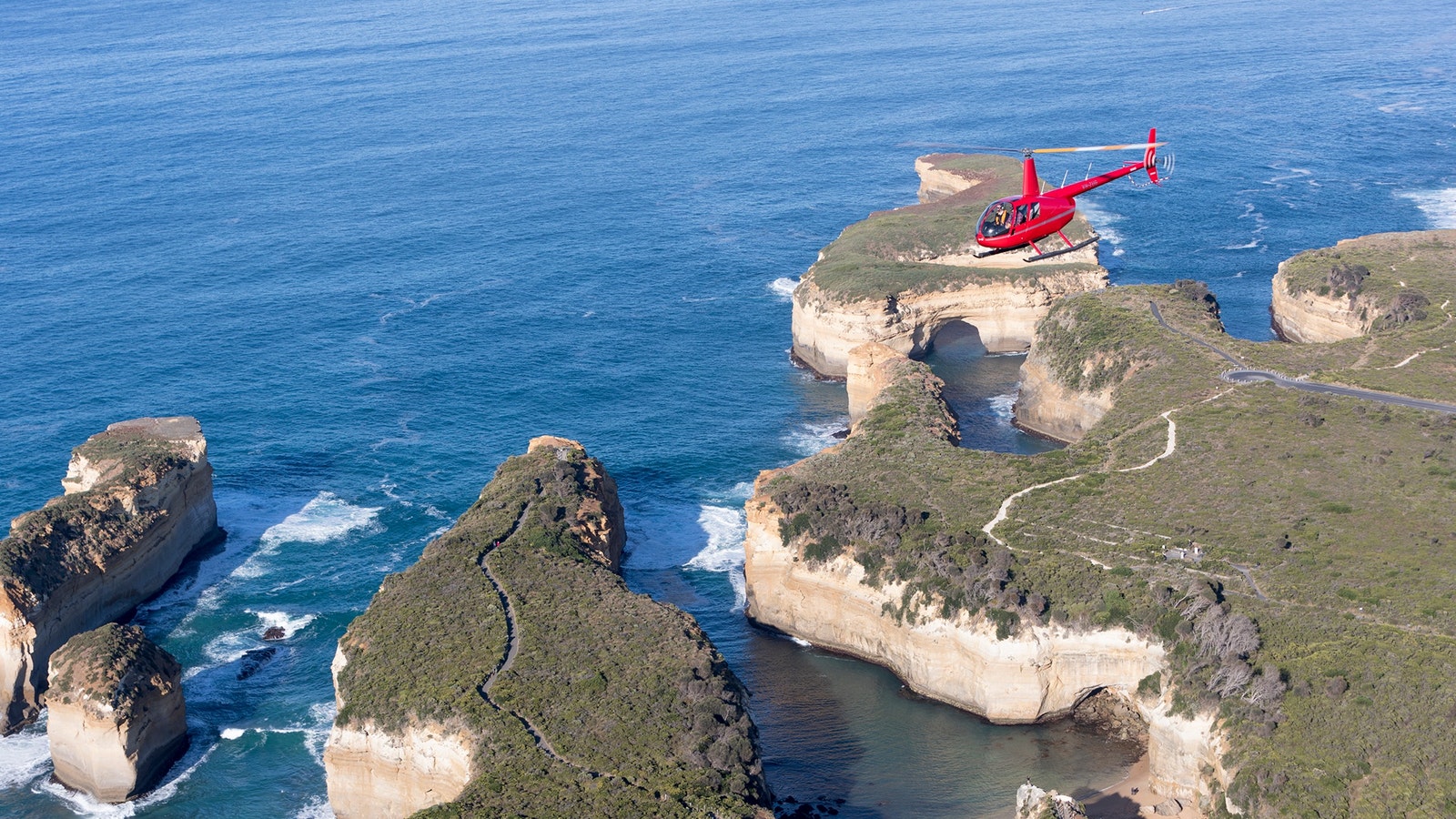 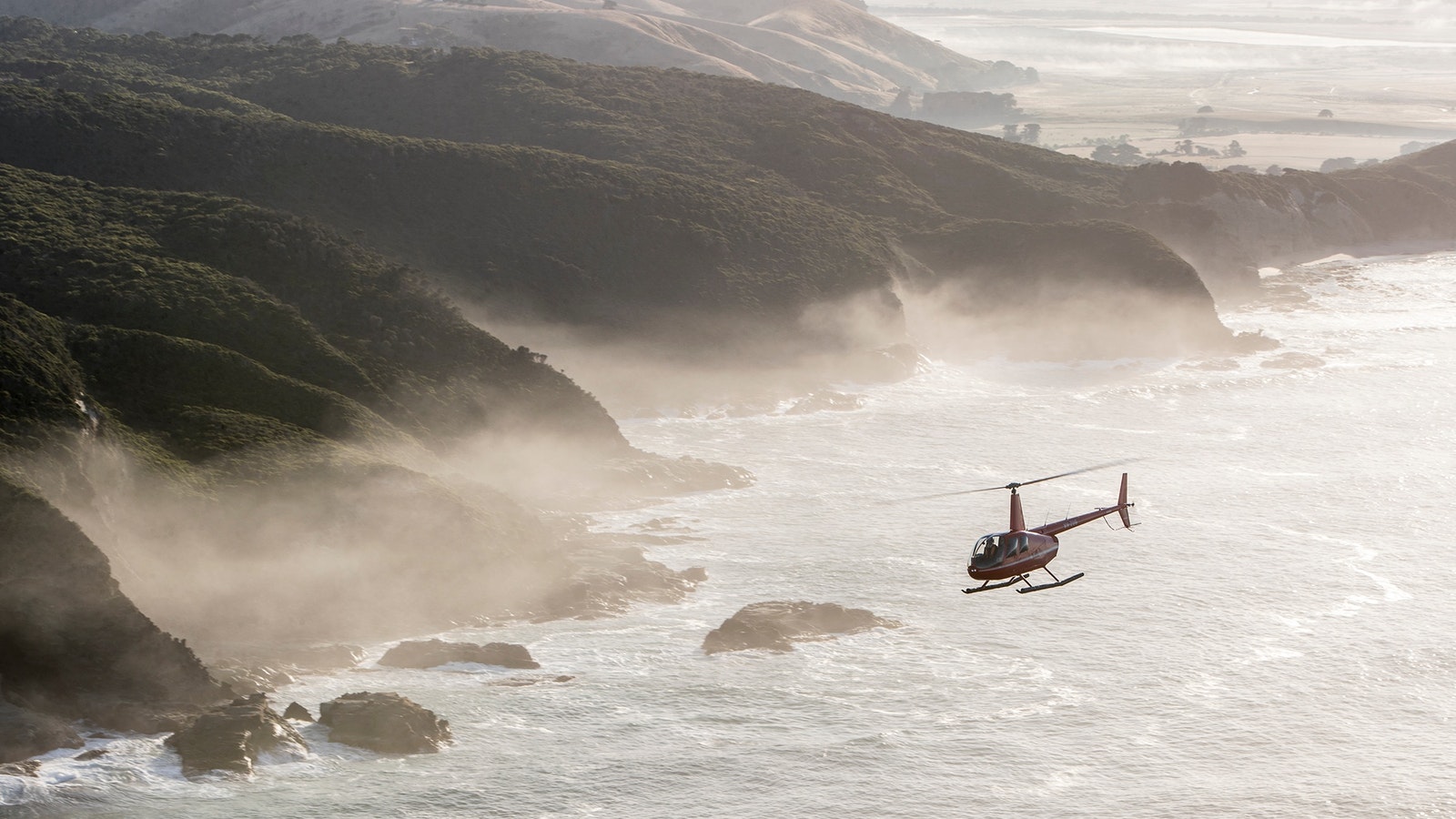 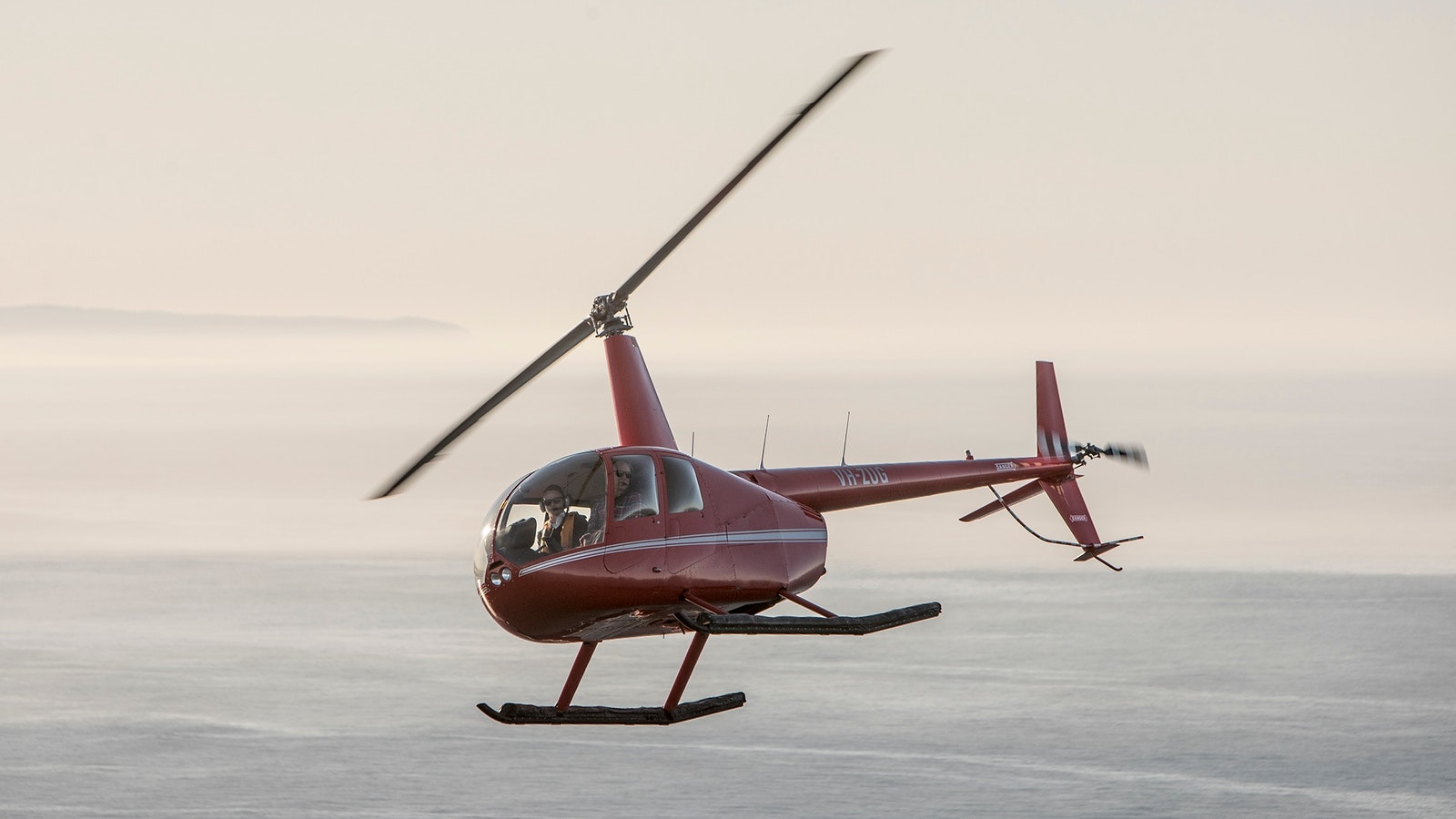 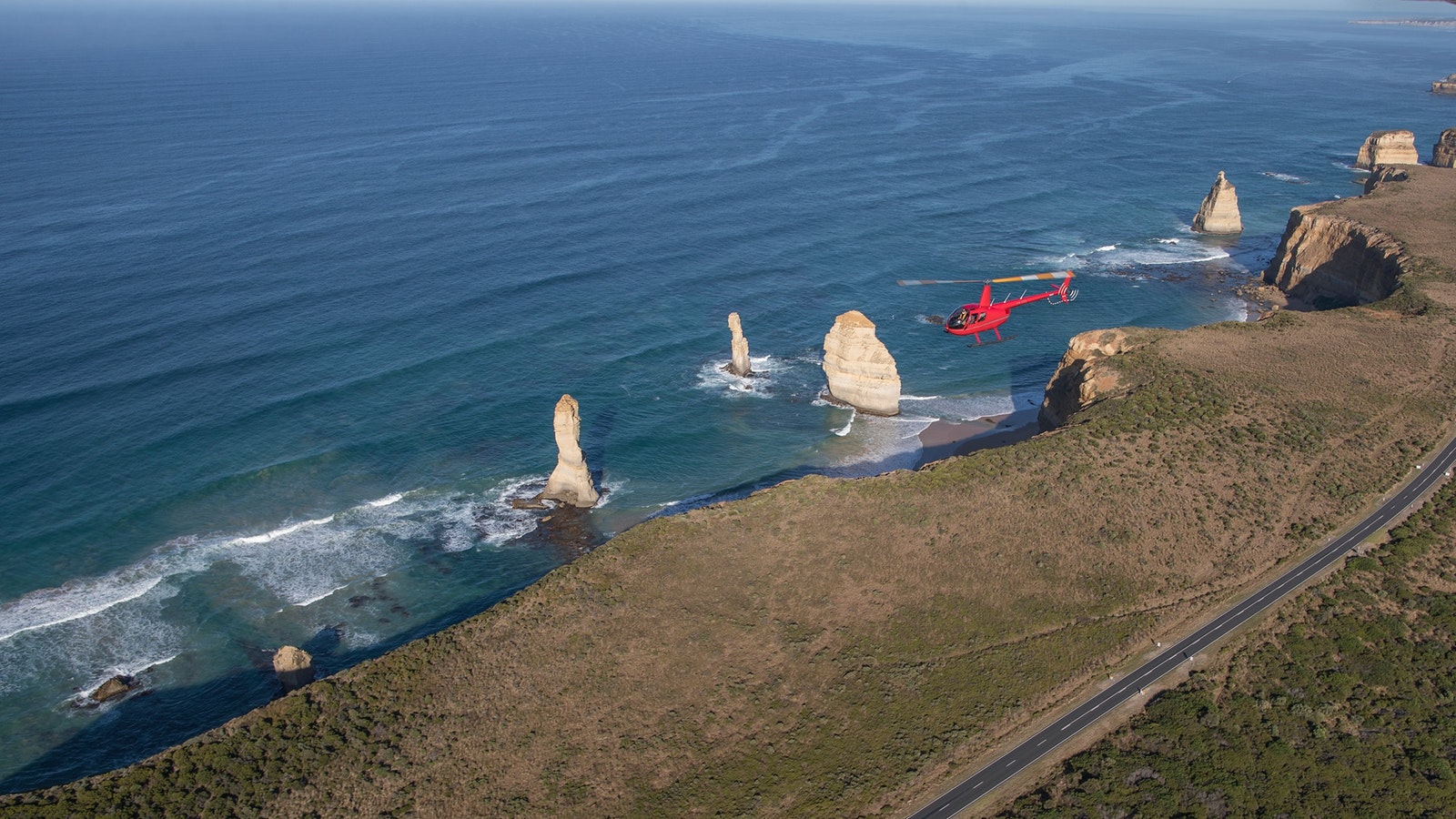 Take the 12 Apostles adventure flight tour with Apollo Bay Aviation departing Apollo Bay in either a helicopter or aeroplane. Flight time 45 to 50 minutes.

Once airborne, take in the scenery of the remote rugged Shipwreck Coast with the verdant Otway Ranges as a backdrop. Track on the outbound leg via the historic Cape Otway Light station then along a spectacular coast where no roads or vehicles can go.

Ponder and reflect upon the Australian mainland's first light station. In its heyday, 100 sailing ships per day entered the hazardous strait after a grueling non-stop journey from Liverpool during the Gold Rush period.

Fly onward up this most breathtaking Shipwreck Coast past Dinosaur Cove, Johanna Beach, Moonlight Head, the sculptured coastal 12 Apostles rock stacks, historic Loch Ard Gorge. (If you choose the 1 hour flight extension, then on to port Campbell, the London Bridge arch, Peterborough and Bay of Islands as an optional extra.)

Home via the verdant Otway Rainforest valleys before a landing back in beautiful Apollo Bay.

Flight route sequence may alter between Helicopter and Aeroplane.

Fly by Helicopter departing from Apollo Bay to the 12 Apostles via the Shipwreck Coast and Otway Rainforest, by either helicopter or aeroplane. Recognised as one of the worlds iconic scenic flights.

Drive the Great Ocean Road to Apollo Bay and fly the rest with Apollo Bay Aviation.

Other destinations such as King Island and Tasmania are also available by air charter.

Tours
Cape Otway Lightstation 'Cooks Tour'(Helicopter or Aeroplane)
Departing Apollo Bay this is a short flight out along a truly remote and rugged coastline to the historical Cape Otway Lightstation. Named 'The Beacon...
Tours
Helicopter over Apollo Bay Harbour and beaches
Buckle up for a quick sweep over the beautiful Apollo Bay harbour and local beaches. Take in the beauty of The Bay where the rolling hills meet the clear...
Tours
Bay of Islands and 12 Apostles (Helicopter or Aeroplane)
Apollo Bay Aviation offers as an optional add on to the 12 Apostles 'Great Southern Gateway' tour, adding approximately 15 minutes to the flight and taking...
Tours
Great Ocean Road - Apollo Bay to Lorne (Helicopter or Aeroplane)
Depart from Apollo Bay on this 30 minute spectacular.Along the way you will follow the Great Ocean Road which has been cut into the cliffs between Lorne...