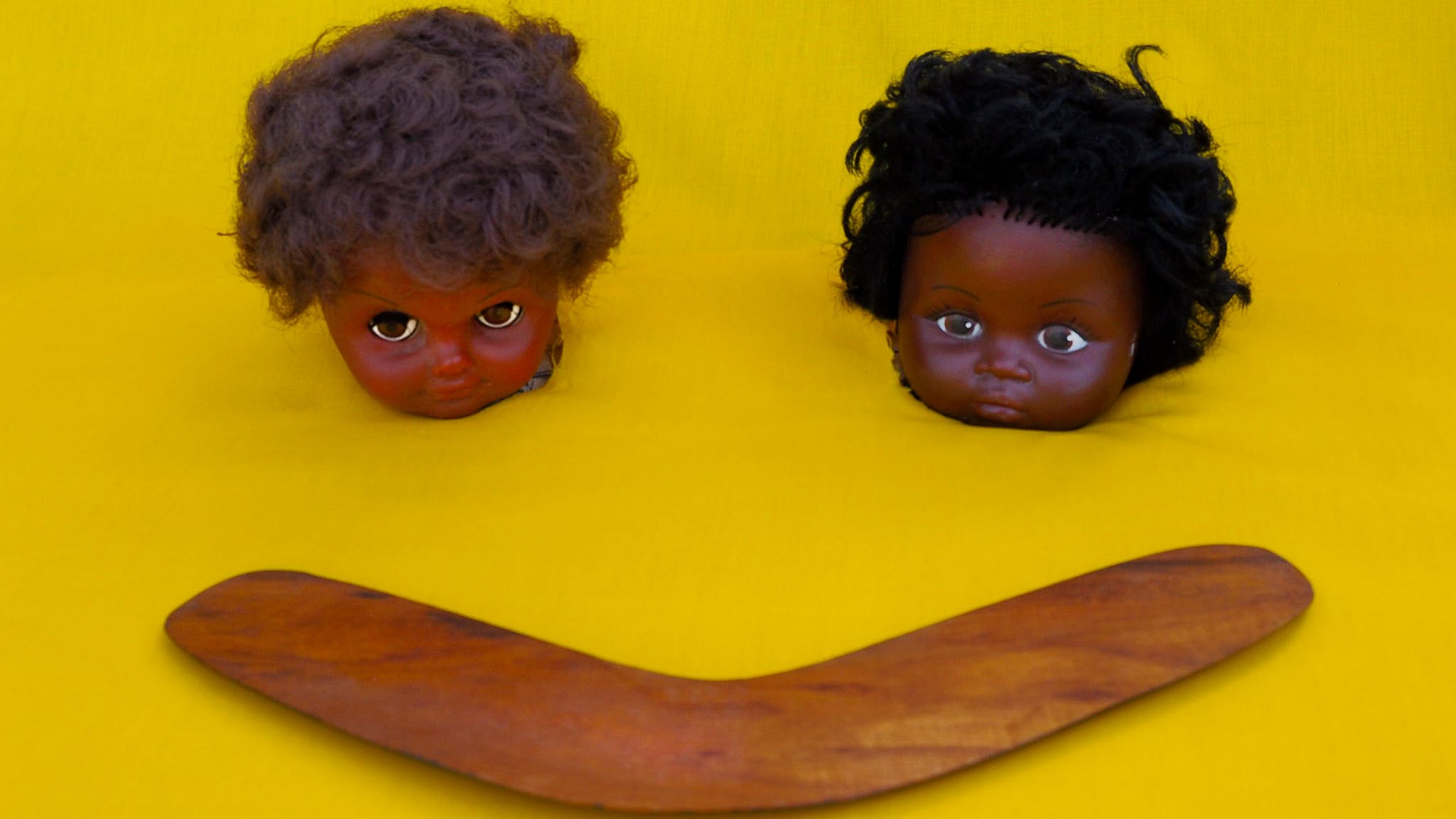 Destiny Deacon is one of Australia’s boldest and most acclaimed contemporary artists. In the largest retrospective of her work to date, DESTINY marks the artist’s first solo show in over 15 years. Featuring more than 100 multi-disciplinary works made over a 30-year period, the exhibition includes the premiere of newly commissioned works created with artist and long-term collaborator Virginia Fraser. Numerous early video works created with the late Wiradjuri/Kamilaroi photographer Michael Riley and West Australian performance artist Erin Hefferon are also on display.

A descendant of the K’ua K’ua and Erub/Mer people from Far North Queensland and Torres Strait, Deacon is internationally known for a body of work depicting her darkly comic, idiosyncratic worldview. Offering a nuanced, thoughtful and, at times, intensely funny snapshot of contemporary Australian life, Deacon reminds us that ‘serious’ art can also have a sense of humour.

Melbourne-based, Deacon works across photography, video, sculpture and installation to explore dichotomies such as childhood and adulthood, comedy and tragedy, and theft and reclamation. Her chaotic worlds, where disgraced dolls play out sinister scenes for audience amusement, subvert cultural phenomena to reflect and parody the environments around us.