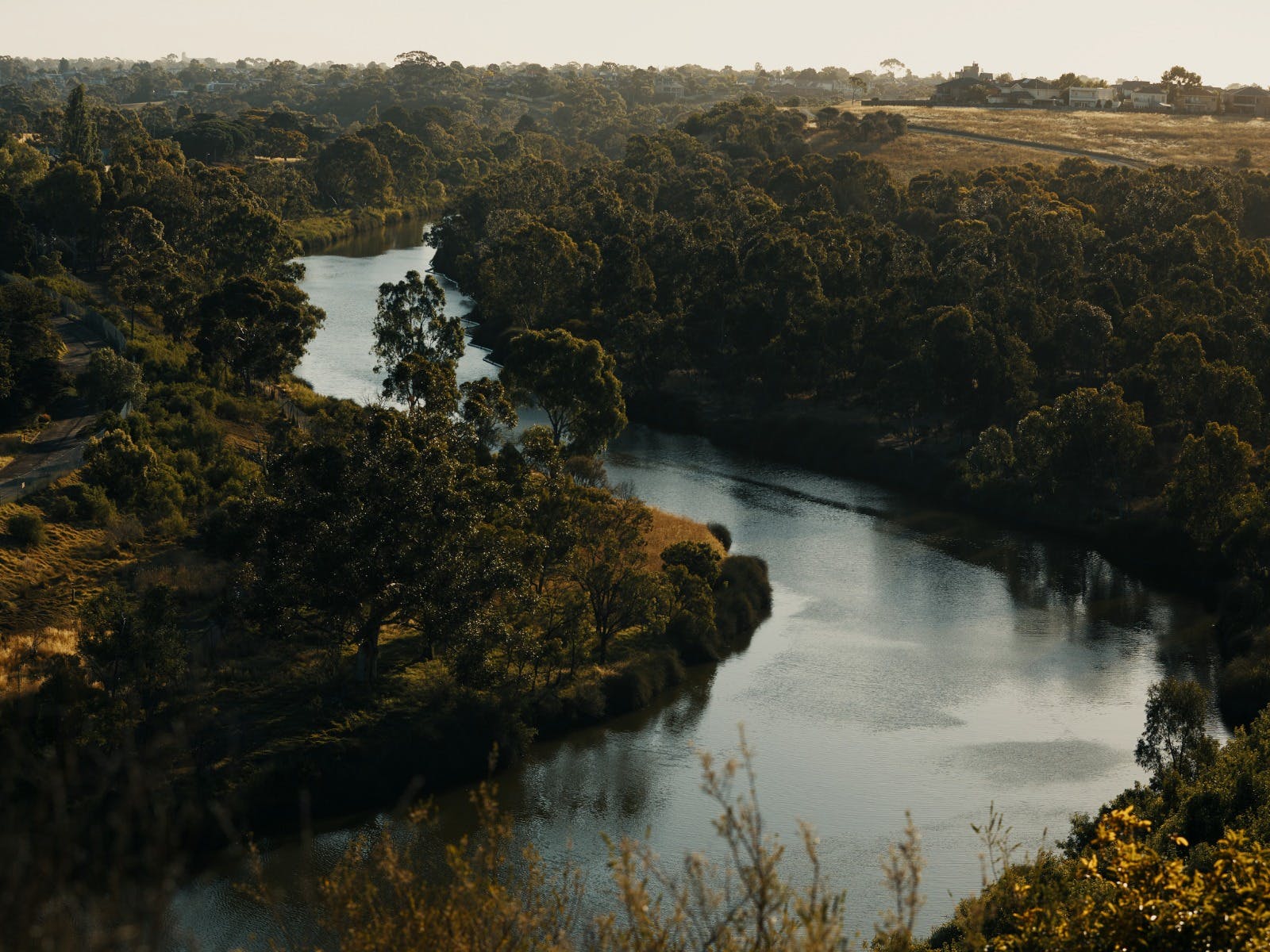 RISING’s nightly call in the heart of the city. A large-scale sonic artwork uniting the urban environment, Country and the people who call them home.

Hear the water swirl and flow. Its currents and eddies are bubbling, rushing and chanting all around you. The rivers are singing now, in the last light of the day.

Over six
... Show more
weeks in the lead-up to RISING, The Rivers Sing will wind its way along the Birrarung and Maribyrnong rivers, collecting river sounds and the voices of singers, in this large-scale sonic artwork composed by acclaimed opera singer Deborah Cheetham AO, with artists Supple Fox and Byron J. Scullin.

At the end of their journey the voices and volume will build, layer and combine before being projected by powerful long-range speakers across a 2km radius in the heart of Naarm, uniting an urban environment of concrete and glass, with sounds and stories collected on Country. This is our nightly call — head to an ancient meeting place on the river’s banks and hear a song for the night to come.

A river winds through an Australian bush landscape