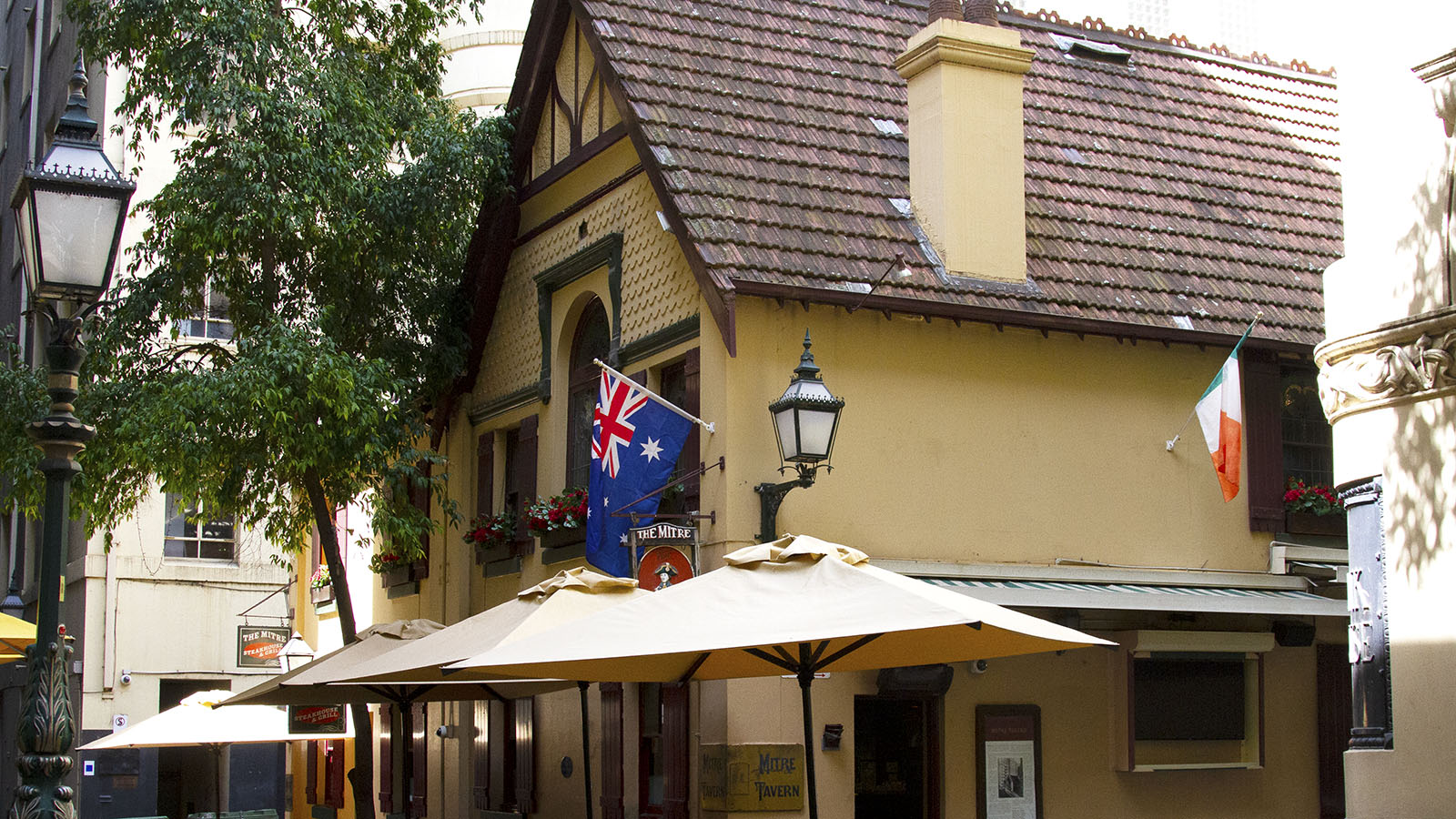 First established in 1867 (though believed to have been built prior to 1850), the historic Mitre Tavern is one of Melbourne’s earliest hotels. A two-storey brick build with concrete rendering in the style of an English pub, it's withstood multiple rounds of renovations – the medieval-looking facade actually dates to the 1920s. It's been a popular hub through the years with deer hunters and polo players, politicians and lawyers, architects and artists who've ducked under its low doorways and supped before its fireplaces. The atmosphere may be ancient but the pub has stayed up to the minute, with 35 beers on tap pulling in modern city punters for bevvies in the laneway beer garden.