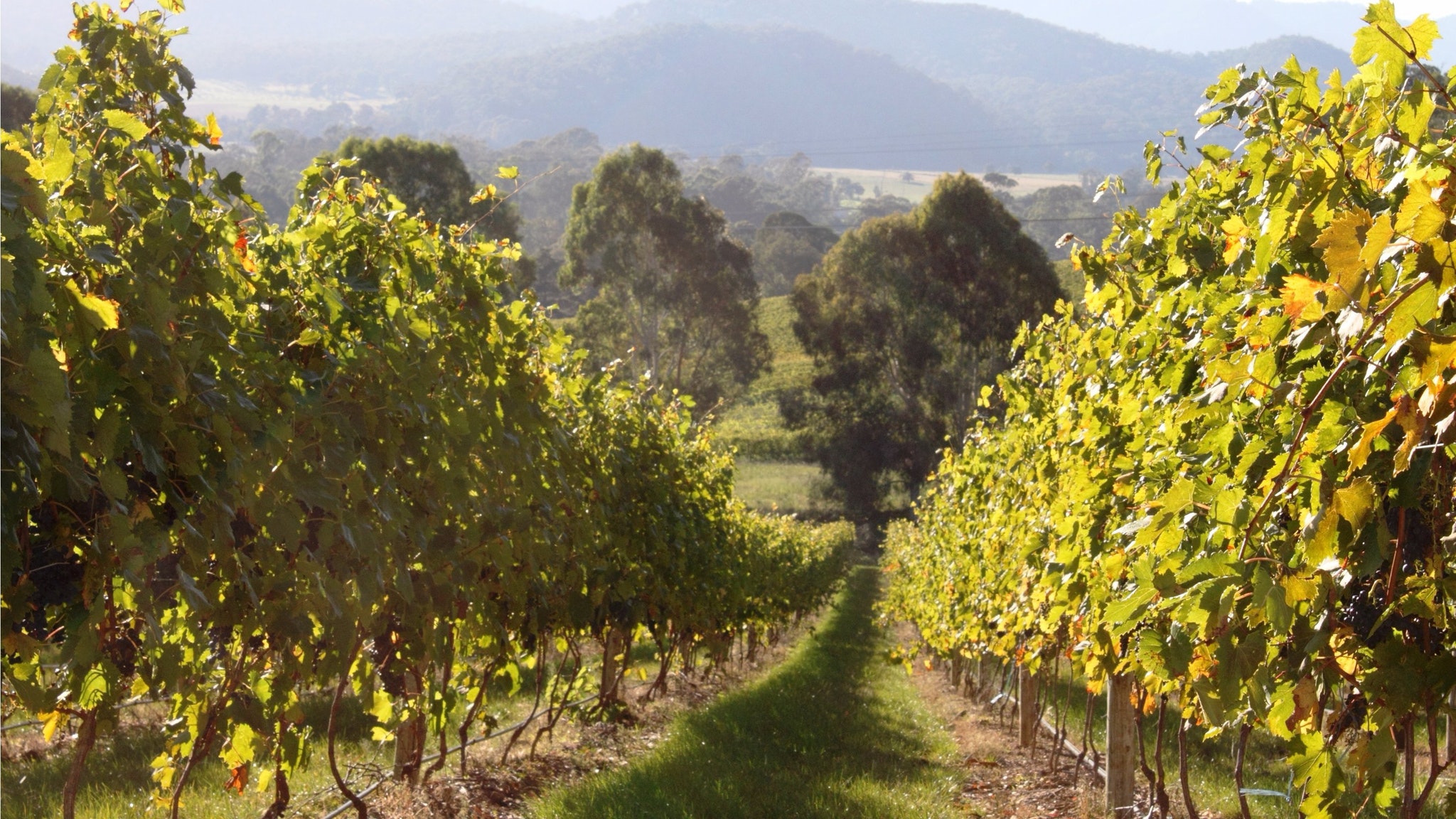 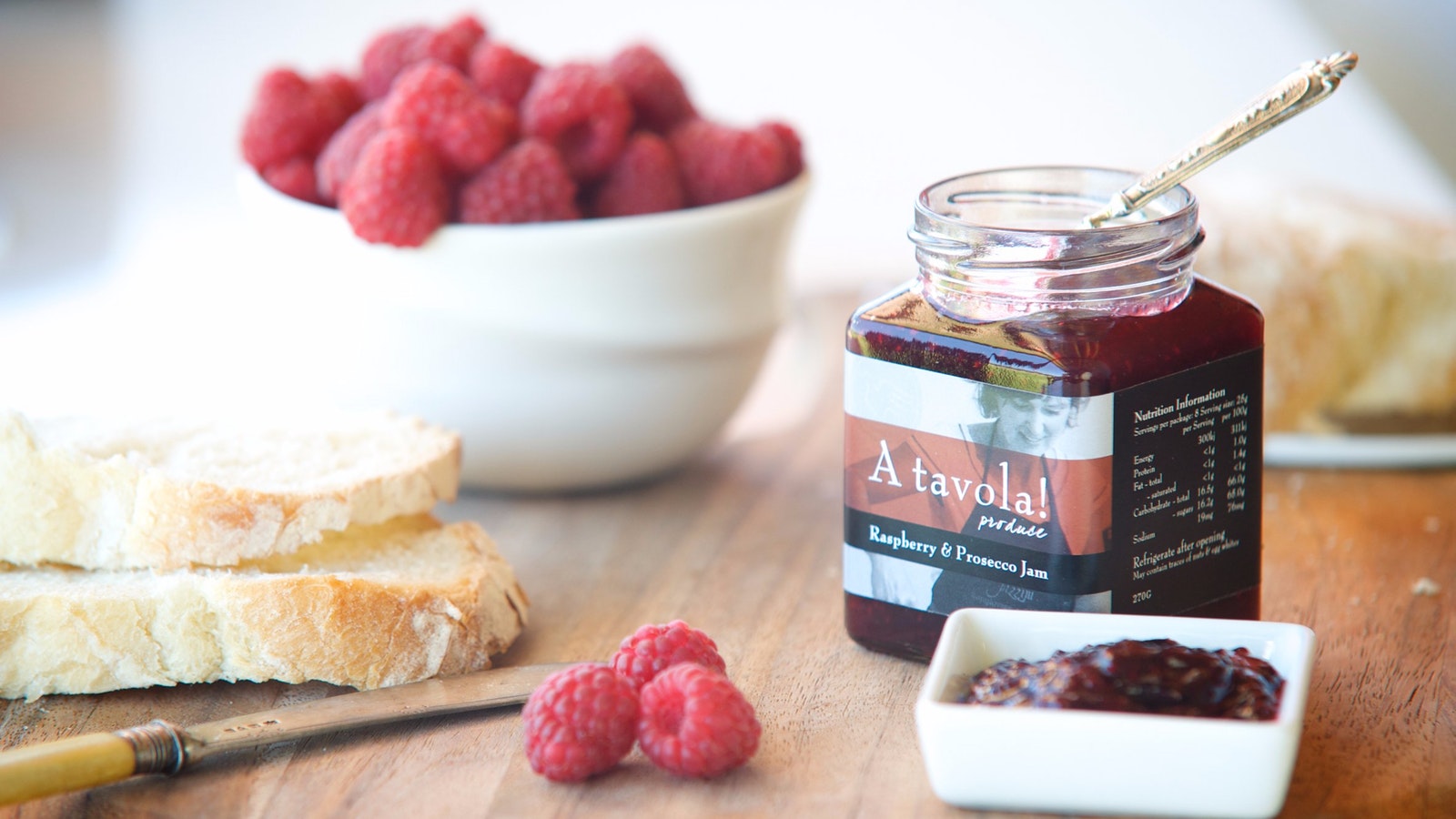 Punctuated by a morning tea in the picturesque township of Yea, you’ll be mesmerised by the staggering beauty on show during the drive from Melbourne to the High Country’s mountainous expanse, dotted with rolling vineyards and picture-perfect townships.

The first port of call on your two-day Acacia tour of the majestic King Valley is the family-run Prosecco Road champion Pizzini Wines, where you will enjoy a picnic in their beautiful gardens after a cheese-matched wine tasting. From there, take your pick of the neighboring vineyards.

Once you have checked into the greenery-shrouded retreat of Albertine’s Beechworth Boutique Hotel, prepare for dinner at one of the stars of regional Victoria’s dining scene, the much-awarded restaurant Provenance.

Situated in what was once the gold rush Bank of Australasia, chef Michael Ryan’s menu has been heavily influenced by his travels in Japan.

Setting out for the beauty of Bright, perched on a glittering stretch of the Ovens River cupped by mountains, take in the local vineyards and breweries in this breathtaking spot that’s best viewed from the peak of Huggin’s Lookout.

Drawing upon extensive local knowledge and relationships with a vast network of providers, Acacia Luxury Private Tours have carefully fashioned unique itineraries designed to showcase the very best each region has to offer.

Through a process of consultation, Acacia Luxury Private Tours gain an understanding of the clients’ own personal tastes and interests and willingly tailor itineraries to meet your discerning needs. That is the beauty of bespoke private travel.

Acacia are all about unsurpassed service, safety and total commitment to making your visit to this beautiful state a memorable one.

It is the added touches, or magic moments that set Acacia apart.

Tours
Melbourne City Private Tour (half-day)
Melbourne offers magnificent riches for the curious willing to lose themselves in hidden lane-ways and behind unmarked doors. Benefiting from an insider’s...
Tours
Phillip Island and Helicopter Private Journey
Waddling along in their little tuxedos, the penguins of Phillip Island are very dapper indeed. Why not raise your game and join them in the classy stakes?...
Tours
Melbourne By Night
Melbourne is a city teeming with creativity and its bars and restaurants are no exception with the most exciting venues often behind obscure doors, up...
Tours
Melbourne Laneways and Waterways
Snaking through the heart of the city, Melburnians like to gently rib one another over which side of the Yarra River they live on. The sepia-coloured Yarra...
Tours
Mornington Peninsula Private Tour
With the Mornington Peninsula offering so much diversity, Acacia’s unscripted private tours allow absolute flexibility to tailor the perfect day for your...
Tours
Daylesford and Macedon Ranges Private Tour
Begin your journey to the Macedon Ranges with a visit to a place of great mystery and natural beauty, Hanging Rock. If you aren’t already familiar with...
Tours
Ballarat and Sovereign Hill Private Tour
The jewel in the crown of the Goldfields region, a visit to Ballarat, with its remarkable Victorian architecture and open-air museum Sovereign Hill, feels...
Tours
Bendigo Epicurean Private Tour
Straddle the centuries as you explore both Bendigo’s bountiful past as a beneficiary of gold rush riches and its vibrant contemporary culture as a centre...
Tours
Melbourne to Adelaide Private Journey (three-day)
Australia’s great southern land is packed with so much to see and do. Leaving Melbourne, your first day’s escape will take in the roaring majesty of the...
Tours
Mount Buller Snowfield Private Tour
Standing just over 1,800 metres high, much-loved Snowfield destination, Mount Buller encompasses 300 hectares with the longest run stretching to two and...
Tours
Mornington Peninsula Wildlife Encounters Private Tour
Acacia’s Mornington Peninsula Wildlife Encounters tour allows you to learn more about Australia’s unique wildlife in a natural bushland setting. A great...
Tours
Mornington Peninsula Epicurean Private Tour
The Mornington Peninsula’s fertile soil and the creative flair of its local artisans have rightfully earned the region its reputation as one of Australia’s...
Tours
Melbourne Lifestyle Private Tour
Gain an insight into everyday life in the world’s most liveable city by tapping the inside knowledge of Acacia’s local guide. Venture in to Melbourne’s...
Tours
Mornington Peninsula and Helicopter Private Journey
Acacia’s Mornington Peninsula and Helicopter Journey is a specially crafted tour for those who appreciate the finer things in life. The tour kicks off...
Tours
Great Ocean Road Private Tour
Your Acacia journey along the Great Ocean Road begins in the township of Torquay, Australia’s celebrated capital of surf culture and home of the legendary...
Tours
Great Ocean Road and Helicopter Private Journey
From observing surfers ride the wild waves of Bells Beach to soaring high above one of Australia’s natural icons in a private helicopter, there’s so much...
Tours
Great Ocean Road Private Tour (two-days)
One of Acacia’s most exciting and ethereally beautiful tours, the Great Ocean Road deserves to be savoured. Why not make the most of your time travelling...
Tours
Great Ocean Road Walks and Wildlife Private Tour (three-day)
Share your love of the rugged Victorian coastline on this two-night tour that has you hiking portions of the Great Ocean Walk. Your first day whisks you...
Tours
Yarra Valley Private Tour
As you leave the suburban limits of busy Melbourne, the undulating hills of the Yarra Valley seem the perfect antidote. The first stop is to the award-winning...
Tours
Yarra Valley Epicurean Private Tour
The Yarra Valley accommodates some of Australia’s finest wineries and is a must for all cork-popping connoisseurs, but it’s equally celebrated for its...
Tours
Yarra Valley and Helicopter Private Journey
From the vineyards clinging to its undulating hills and tree-covered mountains to the river snaking through it, the Yarra Valley is one of Victoria’s most...
Tours
Phillip Island Penguin Express Private Tour
The beauty of making a break for Phillip Island is that its proximity to Melbourne, compact size, and the fascinating diversity of the local wildlife allows...
Tours
Phillip Island Private Tour
With pristine white beaches and iconic wildlife experiences, there is so much to see and do on Phillip Island, just 90 minutes from Melbourne. Acacia recommends...
Tours
Phillip Island Wildlife Encounters Private Tour
Attention animal lovers - all your dreams will come true with this enviable adventure along the Victorian coast. Your Acacia guide will transport you to...
Tours
Mornington Peninsula Spa Indulgence
It’s hard work taking in the magic of the Mornington Peninsula’s world-class food and wine scene, so Acacia has made it easy for you. What better way...