For chef David Kapay, the best part of coming home to Wodonga on the Murray River, is the chance to finally slow down. After 14 years working 'crazy hours' and earning acclaim in the London kitchens of top chefs, he savours time spent with family and the chance to give back to his local community.

'A lot of life's lessons are learnt in the kitchen; patience, resilience, compassion.' he says. 'But this place, it's the perfect shift in pace from a busy kitchen. By the river, you just look at life with fresh eyes.'

Drawing on his experience of working for the industry's biggest names while abroad, David returned to The Murray with plans to open his own restaurant. Miss Amelie serves up classic European dishes, driven by the seasons and availability of local, quality produce.

The restaurant is housed in the former Wodonga railway station, a busy station until it closed in 2010. The site is now a new hospitality hub, with coffee house and wine bar and craft beer barn.

'The romance between cafes and restaurants now housed in these old buildings is a real drawcard for Wodonga,' he says. 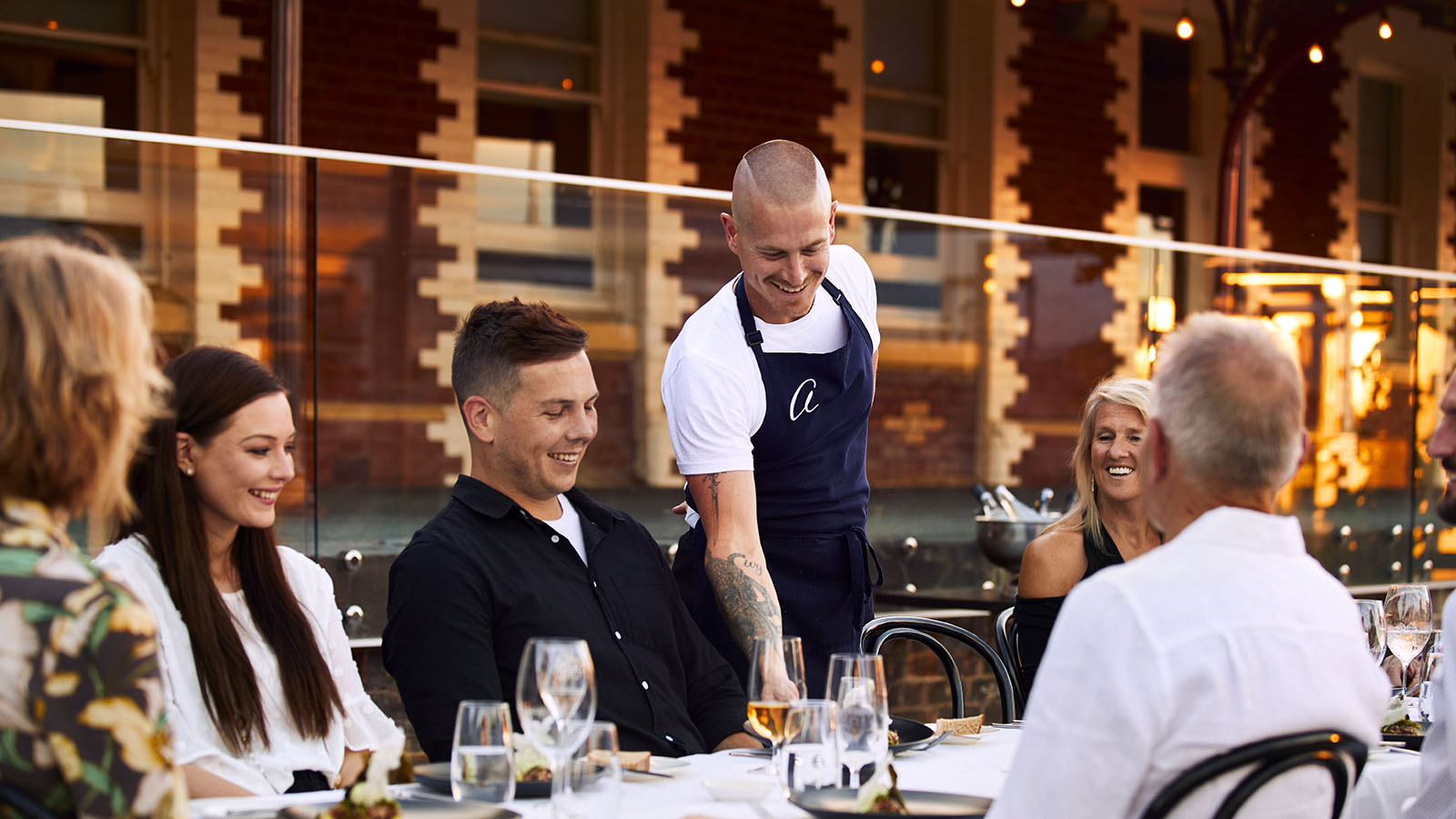 The success of the restaurant has seen an offshoot of new ventures, which includes stylish wine and cocktail bar, 'Little Miss'. In 2020, he started Miss Amelie Gourmet, a food store that sells artisan bread, pastries and pantry supplies, along with 'heat and eat' restaurant-quality dishes.

Through Miss Amelie Gourmet, David shines a light on the first class produce of the region. 'You can get things here that you can't get at Melbourne markets,' he says. Among this, is the produce grown in the local Bhutanese community farm, set on the banks of the Murray River. Unique Bhutanese vegetables are grown here, by a group of dedicated farmers.

'A super important part of Miss Amelie's culture and ethos is reaching out to smaller producers and inviting them back into the restaurant and creating these amazing dinners using their produce,' he says.

'At the end of the day, it all comes back to community. I feel great privilege tasting the fresh produce from local growers and putting it on the menu.'

Miss Amelie plays host to regular community dinner and degustations, where David and his team reach out to local producers and farmers. The idea is to bring them into the restaurant and create delicious meals using their produce, in order to showcase who they are and what they do.

'I make sure I take the time to meet new people and really get to know who there are and what they’re growing,' he says. 'People look after my well-being by coming to my restaurant, so it's about how I can make a difference in the local community. That can't be undersold.' 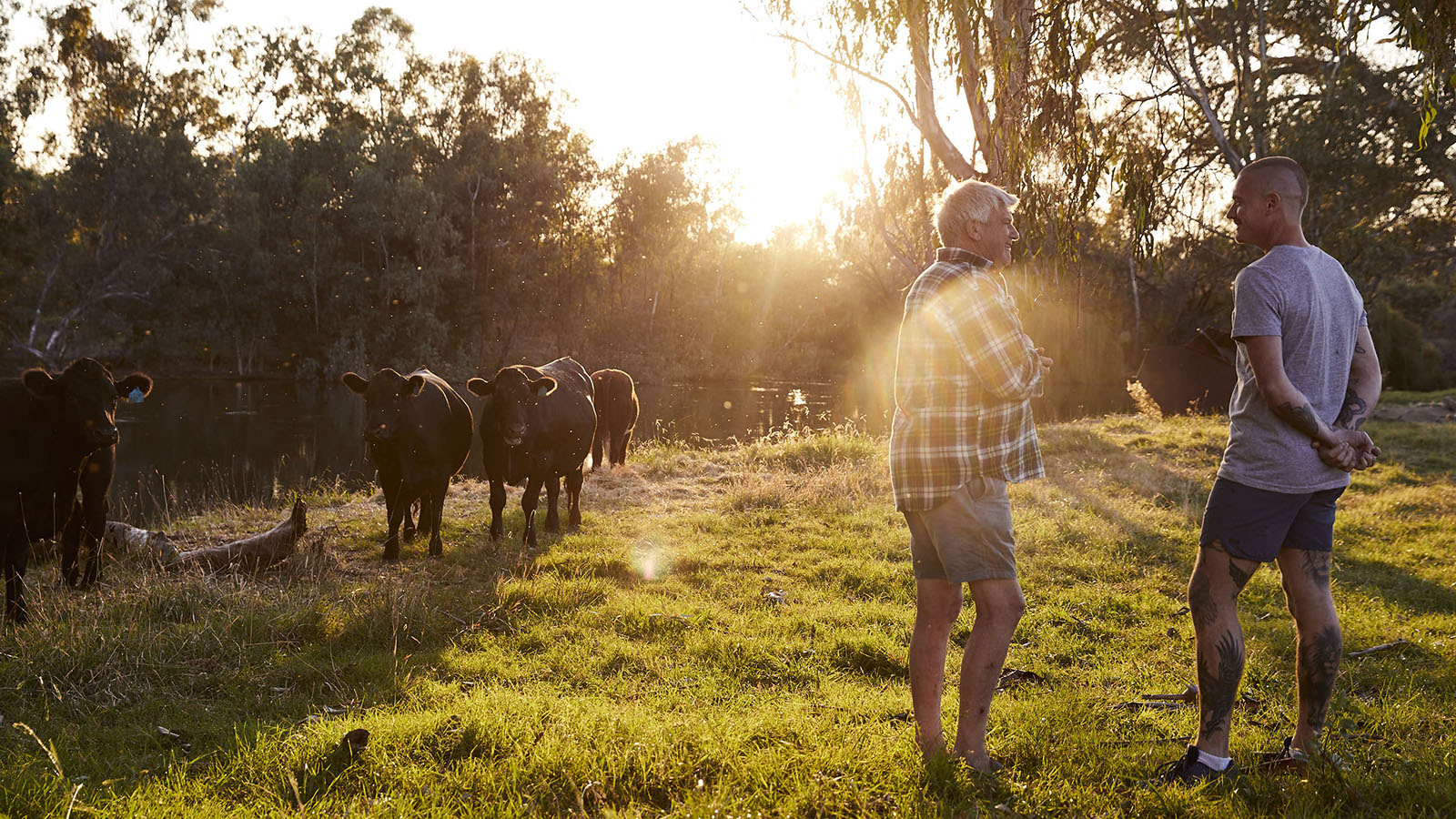 A world away from the frenetic pace of London's kitchens, David now starts the day with exercise, running up a hill that overlooks the town, watching the sun break over the land.

'[There's] something so beautiful about our region and especially here in Wodonga, the incredible landscape, the Murray River, the paddocks, the pastures, especially leading into the beautiful wineries we have so close by,' he says. 'Watching the cattle feed on the hay, watching the sunset – it's something some people go through the whole lives only seeing in the movies, so I think we're blessed to have this on our doorstep.'

The region's eponymous river is the lifeblood of his community, connecting chefs to local producers. 'It's the water that the cattle drink, it's the minerals the vegetables feed off,' David says.

'The Murray River intensifies simplicity. It's so peaceful and so beautiful. It's something we really treasure.' 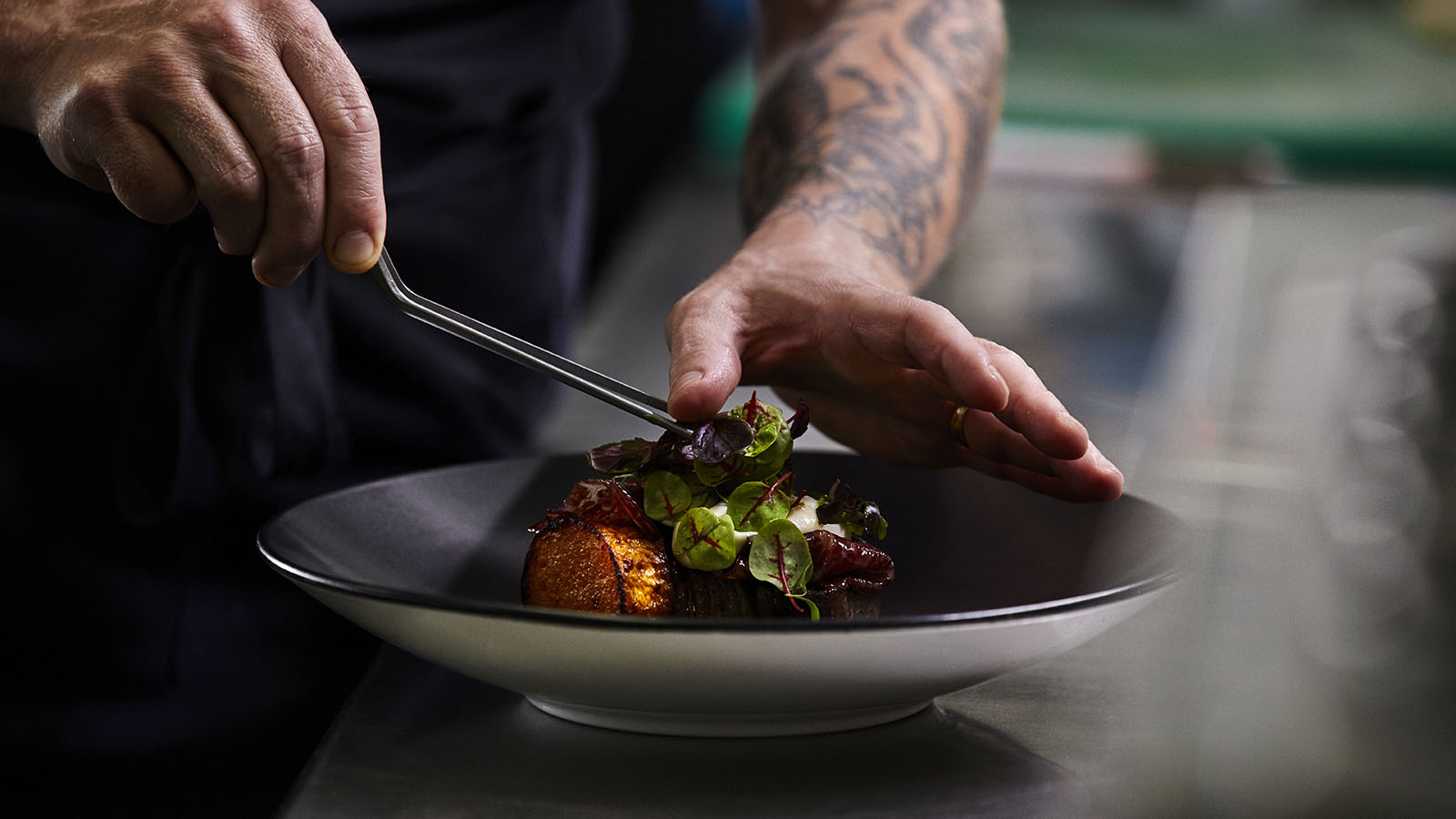 David is driven by a sense of pride by his local region, and what he and his team achieve in the day to day running of Miss Amelie.

'There's nothing more special for me than walking the floor of the restaurant at night and stopping at each table, having a small conversation, clearing a napkin, topping up water… Just looking in their eye and asking them how they are. Seeing the impact of something small like that – it's what drives me.'

Destinations
A modern city with a country style, Albury Wodonga is a charming mix of heritage buildings, vibrant shopping precincts, and fine food and wine.

Victoria's regions
Replenish the soul, reconnect with nature and share the best of the outdoor life amid the sunny climes of the vibrant Murray River region.

Nature & wildlife
A mountain stream in its upper reaches, the river turns into a meandering river lined with magnificent forests of red gum and sandy beaches.

The Murray
Owner and executive chef of Miss Amelie, David Kapay shares some of his favourite places in Wodonga and surrounding regions.

Stay close, go further
Follow The Murray's makers, growers and creators to some of their favourite places.

The Murray
Choose the accommodation that suits you and your holiday, from sunny riverside caravan parks, hotels and family houseboats to sleek modern resorts.

The Murray
From wineries and hatted restaurants to country pubs and farm gates, the list of eateries and boutique producers grows with each passing year.

Victoria
Get the best of Victoria delivered to your door. Buy online now – direct from the chefs, makers, growers and creators.