It's the peacefulness and special beauty of The Murray region that city-slicker ecologist Deborah Bogenhuber first fell in love with. She hasn't looked back since her move to Mildura in 2008, where she has joined with the community to co-found the successful Food Next Door Co-op.

Deborah is drawn to the rhythms of this regional community on the Murray River. She's found a slower pace here, with relationships that are strong, tight-knit and diverse. It's both community and the land itself that keeps her grounded in this incredible place.

'It's like the river gets into your bones,' Deborah explains. 'You can feel the spirit of the river and the spirit of the flood plain.' At sunrise the connection is strong. There's a 'sense of history, like you are walking on ground that so many people have walked on before you'.

'The red gums [are] these old beautiful trees that feel like they have all these stories in them.'

The Food Next Door Co-op sprouted from Deborah's involvement in Mildura's Slow Food Movement – a push to preserve traditional produce and processing methods, producing food in sustainable ways. It was clear 'there was a strong desire in the local community for better access to local produce'. 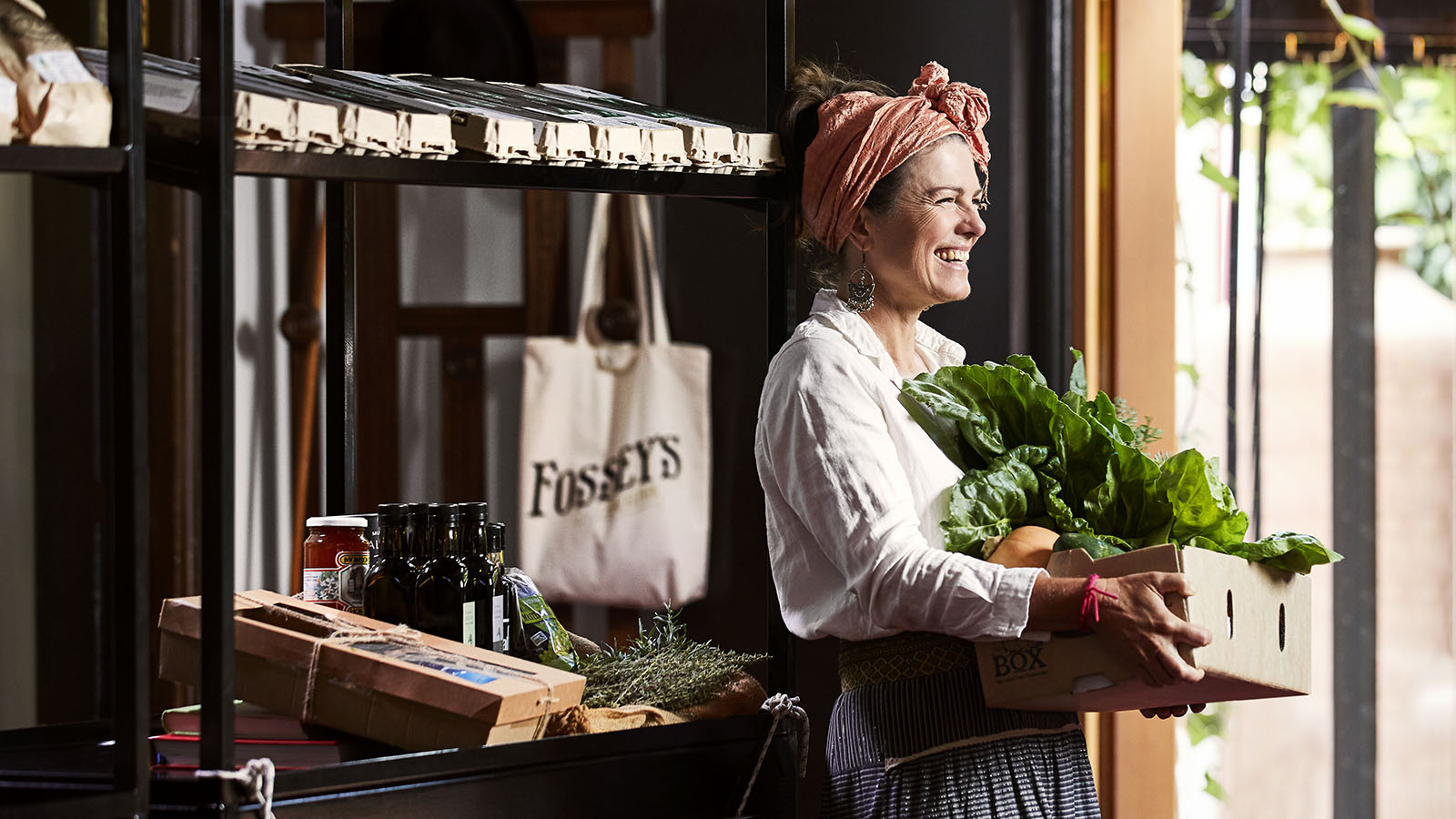 First, Deborah and other local slow foodies found under-used farmland around Mildura for growing. The problem was was, there were too few locals willing and able to work it.

'We had access to land, we had people who wanted local food, we had people who wanted to do the distribution. But we didn’t have any farmers. So then we connected with new migrant farmers in Australia. One group of those farmers were from Burundi, a small country in East Africa. They have a very, very strong connection to farming and were farmers before they came to Australia.'

It was a perfect partnership. Next she created Out of the Box, a subscription-based distribution of locally-grown, seasonal food, that now flows from the Co-op's small-scale market gardens, to fill the pantries of local community members.

'Out of the Box is now a weekly local produce box scheme. It connects people directly with who's growing their food, with how they grow their food.'

‘We found a way to bring quite diverse parts of the community together and it’s creating a stronger community. It makes everyone who’s involved feel like they’re part of something bigger than themselves.’

Deborah's passion for the environment, her training as an ecologist and her drive to care for the planet form a huge part of the inspiration behind Food Next Door Co-op and its success.

Through her work she's discovered her creative side and an ability bring people together in the community. 'I'm a good connector.'

People of all ages have got behind the project, and volunteers are integral to Out of the Box. 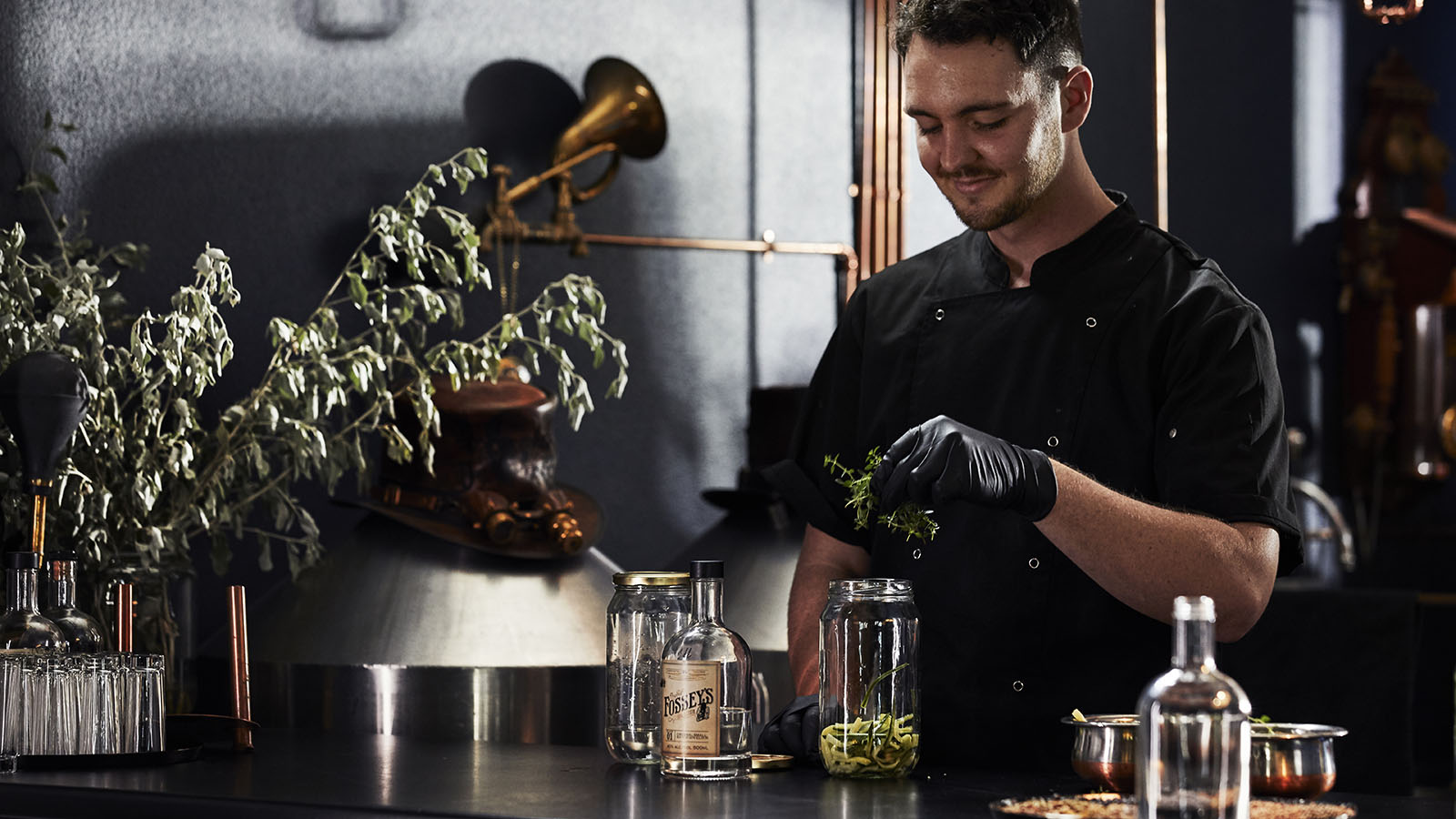 The Co-op uses regenerative farming practices on their two farms, which over time has improved the soil health on the farms. This is not only good environmentally, but crops are ‘really strong, really full of flavour, really sweet. You can taste the difference compared with something you might buy from the supermarket.’

The ultimate vision of the Co-op is to use more empty land around Mildura for diverse, productive market gardens, growing local crops, for local people.

Most of the farmers for Food Next Door are from East Africa – Burundi and the Democratic Republic of Congo. Their staple food is ugali, which is made with white maize flour. It's similar to polenta and is eaten every day – so maize is the main crop grown by the farmers. It connects the farmers to their home and gives a greater sense of belonging in Australia.

‘Food is the glue that holds things together,’ Deborah explains. ‘It’s something we all share regardless of where we come from. It’s a strong part of our identity.’

Relationships with local producers, supporters and restaurateurs are another important aspect of Food Next Door’s work. One such relationship is with Solunar, a Mildura cafe that features the Co-op's fruit and vegetables on its menu in an ever-changing seasonal dish called 'Out of the box, into the bowl'.

‘Brad Fyfe who runs Solunar is the sort of chef who will take what’s there out of the ground in front of him and turn it into something creative and amazing,’ Deborah says. The dishes often feature traditional East African foods grown by Food Next Door farmers, and are hard to find elsewhere in Victoria, such as small white eggplants and lenga-lenga (amaranth leaves).

Renowned Mildura chef Stefano De Pieri also cooks with the produce. Gin-distillers at Fossey’s Ginporium are also on board. ‘They’ve recently had a chef come on and he’s been experimenting with some of the produce that’s come off the farm.’ The distillery often incorporates Murray River region flavours and ingredients – such as saltbush – into its gin, so this is a natural fit. 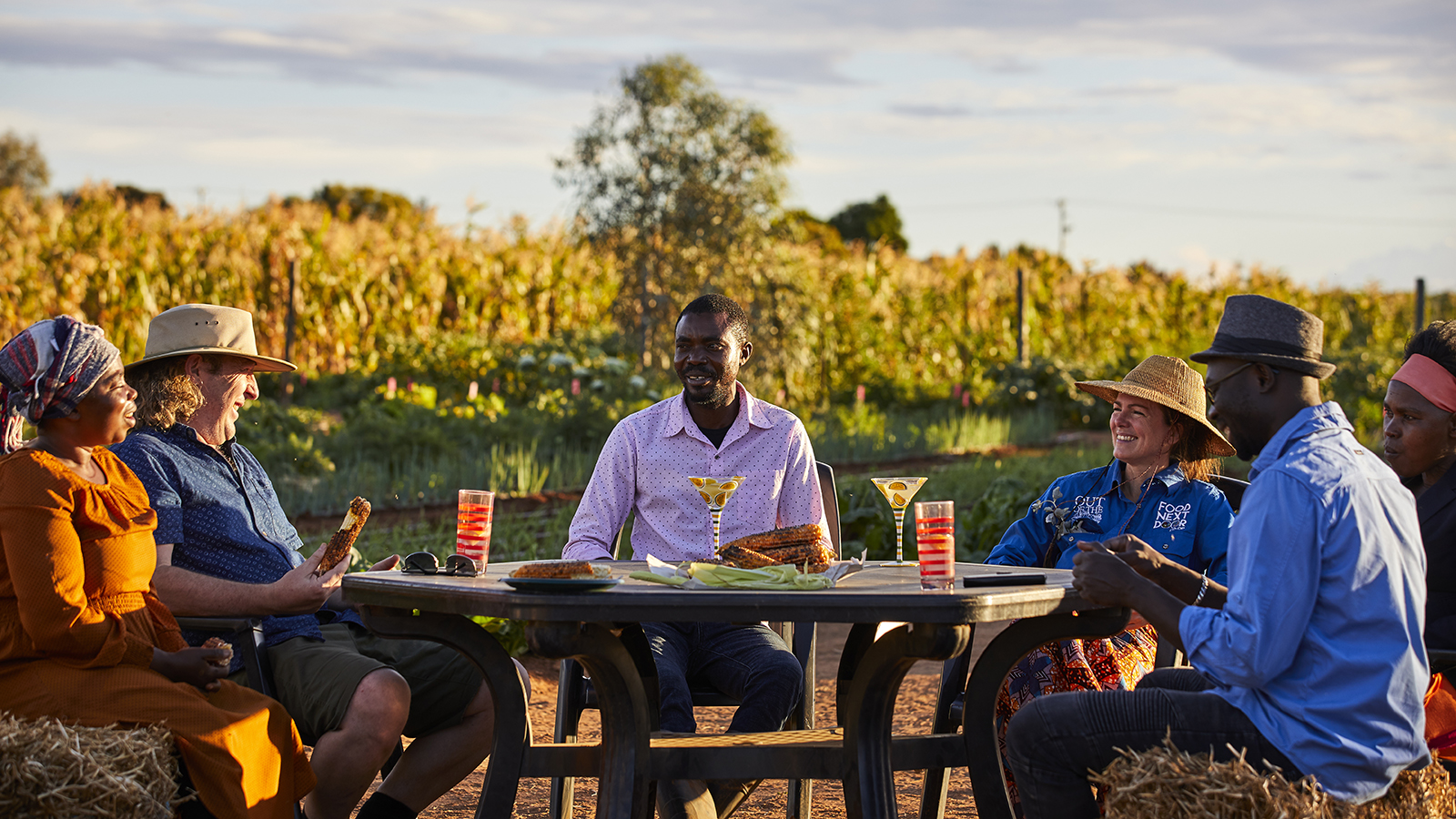 'The energy of the land is in the food that our community is eating. So it’s a really beautiful cycle.’

As Deborah explains, ‘Out of the Box has helped the Co-op to communicate this other way of running a food system that’s based on strong relationships with growers and between growers.’

Being on the farm makes Deborah feels connected to the earth and the diverse Murray River community. 'You feel grounded. It brings you back into the present. When you grow food you see the cycle of life ... It's healing.'

Victoria's regions
Replenish the soul, reconnect with nature and share the best of the outdoor life amid the sunny climes of the vibrant Murray River region.

Nature & wildlife
A mountain stream in its upper reaches, the river turns into a meandering river lined with magnificent forests of red gum and sandy beaches.

The Murray
Say hello to Deborah Bogenhuber, co-founder of the Food Next Door Co-op, and get the lowdown on her favourite places around Mildura.

Stay close, go further
Follow The Murray's makers, growers and creators to some of their favourite places.

The Murray
Choose the accommodation that suits you and your holiday, from sunny riverside caravan parks, hotels and family houseboats to sleek modern resorts.