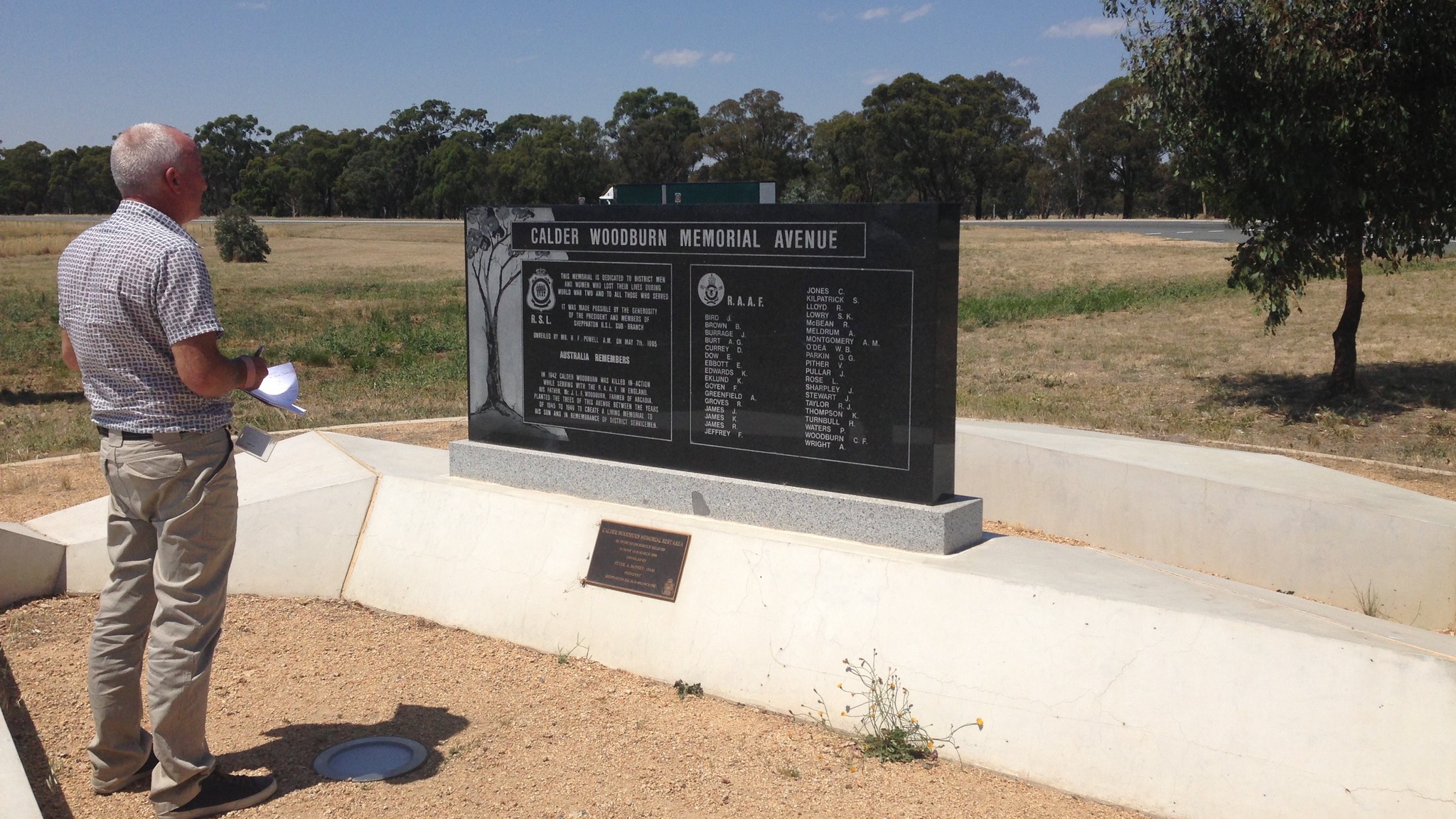 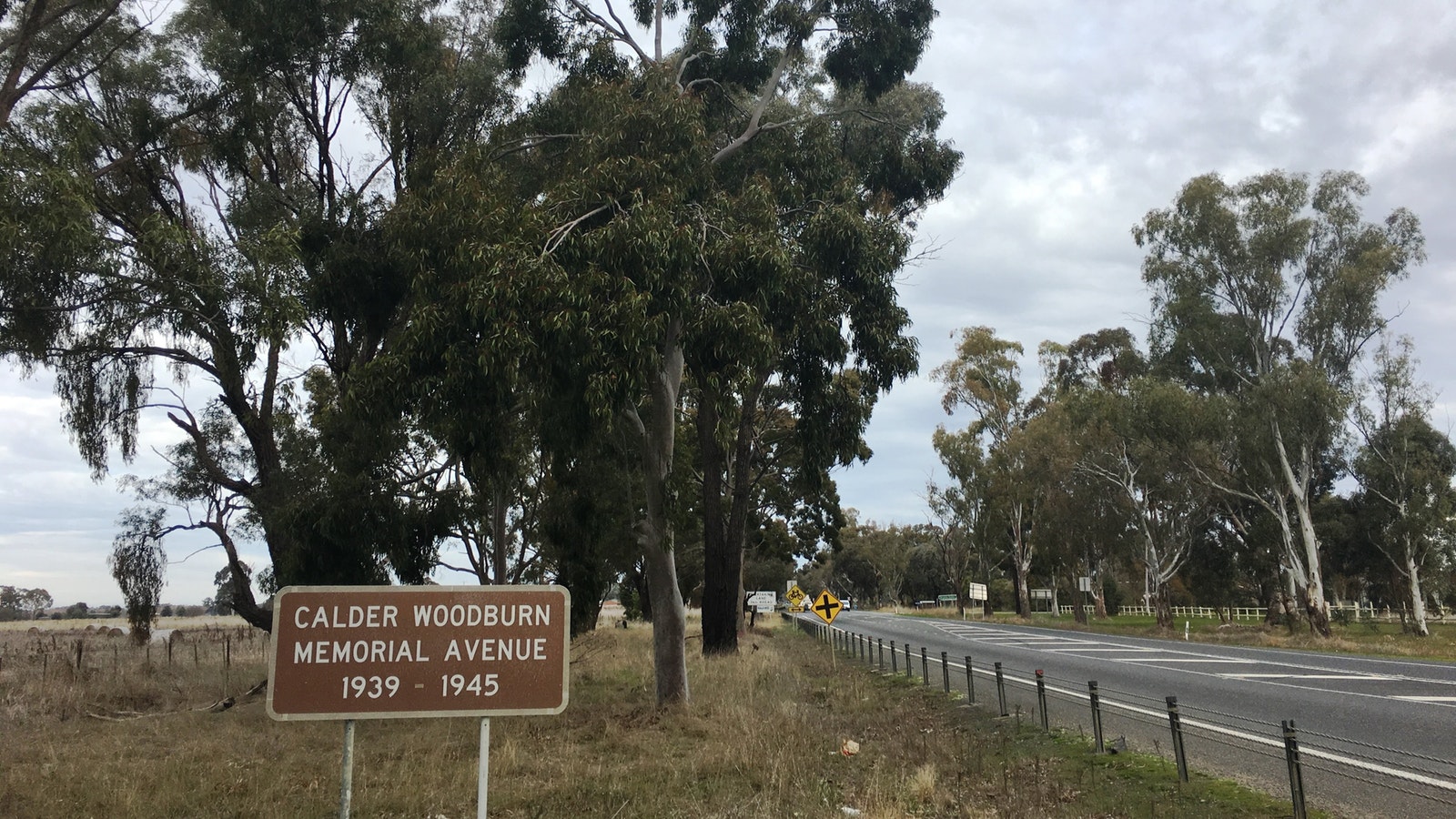 In 1942 Calder Woodburn's Hampden bomber aircraft and crew were lost when returning from a night mission over the coast of France.

His father, Mr James Louis Fenton (Fen) Woodburn, wanted to develop an avenue in honour of the fallen. Planting by Mr Woodburn began in 1945 in consultation with the Country Roads Board, the local RSL branch and two local shires. Planting continued until 1949.

Mr Woodburn consulted with families of deceased servicemen to arrange for trees in their honour to be sited nearest the home of each one. Name plates were commissioned and installed, marking the trees of 110 men.

It is significant for commemorating all those who served in World War II from Shepparton and surrounding areas and for being planted by one man, Fen Woodburn.

The rest area featuring the RSL Monument can be accessed from the northbound carriageway of the Goulburn Valley Highway approximately 20 kilometres south of Shepparton. The monument explains the Calder Woodburn Memorial Avenue and bears the names of all local servicmen who lost their lives in World War II.